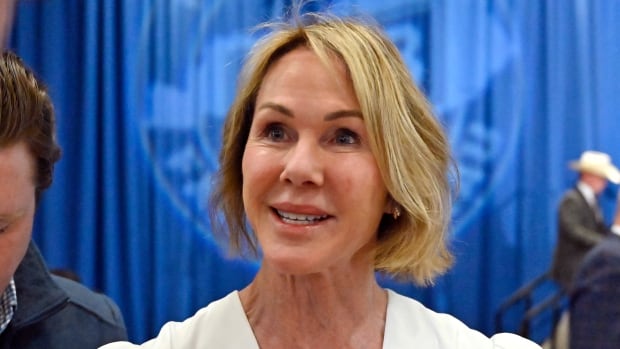 This item is part of Watching Washington, a regular dispatch from CBC News correspondents reporting on U.S. politics and developments that affect Canadians.

One of former U.S. president Donald Trump’s most trusted appointees, who played a pivotal role in the renegotiation of the North American Free Trade Agreement, is entering the crowded race to become governor of Kentucky.

In a letter posted on her website, Craft said: “I am not looking for a job. I’m looking to get one done.”

“There are tough decisions being made every day around kitchen tables in Kentucky. We’re in rough times and people need help.”

Despite serving during one of the most difficult moments in the Canada-U.S. relationship, Craft was well liked by top Canadian officials during her two years in Ottawa, largely because she had Trump’s ear and was seen as having influence in the White House.

“I wish her well. She’s a good person and a great friend,” said David MacNaughton who served as Canada’s ambassador to the U.S. during the same time period.

Craft acted as Trump’s voice in Canada during the renegotiation of NAFTA, after the former president had threatened to tear up the free trade agreement.

After months of difficult negotiations, the U.S. first reached an agreement with Mexico in September 2018. Canada signed on a month later.

Craft is a staunch defender of Trump, standing by the former president in the wake of the Jan. 6 Capitol Hill riots, and his continued lies that the 2020 presidential election was stolen from him.

During an interview with Power & Politics during Prime Minister Justin Trudeau’s trip to Washington in November of 2021, Craft dodged questions about the impact of election fraud lies on democracy.

At the time, she also confirmed she would back Trump if he were to run for President in 2024.

“I am absolutely a huge fan of Donald Trump and will be supportive of whatever decisions he makes,” Craft said.

Craft, a Kentucky native, must first win the Republican nomination, in order to challenge Democratic Gov. Andy Beshear in the general election next November. The party votes are in May 2023.

While Kentucky has tilted Republican in recent years, Beshear has consistently received strong approval ratings. The state has posted records for job creation and investments during his term and has recorded its lowest-ever unemployment rates.

Beshear also has won praise for his administration’s responses to the extreme weather that’s hit the state in recent months. Historic flooding in the eastern part of Kentucky killed 39 people in August. A series of tornadoes ripped through the western part of the state last December, killing 80 people.

During her time in Ottawa, Craft said she believes in “both sides of the science,” when it comes to climate change.

“I think that both sides have their own results, from their studies, and I appreciate and I respect both sides of the science,” Craft told the CBC’s Rosemary Barton in an interview in October 2017.

The new U.S. ambassador to Canada on the science of climate change

Kelly Kraft takes up her post in Ottawa today telling the CBC’s Rosemary Barton that she believes in “both sides of the science” of climate change.

Craft is married to coal magnate Joe Craft, and they are longtime Republican donors, contributing millions of dollars to the party and GOP candidates.

The Crafts have also been major donors to academic initiatives in Kentucky, and she stressed her commitment to education in her campaign rollout on Wednesday.