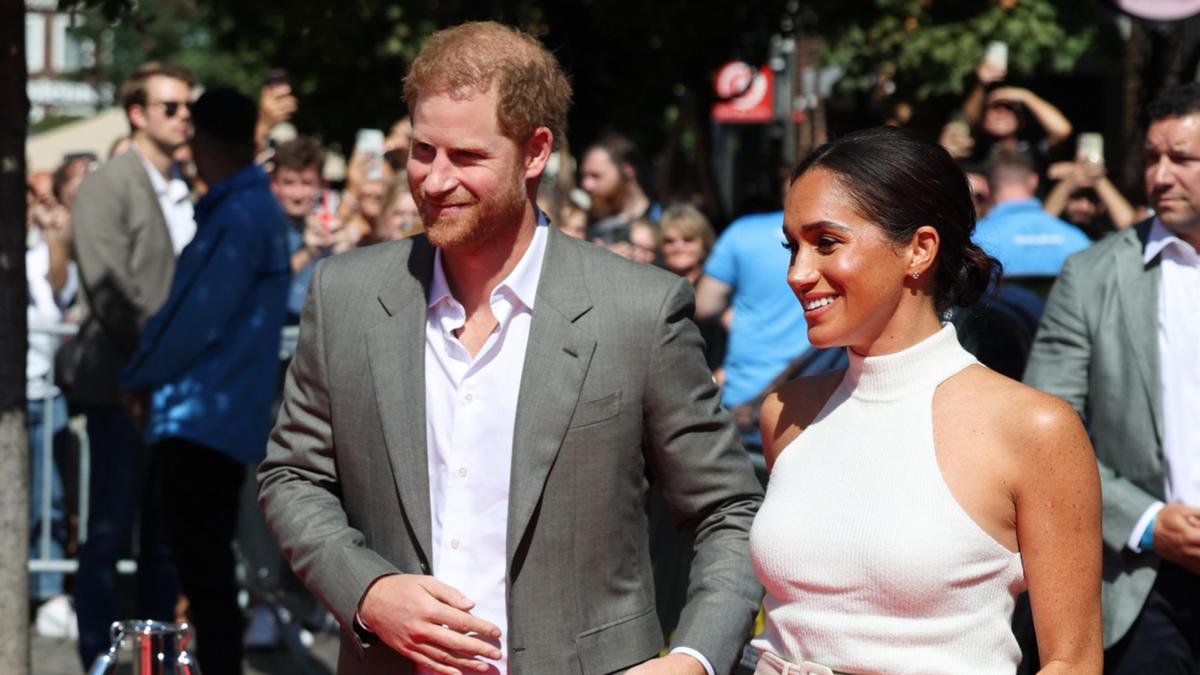 They profess to hate the stifling formality and archaic traditions of royal life. But everything about Harry and Meghan’s visit to Germany screamed royal tour-lite.

Perhaps, remarked one royal household insider archly, that’s because the institution has spent decades perfecting what works best – and they know it.

“Or could it be that they don’t quite hate what we do as much they profess,’ the source added, eyebrow raised.

The Duke and Duchess of Sussex left the Queen’s estate at Windsor, where they are staying at Frogmore Cottage, their UK home, in a fleet of royal-style Range Rovers with a team of bodyguards including a several ex-Scotland Yard protection officers.

When they arrived in Dusseldorf the preparations had all the hallmarks of a royal visit, despite the local police saying it was a “private visit” – unlike Prince William’s 2016 trip to the city – and “business as usual”.

A police source said temporary “rolling” roadblocks were set up at key junctions along the three-mile route from Dusseldorf airport to the city centre to allow the convoy of vehicles transporting Harry and Meghan to avoid being stuck in traffic on their journey.

There were no police motorcycle outriders and accompanying police cars did not turn on their flashing blue lights.

But the source said a vehicle carrying a doctor and medical equipment would be part of the convoy for the three-mile drive into the city, although this could not be confirmed.

Only the Queen and the Prince of Wales are accompanied on royal visits by a doctor.

City officials rolled out the red carpet and officers were on hand to help with “crowd control” in the market square where the couple posed for photographs with officials and, surprise surprise, embarked on a royal-style walkabout.

The Sussexes spent 15 minutes happily meeting fans, with Meghan posing good-naturedly for a number of selfies.

They were there for the One Year To Go event for Invictus Games Dusseldorf 2023, the inspirational Paralympic-style event for servicemen and women founded by the prince.

They were met on the red carpet by Dusseldorf mayor Stephan Keller and a senior member of the German military, before being introduced to a bulldog wearing the Invictus logo and a military mascot called Loki.

The visit came as it was was revealed that in the latest episode of her Archetypes podcast, Meghan says her husband was lucky to have married her – and that he agrees.

Discussing the issue of being single and what marriage means for women, she says: “When I started dating my husband and we became engaged everyone was like, ‘Oh my god, you are so lucky he chose you’, and at a certain point, when you have heard this a million times over, you think, “I chose him too’.

“But thankfully I have a partner who was countering that narrative for me going, ‘They’ve got it all wrong, I’m lucky because you chose me’.

“It’s gendered and its archetyped (sic) and its stereotyped, ‘You’re so lucky’.”