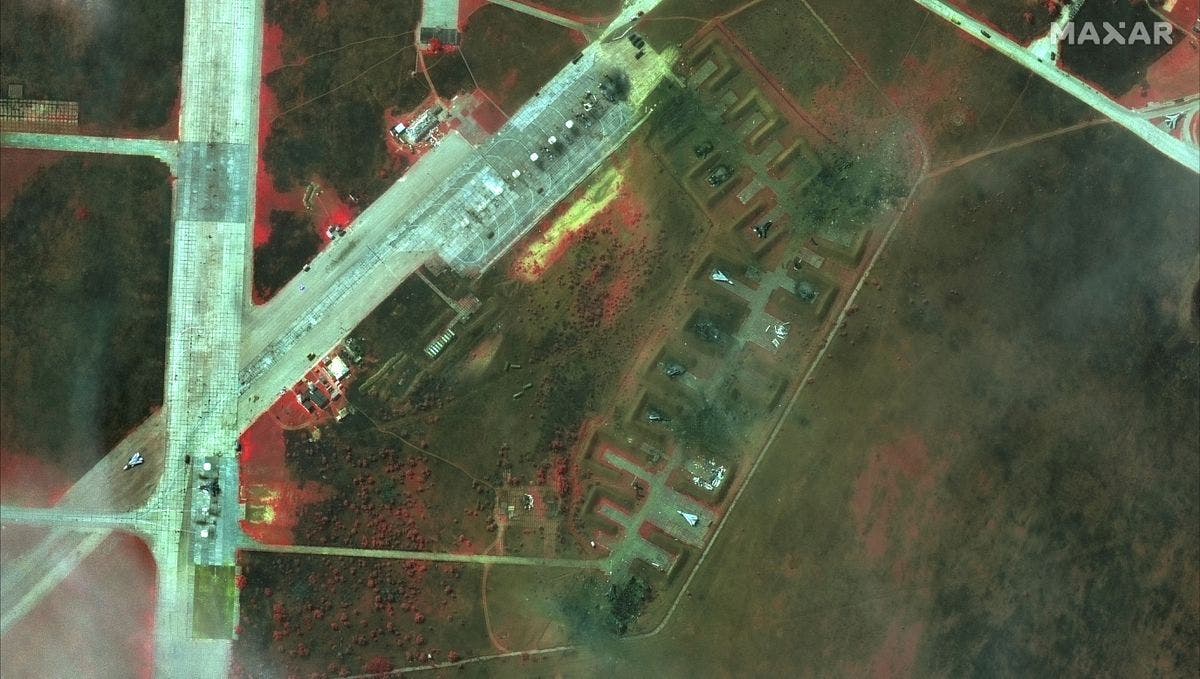 Ukraine has claimed responsibility for the mysterious and powerful attack at a Russian airbase in Crimea in early August, stating that the motive behind the combined explosions of “series of successful missile strikes” was to drive the war in Ukraine closer home to Russians.

Russia’s invasion and war in Ukraine is “remote” in nature for “most average Russians”, the country’s top military officials said on Wednesday.

“Thanks to this lack of proximity, they perceive not so painfully all the losses, failures, and most importantly, costs of this war in all its senses,” Valeriy Zaluzhnyi, Ukrainian general and commander-in-chief of the armed forces, and Mykhailo Zabrodskyi, lieutenant general and first deputy chairman of national security, wrote in an op-ed for national news agency Ukrinform.

The military officials said the Ukrainian armed forces made successful efforts to “physically transfer the zone of hostilities to the Crimean territory” proving it to be a convincing example.

Claiming the responsibility for the powerful explosions that took place on 9 August on the Saky base in the west of Russian-ruled Crimea, officials said they achieved their goal “by a series of successful missile strikes on the enemy’s Crimea-based air bases, first of all, the Saki airfield.”

“The task of the Armed Forces of Ukraine for 2023 is to make these experiences even sharper and more tangible for the Russians and for other occupied regions, despite the massive distance to the targets,” the military officials wrote.

At least one person was killed and five others were injured during the attack on the air base near Novofedorivka.

Captured by Russia in 2014, Crimea has been spared the intense bombardment and artillery combat by Moscow which at the same time have struck places in other areas of eastern and southern Ukraine since February 24, when president Vladimir Putin ordered Russian armed forces into Ukraine – including some based in the peninsula.

Moscow had initially claimed that the explosions were caused by detonations in ammunition stores.

Experts had said at the time of attack that if the explosions were caused by Ukrainian forces, it would go on to be notably be the first time the region has been struck during the war.

In the op-ed, the top military officials said that the war on Ukraine is not going to end this year.

“A major question that is being raised is how long the said conflict will continue. After all, in no way does it fit into the timeframe of the announced Russian ‘blitzkrieg’ or that of active hostility phases in any of the wars waged in the early 21st century,” the military officials wrote.

They added: “In any case, the war has been lasting for months already. And there is every reason to believe that it is not going to end anywhere within 2022.”