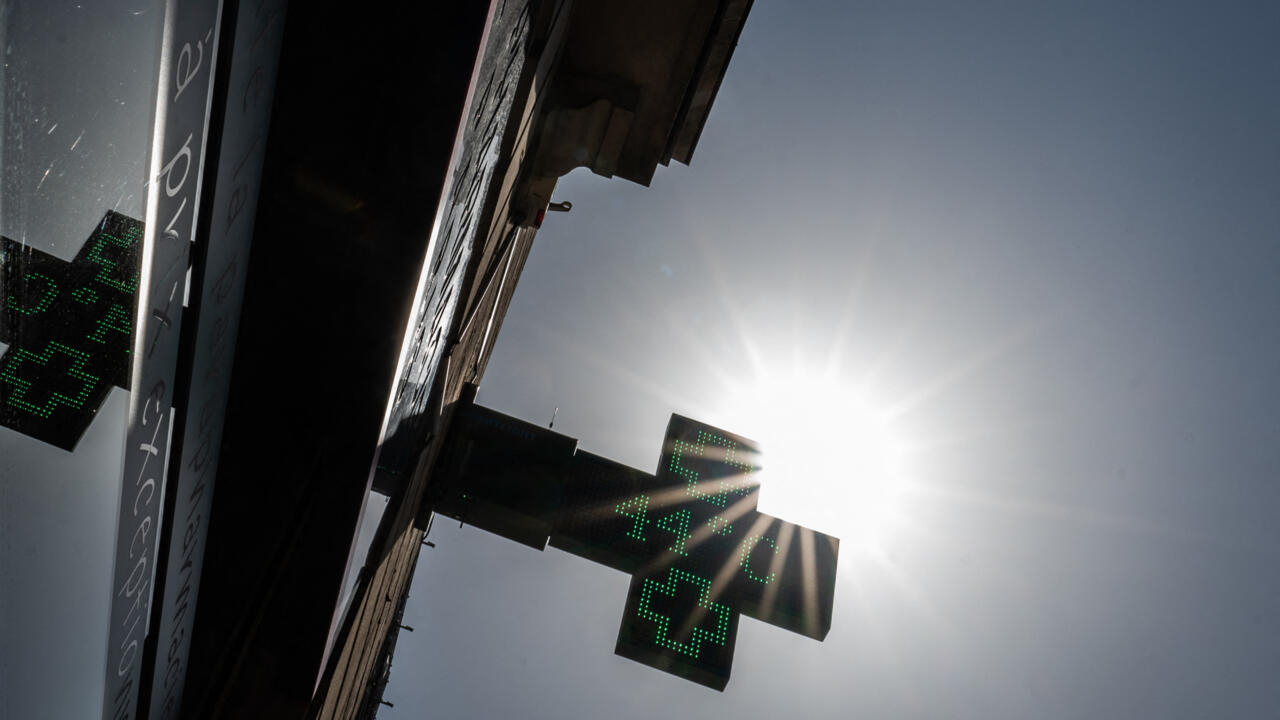 Firefighters battled to contain wildfires in south-west France as a fierce heatwave in western Europe threatens to smash more temperature records in several countries on Tuesday.

The eastern half of France will still suffer from the heatwave on Tuesday, but the western Atlantic coast should experience some relief after the Gironde, a popular tourist region, suffered a particularly hot night as two massive wildfires continued to rage.

Météo-France on Tuesday morning lifted a red heatwave vigilance on 15 departments along the Atlantic coast, but 73 remained on orange alert, with temperatures rising between 37 and 40°C in the east, and potentially violent thunderstorms expected in the south-west.

Nearly 1,700 firefighters from across France, supported by significant air resources, are battling two wildfires that have burned 4,700 hectares of forest in the Gironde, according to local officials.

For nearly a week now, armies of firefighters and a fleet of waterbombing aircraft have battled blazes that have mobilised much of France’s firefighting capacity.

Britain braced for hottest day ever

Across the Channel, Britain is expected to see its hottest day ever. Forecasters said the current national record of 38.7°C  could be broken and 40°C breached for the first time, with experts blaming climate change and predicting more frequent extreme weather to come.

The government, already on the ropes after a series of scandals that forced Prime Minister Boris Johnson to quit, has been accused of taking the situation too lightly.

Johnson was criticised for having failed to attend an emergency meeting on the crisis on Sunday, instead hosting a farewell party at his state-funded country retreat.

Medics condemned comments by Deputy Prime Minister Dominic Raab, who appeared to minimise the threat from the extreme heat when he told Britons to “enjoy the sunshine”.

The Sun tabloid headlined its coverage of the heat “British Bake Off”, observing that the “scorcher” was making the UK hotter than Ibiza, where temperatures were a comparatively low 30C.

The extreme temperatures saw flights suspended at Luton Airport near London and at Royal Air Force base Brize Norton due to “defects” on the runway, with no let-up expected for Tuesday.

Trains were cancelled and schools closed in affected areas.

Ireland saw temperatures of 33°C in Dublin – the highest since 1887 – while in the Netherlands, temperatures reached 35.4°C in the southern city of Westdorpe. Although that was not a record, higher temperatures are expected there on Tuesday.

Neighbouring Belgium also expected temperatures of 40°C and over.

The European heatwave is the second to engulf parts of the southwest of the continent in recent weeks.

European Commission researchers, meanwhile, said nearly half (46 percent) of EU territory was exposed to warning-level drought. Eleven percent was at an alert level, and crops were already suffering from lack of water.

Blazes in France, Greece, Portugal and Spain have destroyed thousands of hectares of land.

The blaze was literally “blowing things up”, such was its ferocity, said Marc Vermeulen, head of the local fire service. “Pine trunks of 40 years are bursting.”

A total of 8,000 people were being evacuated from near the dune Monday as a precaution, as changing winds blew thick smoke into residential areas, officials said.

Hurriedly packing her car, Patricia Monteil said she would go to her daughter’s home in another part of the district. “But if that goes up in flames too, I don’t know what to do.”

Around 32,000 tourists or residents have been forced to decamp in France, many to emergency shelters.

On Monday evening, prosecutors in the southwest city of Bordeaux said a man suspected of having started one of the fires in the region had been taken into custody.

At Avignon, in the southeast, a fire that first started last Thursday surged back to life on Monday, local firefighters reported, while a separate fire broke out up in the northwest, in Brittany.

Fires have also ravaged parts of Spain and Portugal in recent days. A fire burning in the northwestern province of Zamora in Spain claimed the life of a 69-year-old shepherd, regional authorities said. On Sunday, a fireman died in the same area.

Later on Monday it was reported an office worker in his fifties had died from heatstroke in Madrid.

Authorities have reported around 20 wildfires still raging from the south to Galicia in the far northwest, where blazes have destroyed around 4,500 hectares of land.

The fires in Portugal claimed two more lives in the northern Vila Real region, after a car carrying two local villagers crashed off the road as they appeared to be trying to flee a fire zone, local officials said.

“We found the car and these two people, aged around 70 years, completely burnt,” the mayor of Murca, Mario Artur Lopez, told SIC Noticias television. The victims were from the nearby village of Penabeice, he added.

Almost the entire country has been on high alert for wildfires despite a slight drop in temperatures, which last Thursday hit 47°C – a record for July.

The fires have already killed two other people, injured around 60 and destroyed between 12,000 and 15,000 hectares of land there.