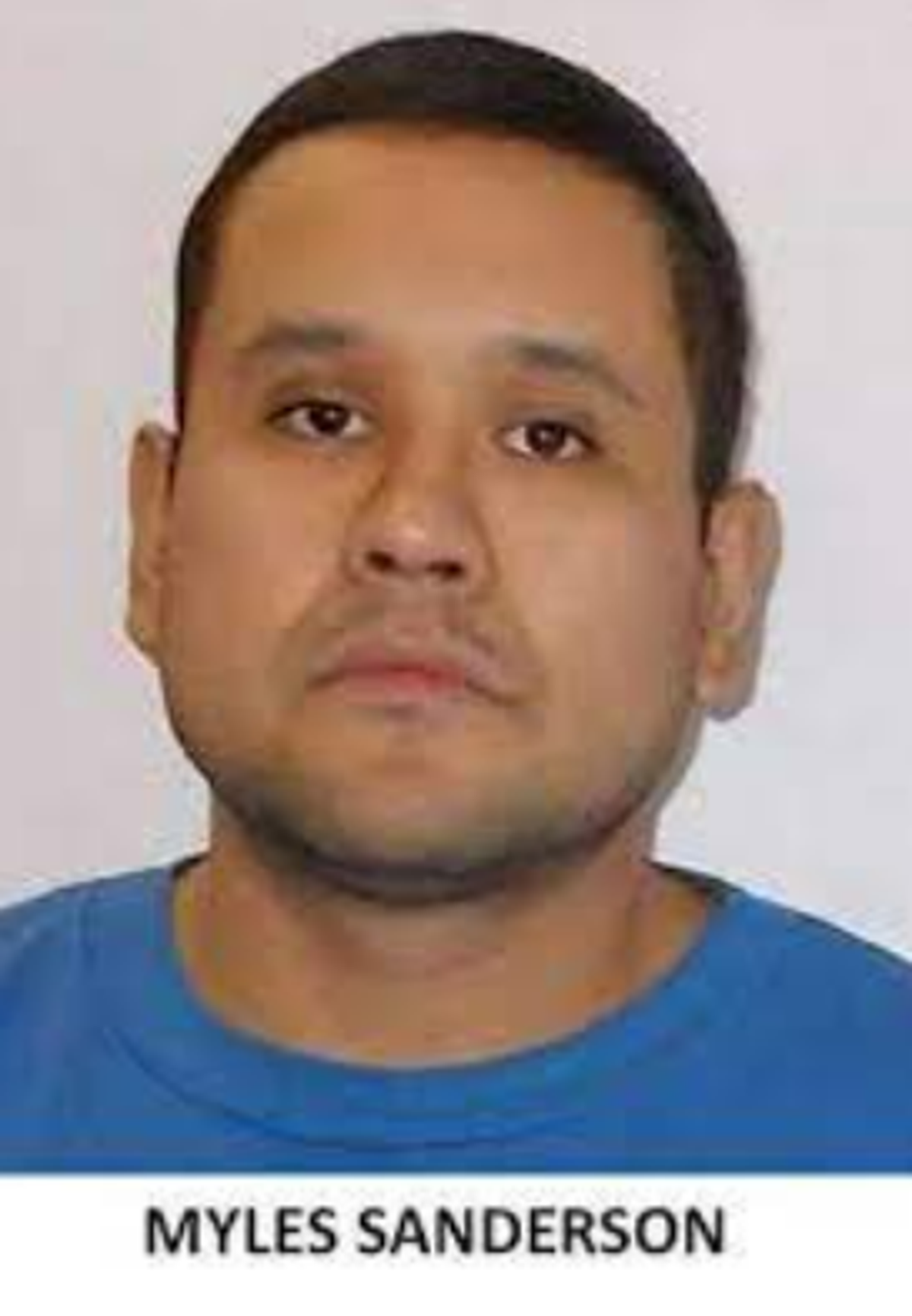 Myles Sanderson, one of the suspects in the Saskatchewan stabbings who sent a province-wide manhunt into its third day, accrued 59 criminal convictions since turning 18, local news reported.

What’s more, seven months before the 32-year-old is suspected to have carried out one of the deadliest mass killings in modern Canadian history, a Parole Board of Canada found that Myles Sanderson would “not present an undue risk,” and freeing him would “contribute to the protection of society” by facilitating his reintegration, Global News reported.

“The Board is satisfied that your risk is manageable in the community, if you live with your [blacked out] maintain sobriety and employment, and continue with developing supports, including getting therapy,” the board wrote, according to documents obtained by the national news broadcaster.

On Monday, police issued arrest warrants for both Myles Sanderson and his younger brother, Damien, 31, who was found dead that same day close to a home that served as one of the 13 sites on and around James Smith Cree Nation in northern Saskatchewan where 10 people were killed and 18 others were wounded on Sunday.

While it has not been reported whether Damien had any previous run-ins with the law before the deadly attacks unfolded on Sunday, his brother had a record that dated back nearly two-decades and included nearly 60 criminal convictions.

The parole board records, obtained by Global News, together paint a picture of a young man who spent the better part of his youth ensnared in family custody battles, while being plagued with the knock-on impacts of intergenerational trauma, which a psychologist deemed to have played an influential role in his adult criminal activity.

Myles Sanderson’s upbringing “created a sense of abandonment and feelings of not being wanted,” a psychologist’s report read, which it said played a part in his criminal conduct.

“Considering your Indigenous background, the Board notes that there are factors from your background that may have contributed to your involvement in the criminal justice system,” the Parole Board’s decision read.

The court reported record of his troubles seems to have begun when his parents separated when Myles Sanderson was just 9, after which he was sent to live with his father, who was reportedly “violent” with his then-girlfriend.

Not long after, he was sent to live with his paternal grandparents, but this living situation, too, would prove to be too volatile, lasting only two years and being later described as an “abusive environment”.

By age 12, he’d begun turning to alcohol and marijuana, court documents say, and by age 14 he’d admitted to having started to use cocaine.

The most recent string of criminal convictions that ultimately landed the now 32-year-old in federal prison back in 2018 began in the summer of 2017.

According to the parole records obtained by Global News, Myles Sanderson appeared at the home of his ex-girlfriend’s where he reportedly “acted in a threatening manner, made comments about a gang, and damaged property.”

In the crossfire of the argument, the children, who the report does not detail whether they were his or his ex-girlfriend’s, hid in a bathroom, tucked into a bathtub, while he punched a hole through the door.

In this incident, much like the ones to follower, Myles Sanderson had fled the scene before authorities arrived and wouldn’t be apprehended by the police until nearly a year after this initial report.

Other incidents throughout the year that Myles Sanderson was later convicted for included making a threat to an employee at “First Nations band store,” where he threatened to “murder” him and “burn down his parents’ house”, and in the fall, he hit an accomplice in the head with a gun before stomping on his head.

Myles Sanderson then reportedly forced the injured man to commit an armed robbery against a fast food chain, his parole records said.

It wouldn’t be until June 2018, nearly a year after the domestic violence report, that Myles Sanderson would be arrested by police. While being apprehended, he reportedly threatened the officers and begged that they would “have to shoot him”. As he was being lifted into the patrol car, he is then said to have kicked one of the arresting officers in the face and head over and over again.

All of these incidents ended up landing Myles Sanderson a four-year-and-four-month prison sentence, in addition to12 months of probation.

After serving two-third of his sentence in February 2021 and having reportedly “made gains” after participating in programming and engaging with elders, the parole board transferred him to a healing lodge, which are Canadian correctional facilities intended to provide restorative justice for Indigenous offenders.

He was freed in August 2021 but had reportedly broken his probation after having been caught lying to his parole officer in November 2021.

By February of this year, the Board had written a 10-page decision that acknowledged that though the 32-year-old had a “significant journey” ahead and would be required to attend therapy and remain sober, it did appear he had been taking the steps to cope with his emotional and addiction problems.

“To your benefit, you do seem to have maintained sobriety, obtained employment, engaged a therapist, were engaged in cultural ceremonies, had obtained a home for your family, and appeared to have been making good progress on reintegration,” the Board wrote, according to the Canadian Press.

“It is the Board’s opinion that you will not present an undue risk to society if released on statutory release and that your release will contribute to the protection of society by facilitating your reintegration into society as a law abiding citizen,” the decision read.

As part of his release, in addition to abstaining from drugs and alcohol, Myles Sanderson was required to avoid having any contact with his previous victims, which included his ex-girlfriend and the children he’d had with her.

This conditional release, however, seems to have been upset by as early as May of this year, when he was listed as “unlawfully at large” by Saskatchewan Crime Stoppers, Reuters reported. No further details were included in that release, about why he was wanted.

Myles Sanderson remains at large. Police say they believe he could be seeking medical attention for injuries he likely succumbed to on Sunday, but warned that the public should exercise caution if they suspect they’ve seen him as he is still considered to be “armed and dangerous”.