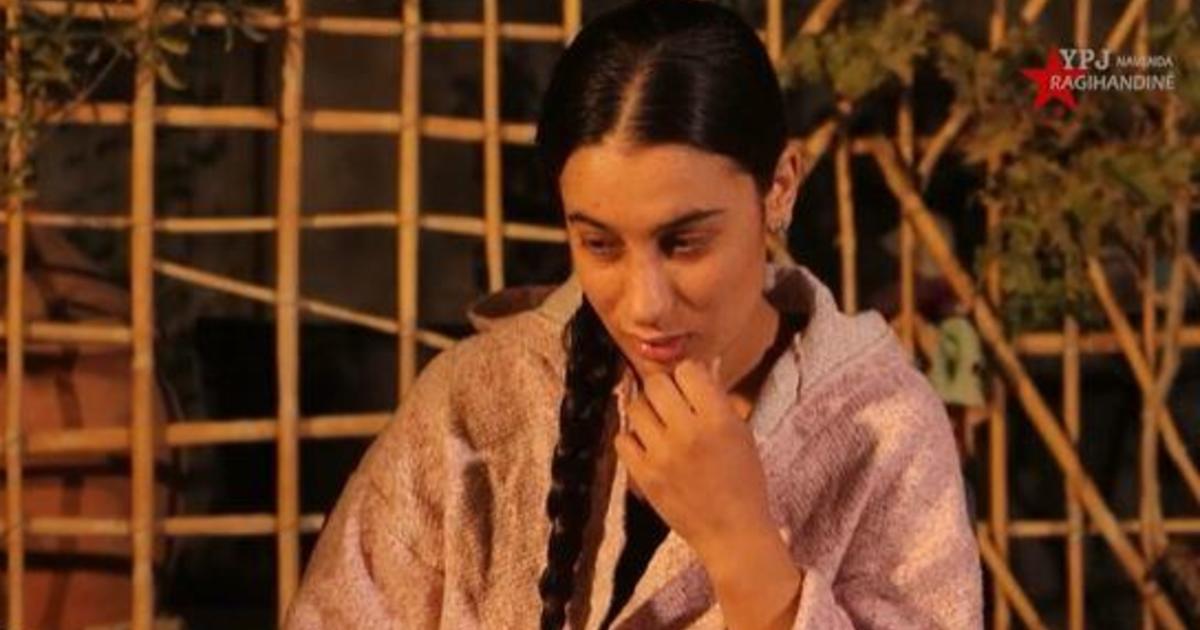 Erbil, Iraq — A young woman has been rescued after an eight-year ordeal that saw her repeatedly sold, raped and enslaved by ISIS militants, officials in Syria tell CBS News. Her rescue began with a massive operation to root out ISIS sleeper cells and weapons hidden among the tens of thousands of refugees stuck in a sprawling camp in the northeast Syrian desert.

The notorious Al-Hol camp is run by the Syrian Democratic Forces (SDF), a mostly Kurdish umbrella group that was a vital American ally during the U.S. military’s operations against ISIS in the region. During a recent raid, SDF forces found explosives, weapons, ammunition and tunnels used by ISIS members to smuggle the illicit items into and around the sprawling camp.

Syamad Ali, a spokesperson for the YPG, the SDF’s main military force, told CBS News that interrogations during the raid revealed the daunting scope of the danger ISIS still poses inside the camp.

But there was also good news: During interrogations, an ISIS suspect gave away the location of a tent where a young Yazidi girl was said to be held captive — one of the thousands of Yazidi women and girls swept up by ISIS militants as they seized the ethnic group’s homelands in Syria and Iraq almost a decade ago.

Members of one of the SDF’s Women’s Protection Units stormed the tent and inside, they found 18-year-old Wafaa Ali Abbas.

She was one of more than 6,000 Yazidi women and girls believed to have been abducted by ISIS as the group seized control of a third of Iraq and Syria’s combined territory in 2014.

She was only nine years old when the terrorists raided her village, where she lived with her parents and her brother and sister. Both of her siblings are still missing.

As they did in countless other Yazidi villages in the foothills of the Sinjar Mountains, ISIS militants killed the men in Kocho and took the women and children as slaves.

Wafaa’s father managed to escape after being wounded and left for dead. He’s now in Canada with other family members. Wafaa, her mother and her deaf sister were taken away, separated, and then sold as slaves to ISIS members.

Wafaa told her rescuers that she was sold six times, in Mosul, Iraq, and across the border in ISIS’ former Syrian stronghold of Raqqa. She was forced to convert to Islam and married twice to ISIS fighters who would routinely rape her during the group’s rein over its self-declared “caliphate.”

After the U.S.-led coalition — with significant help from the SDF — managed in early 2019 to force ISIS out of the territory it controlled, thousands of its fighters and their families surrendered to SDF forces and were placed in the Al Hol camp.

As the ongoing raids inside the camp show, the territorial defeat was neither the end of ISIS, nor the end of Wafaa’s nightmare.

She told her rescuers that she was brought to the camp with the other wives and children of her last husband. They kept her confined, rarely allowing her out of the tent. She wasn’t allowed any contact with camp guards or the outside world, Ali told CBS News.

When she was finally rescued, “she was scared, shocked and unable to believe she is free,” he said.

A video provided by the Women’s Protection Units shows Wafaa speaking in a video call with members of her family. It was the first time she had spoken to any of them since she was seized in 2014.

“I don’t want you to worry about anything now, my darling, soon we will be together again,” her father tells her as she sits with a look of shock still painted on her face. They had to have the conversation in Arabic, as Wafaa can’t remember how to speak her native Kurdish.

Her father then puts an older woman in front of the camera.

“Do you recognize this woman?” he asks his daughter.

“Yes, she is my grandmother,” Wafaa says softly.

SDF officials tell CBS News that Wafaa is receiving psychological support before being sent back to Iraq to be reunited with family members.

The Al-Hol camp was the primary facility in the region used to shelter civilians fleeing ISIS-held territory as the group lost ground.

Most of their home nations have denied them the right to return, arguing that they pose a security threat.

The U.S. has repatriated virtually all of its citizens from Al-Hol, leaving behind only Hoda Muthana and her half-Dutch child. The mother, a Yemeni-American dual national, was stripped of her U.S. citizenship.

“Al Hol camp is a dangerous place. ISIS ideology is strongly taught and practiced in the camp,” the YPG’s Ali told CBS News. “The situation is a constant and serious danger.”

“Wafaa could have faced death at any moment if she tried making contact with guards or the outside world,” he said. “Many people get killed, executed and beheaded for breaking ISIS rules in the camp. So far, hundreds have died.”

CBS News has visited the camp several times, and the atmosphere has always felt hostile. In 2019, guards there told CBS News that they called the camp the “Islamic State,” because while they controlled the fence, inside, ISIS was in charge.

ISIS militants still mingle among the refugees, and the forces that run the sprawling camp say they can do little to change the realities within its perimeter.

Yazidism, a religion that predates Islam, is considered heretical devil worship by ISIS and other Sunni Muslim extremist groups. Followers have long been targeted — along with Christians and other religious minorities in the region — by ISIS and al Qaeda.

When ISIS took control of Christian and Yazidi areas, they would commonly force Christians to choose between execution, conversion to Islam, or fleeing ISIS territory.

The Yazidis were given no such options.

Officials tell CBS News there are likely other girls just like Wafaa, still imprisoned within the fences around Al-Hol.

The Fight Against ISIS