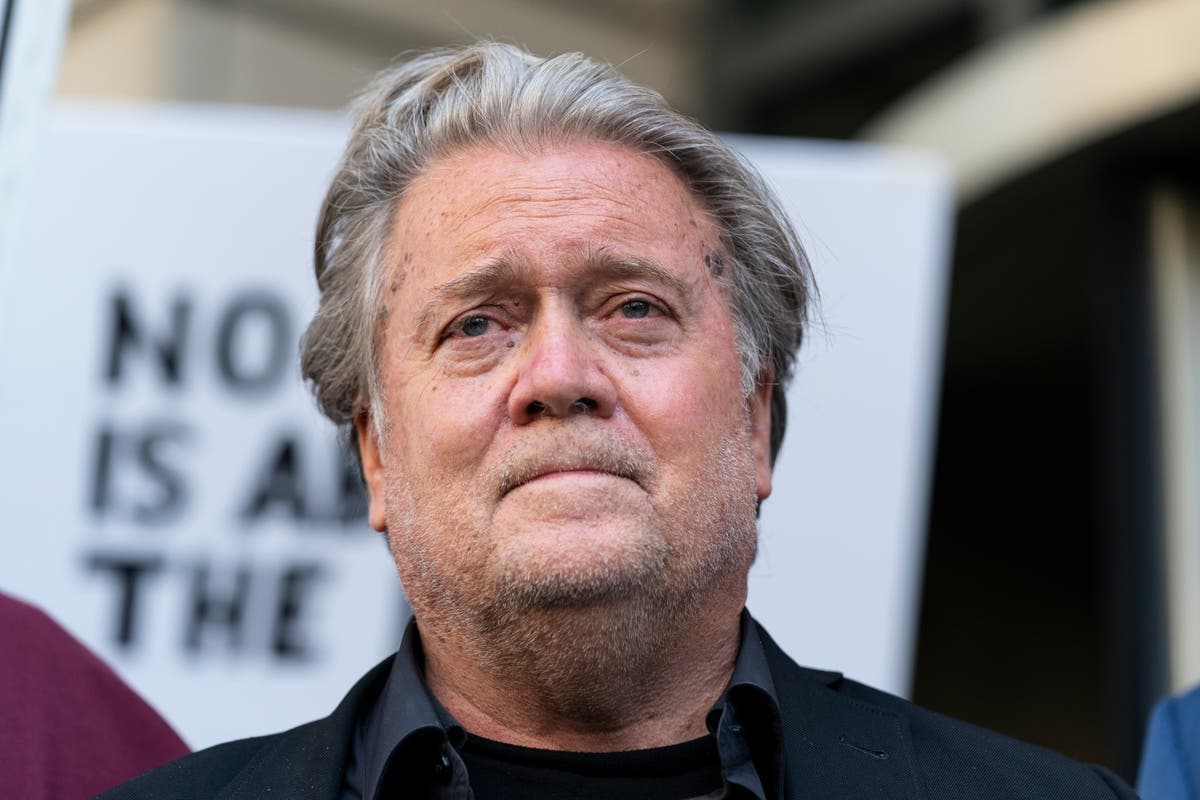 A well-known figure within American right-wing media, Mr Bannon was an adviser to Mr Trump’s successful election campaign in 2016 before falling out with the president during their first year together in Washington. Since then, Bannon has reinvented himself as an alt-right podcaster. He was recently convicted of contempt of Congress for failing to cooperate with the January 6 congressional panel.

Bannon and three other men were charged with fraud in August 2020 following a federal investigation into the “We Build the Wall” fundraising initiative, intended to generate the capital needed to pay for the president’s signature US-Mexico border wall to block illegal immigration.

The scheme raised $25m in donations but Bannon was accused of swindling Mr Trump’s supporters out of $1m, having claimed he would not take compensation for his part in organising the venture.

He pleaded not guilty but two of the other men accused, Brian Kolfage and Andrew Badolato, admitted that they had participated in syphoning off money.

Mr Trump rescued Bannon from the situation by pardoning him just before he left office in late January 2021.

However, presidential pardons do not shield individuals from prosecution at state level, hence the fresh moves against Bannon.

The New York case against Bannon, which is expected to be handled in the New York Supreme Court by Manhattan district attorney Alvin Bragg, is related to the charges he previously faced in federal court for defrauding donors in the border wall scheme.

According to multiple reports, the new case may closely track that prior case, but the indictment has not yet been unsealed.

In a statement prior to his surrendering under the new indictment, Bannon issued a heated dismissal of the action, claiming it was an attempt to silence his podcast prior to November’s midterm elections: “The [George] Soros-backed DA has now decided to pursue phoney charges against me 60 days before the midterm election because WarRoom [his podcast] is the major source of the MAGA grassroots movement.

“The SDNY [Southern District of New York] did the exact same thing in August 2020 to try to take me out of the election. It didn’t work then, it certainly won’t work now. This is nothing more than a partisan political weaponisation of the criminal justice system.

“I am proud to be a leading voice on protecting our borders and building a wall to keep our country safe from drugs and violent criminals. They are coming after all of us, not only President Trump and myself. I am never going to stop fighting.”

In July, Bannon was convicted on two counts of criminal contempt of Congress for defying a subpoena from the House committee investigating the attempted insurrection at the US Capitol on 6 January 2021 by enraged supporters of Mr Trump, a verdict the panel hailed as a “victory for the rule of law”.