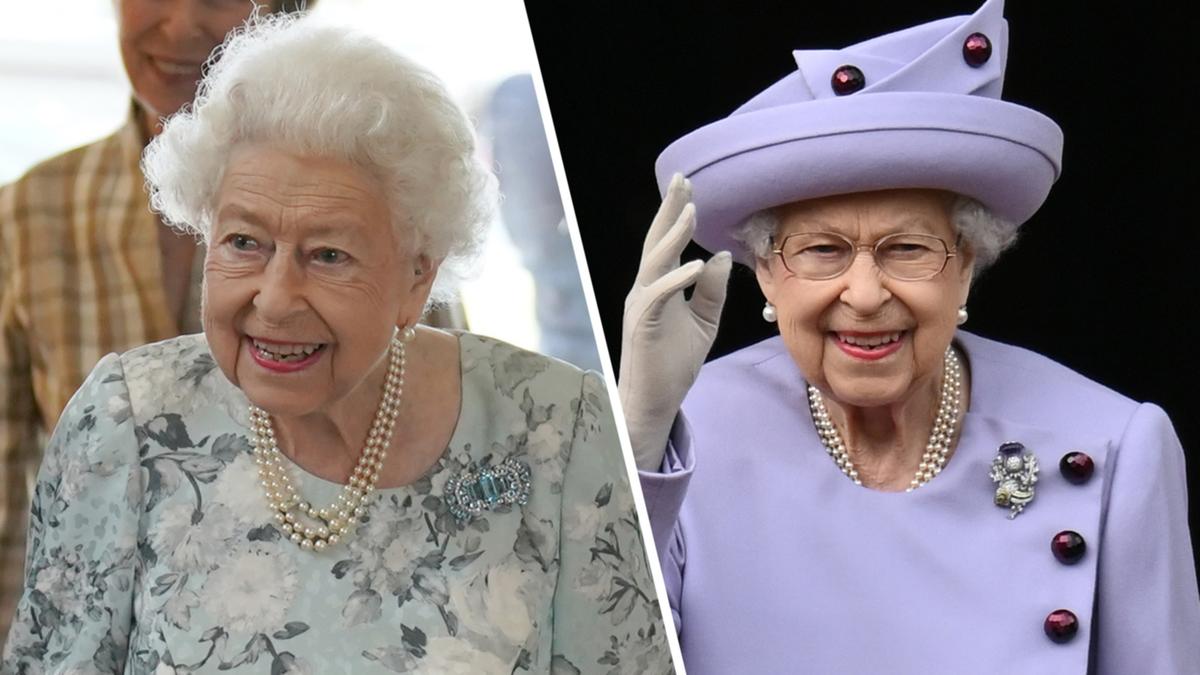 The Queen’s health has been scrutinised over the past year, with concerns growing as family members travel to Balmoral after doctors placed her under medical supervision.

The monarch, 96, pulled out of a virtual Privy Council on Wednesday, a day after appointing Liz Truss as PM at her home in the Scottish Highlands on the advice of royal doctors.

She has also pulled out of key events due to ongoing mobility issues in recent months.

She thrilled crowds on the first day of her Platinum Jubilee celebrations on June 2 when she appeared on the Buckingham Palace balcony and later at Windsor Castle.

But the next day, she pulled out of the Platinum Jubilee Service of Thanksgiving at St Paul’s Cathedral after experiencing “discomfort” during the previous day’s celebrations.

The decision was considered regrettable, it is understood, but sensible due to the length of the journey and time involved and the physical demands the event would have required.

While she made a number of in-person visits in the weeks leading up to her Jubilee celebrations, including a surprise visit to open the Elizabeth line and to tour the Chelsea Flower Show using a golf buggy, the Queen has faced ongoing “episodic mobility problems” stretching back to last autumn and now uses a walking stick.

In October 2021, she used a walking stick at a Westminster Abbey service – the first time she had done so at a major engagement.

A week later, after a busy autumn programme, she was ordered to rest by her doctors and advised to cancel a trip to Northern Ireland.

The Queen was secretly admitted to hospital for “preliminary investigations” and had her first overnight stay in hospital for eight years on October 20 2021.

The next day she was back at her desk at Windsor, carrying out light duties.

But concern for her health mounted when she pulled out of more high-profile engagements, including the Cop26 climate change summit and the Festival of Remembrance, with Buckingham Palace saying she had been advised to continue to rest and not carry out any official visits.

She was intent on attending the Remembrance Sunday service at the Cenotaph, but missed this due to a sprained back.

For more than three months she carried out only light duties, including virtual and face-to-face audiences in the confines of Windsor Castle.

In February 2022, she celebrated her Platinum Jubilee, meeting charity workers at Sandringham House and cutting a Jubilee cake in what was her largest in-person public engagement since October.

Many of her duties are now carried out via video calls, and the country’s longest-reigning sovereign remarked during a in-person audience in February: “Well, as you can see, I can’t move.”

There were fears for her health when she caught Covid, testing positive on February 20 2022.

The triple-vaccinated Queen suffered from mild cold-like symptoms but said the virus left her “very tired and exhausted”.

She carried on with light duties while self-isolating at Windsor but cancelled some virtual audiences.

She pulled out of the Commonwealth Day service at Westminster Abbey in March, a significant date in the royal calendar given the importance to her of the family of nations, and did not attend the Maundy Thursday service.

But she rallied to honour the Duke of Edinburgh at a memorial service at the end of March, walking slowly and carefully with the aid of a stick, and holding on to the Duke of York’s elbow for support.

In May 2022, she missed the State Opening of Parliament for the first time in nearly 60 years, with Buckingham Palace attributing her absence to “episodic mobility problems”.

The Prince of Wales and the Duke of Cambridge opened parliament on her behalf as Counsellors of State, with Charles reading the Queen’s Speech for a historic first time.

Much has changed in the past seven months, with Buckingham Palace mostly only confirming the Queen’s attendance at engagements on the day, with the decision dependent on how she is feeling in the morning.

She did go to the Windsor Horse Show in May and she was also the guest of honour at the equestrian extravaganza A Gallop Through History near Windsor, the first major event of the Jubilee festivities.

She made a surprise appearance to officially open the Elizabeth line at Paddington Station, looking bright and cheery, though her visit was limited to 10 minutes.

She also turned up at the Chelsea Flower Show and was driven around the floral extravaganza in her new hi-tech golf buggy for her comfort.