Elizabeth Alexandra Mary Windsor was never meant to be Queen, but even in the early days of her reign, it seemed she was fulfilling a destiny.
Born on 26 April 1926, a series of tumultuous events would set her on the path to the throne, but none of that seemed on the horizon as she first stepped into public life as a teenager during World War II.

She served in the Auxiliary Territorial Service and trained as a truck driver and mechanic. 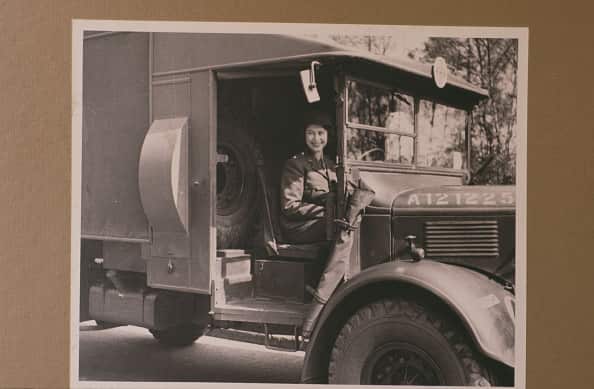 In 1936, her father, the Duke of York, became King George VI when her uncle King Edward VIII abdicated the throne for love.

As a teenager, Elizabeth had met Prince Philip of Greece and Denmark, and in 1947, after almost a decade of correspondence, the pair married at Westminster Abbey. The princess was 21 and Philip, 25. 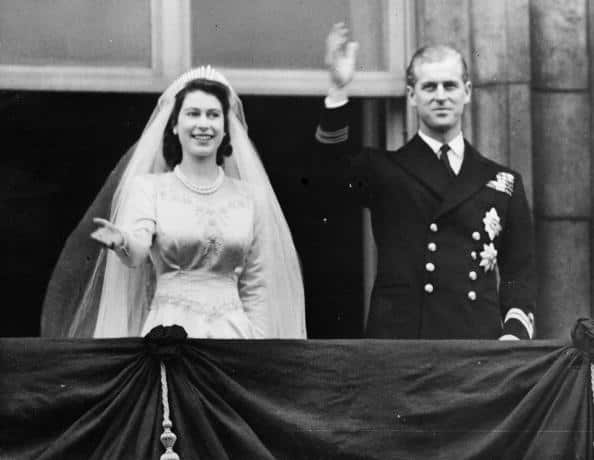 Princess Elizabeth and Prince Philip wave from the balcony of Buckingham Palace, London, on their wedding day in 1947. Credit: Keystone/Getty Images

Two of their children – Charles and Anne – were born before a visit to Kenya, New Zealand and Australia in 1952 – and it was then that everything changed.

Her father died suddenly in his sleep aged 56 and Princess Elizabeth, at 25, four years older than her sister Margaret, was next in line to the throne. 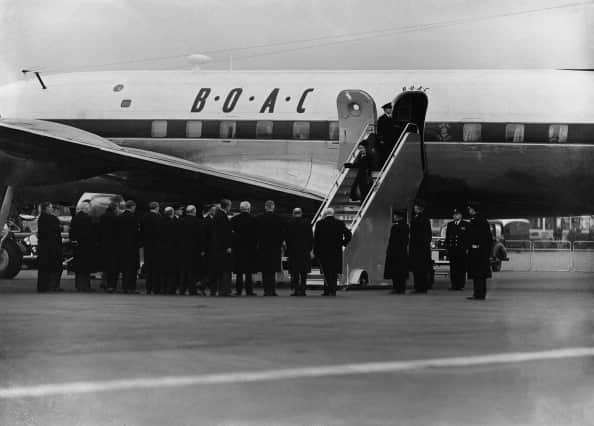 Elizabeth returns to London from Kenya as Queen on 7 February 1952 following the death of her father King George VI. Credit: Keystone/Getty Images

It was a hasty and heartbreaking return home for a young woman who was now queen.

Queen of the Commonwealth

After months of meticulous preparation, on 2 June 1953, Queen Elizabeth II was crowned at Westminster Abbey.

Much of Britain shared the moment too as it was the first time a coronation was televised. An estimated three-quarters of Australia’s population of almost nine million people turned out to see her. The Queen had two more children, Andrew and Edward, and became the most widely travelled monarch in history, visiting every continent on earth.

If she wasn’t travelling she was hosting world leaders at Buckingham Palace, including at extravagant state banquets. 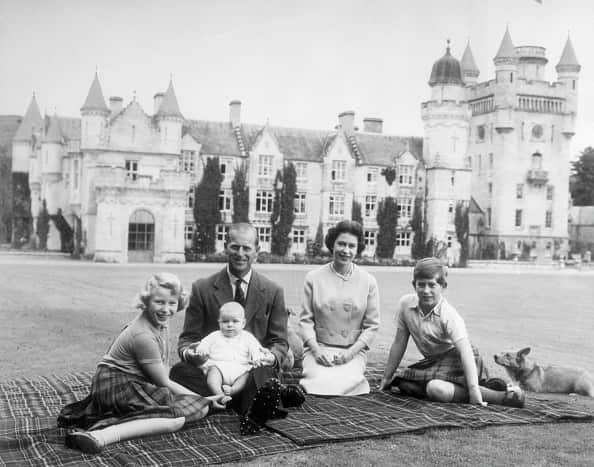 Thirty thousand guests each year, including Commonwealth citizens, were also invited to a range of special garden parties.

And the message was all about helping others; the Queen was a patron for more than 600 charities, including military, medical and animal organisations. The Queen with US President Joe Biden at Windsor Castle in June 2021. Credit: Pool/Samir Hussein/WireImage

During her reign, she awarded thousands of people with honours – from MBEs and knighthoods to the Victoria Cross.

From the annual Trooping the Colour to Royal Ascot, people of all ages embraced the monarchy under Elizabeth’s reign, but her popularity was tested in 1997. The Queen knights 100-year-old Captain Thomas Moore after he raised millions of pounds for health care services during the height of the COVID-19 pandemic. Credit: Pool/Max Mumby/Getty Images

The death of Princess Diana in a car crash in Paris at the age of 36 saw a huge outpouring of grief from the British public. But the Queen was not seen publicly for five days.

Following a public outcry, she made a national address in which she paid tribute to her daughter-in-law. The British royal family continued to expand – and her brood of great-grandchildren grew with it. Members of the royal family watch the Trooping the Colour parade from the Buckingham Palace balcony in 2017. Credit: James Devaney/WireImage

But the changing family dynamic ushered in an unexpected development. Prince Harry along with his wife Meghan Markle stepped back from senior duties and later went public with damaging accusations of racism within the royal family.

The Queen was said to be deeply hurt, but Harry made it clear his relationship with his grandmother was strong.
Throughout her life, the Queen’s dedication to her family – and the Commonwealth – was unwavering, even in the difficult early days of the COVID-19 pandemic.

She was forced into isolation with her husband in Windsor Castle but remained in the public eye. A rare TV address – only the fifth of her reign – offered hope. “Together we are tackling this disease, and I want to reassure you that if we remain united and resolute, then we will overcome it, ” she said.

“I hope in the years to come everyone will be able to take pride in how they responded to this challenge. And those who come after us will say the Britons of this generation were as strong as any.”
As Britain’s pandemic death toll soared, the monarch experienced a profound personal loss with her husband of 73 years dying two months before his 100th birthday in April 2021.

COVID-19 restrictions meant Prince Philip’s funeral was as he wanted it; without too much pomp or ceremony. 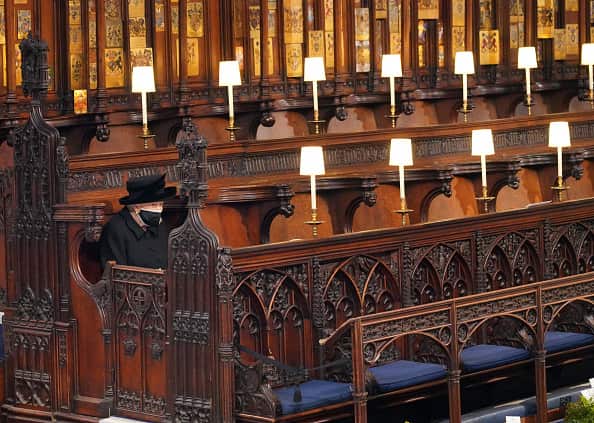 Government regulations also saw The Queen sitting alone during the service, an image which resonated with the thousands of families who were forced to honour loved ones in a similar way.

She soon returned to work, with video calls from Windsor Castle, and before long she was back meeting world leaders. 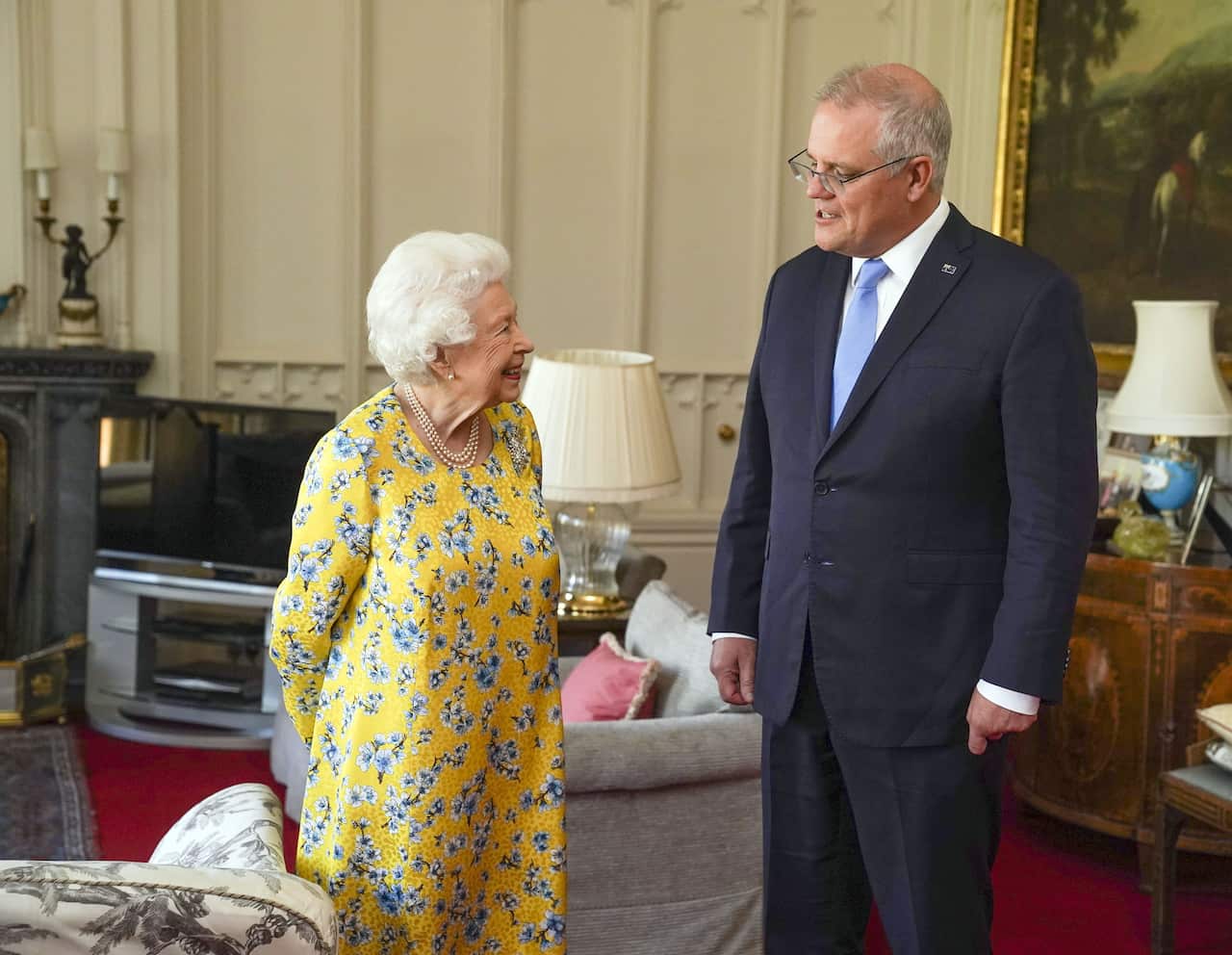 After a short hospital stay, she addressed the COP26 climate summit virtually, reflecting on her own mortality.

“Of course, the benefits of such actions will not be there to enjoy for all of us here today: none of us will live forever,” she said. “But we are doing this not for ourselves but for our children and our children’s children, and those who will follow in their footsteps.” 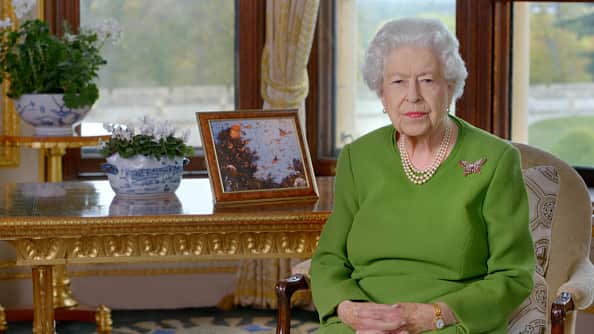 The Queen delivers a video message to the COP climate conference in Glasgow in November, 2021. Ill health prevented her from attending in person. Credit: Handout/Buckingham Palace via Getty Imag

Her absence was felt a week later at one of the most important days on her calendar, with health reasons forcing her to cancel her appearance at Remembrance Sunday commemorations.

In 2022, Queen Elizabeth celebrated her Platinum Jubilee – 70 years on the throne. She was the longest-reigning British monarch, surpassing the 63-year reign of her great-great-grandmother Queen Victoria.

But in May she withdrew from the State Opening of Parliament and the reading of the Queen’s speech because of “episodic mobility problems.” It’s the first time since 1963 she has not attended the event.

The Queen handed her duties at the opening to Prince Charles and Prince William, with Charles reading her speech and Charles and William jointly opening parliament. 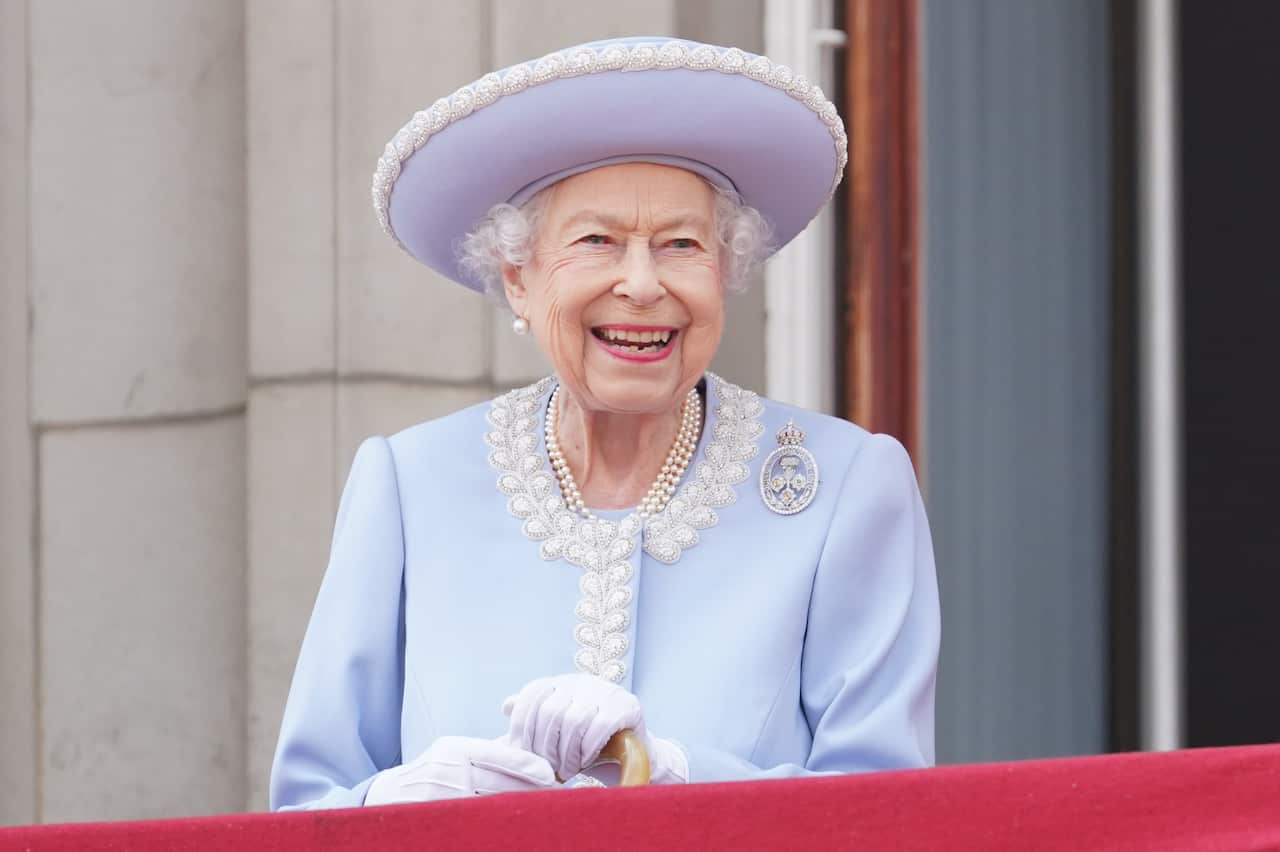 Her health had been in decline and this week she cancelled a virtual meeting with senior ministers after being advised to rest by her doctors.

In a statement early Friday morning Australian time, Buckingham Palace confirmed: She was 96.

Her eldest son Charles, now 73, automatically becomes king of the United Kingdom and the head of state of 14 other realms including Australia, Canada and New Zealand. He will be known as Charles III.