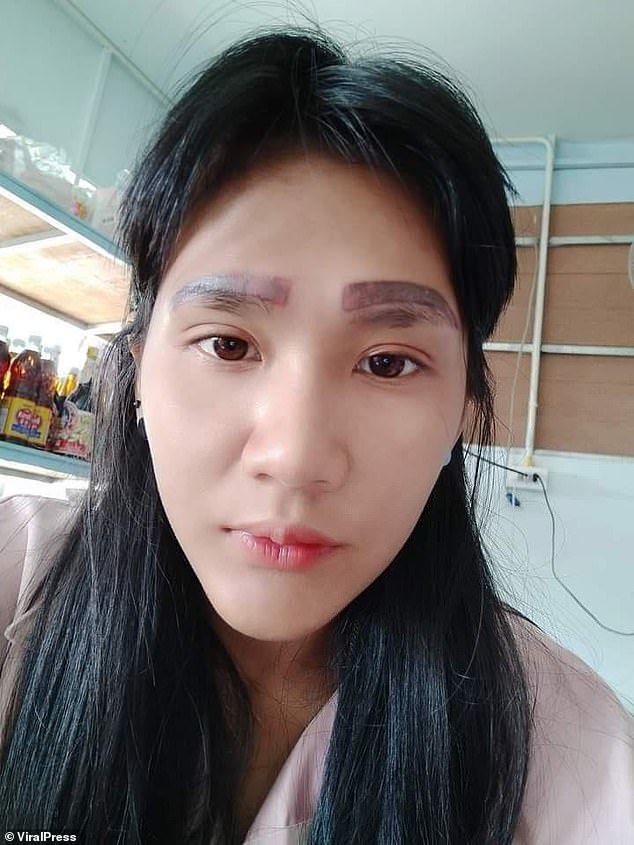 A woman has been left with four eyebrows after a botched cosmetic tattoo procedure in Thailand.

Nipapron Meeking, 32, was horrified when she saw two extra arches on her forehead drawn with permanent cosmetic ink at a hole-in-the-wall clinic in Rayong province, eastern Thailand.

The furious customer confronted the bungling tattoo artist, who reportedly promised to erase the £35 brows.

But the shop closed down the following day and the owners could not be contacted.

Meeking was forced to live with the unusual features for a year until a cosmetic tattoo artist reached out and offered to fix them for free.

She said: ‘I remember planning a trip with my friends and wanting new eyebrows to look pretty.

‘A friend suggested a shop for me. After the procedure, I looked in the mirror and was speechless.

‘Not long after what happened, the shop shut down and I don’t know where the owner is now.

‘I had a terrible time living with four eyebrows on my forehead, but luckily I found this new tattoo artist.’ 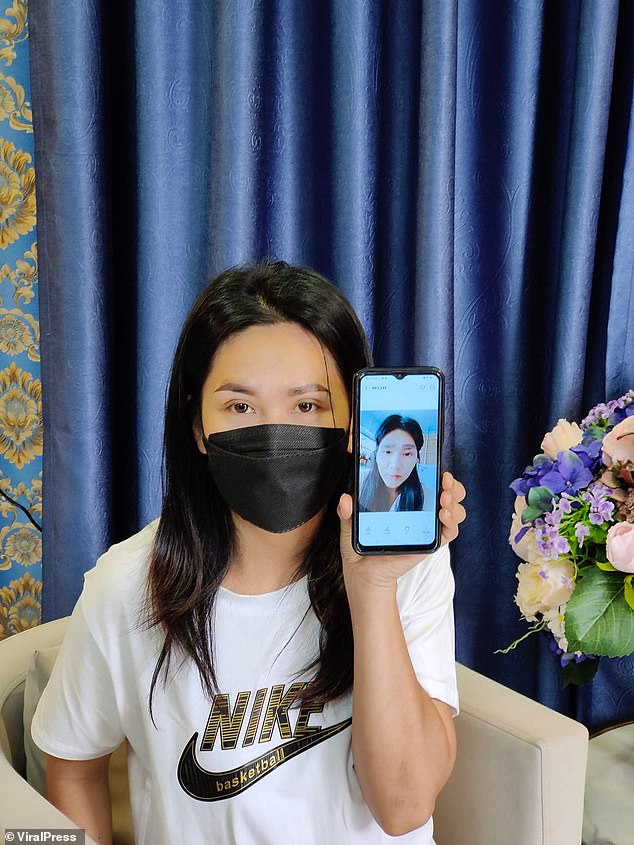 After living with the unusual features for a year, a tattoo artist reached out to Meeking and offered to remove them for free (pictured after the removal)

Tattoo artist Pattawee Phumkasem, 32, said: ‘After seeing Nipaporn’s condition, I knew I had to help her. It normally costs £350 but I’m willing to do it for free.

‘It will take me three months to give her new and nice eyebrows. I will have to remove the old ink and wait for it to fade before outlining the new eyebrows.’

Nipapron went to three different clinics to clear up the unwanted tattoo on her face, but the marks remained prominent.

She said: ‘I didn’t know what to do and mostly kept inside the house because it really affected my self-confidence.

‘I also went to different artists but they could not fix it. With this new artist, I can finally live a normal life.’