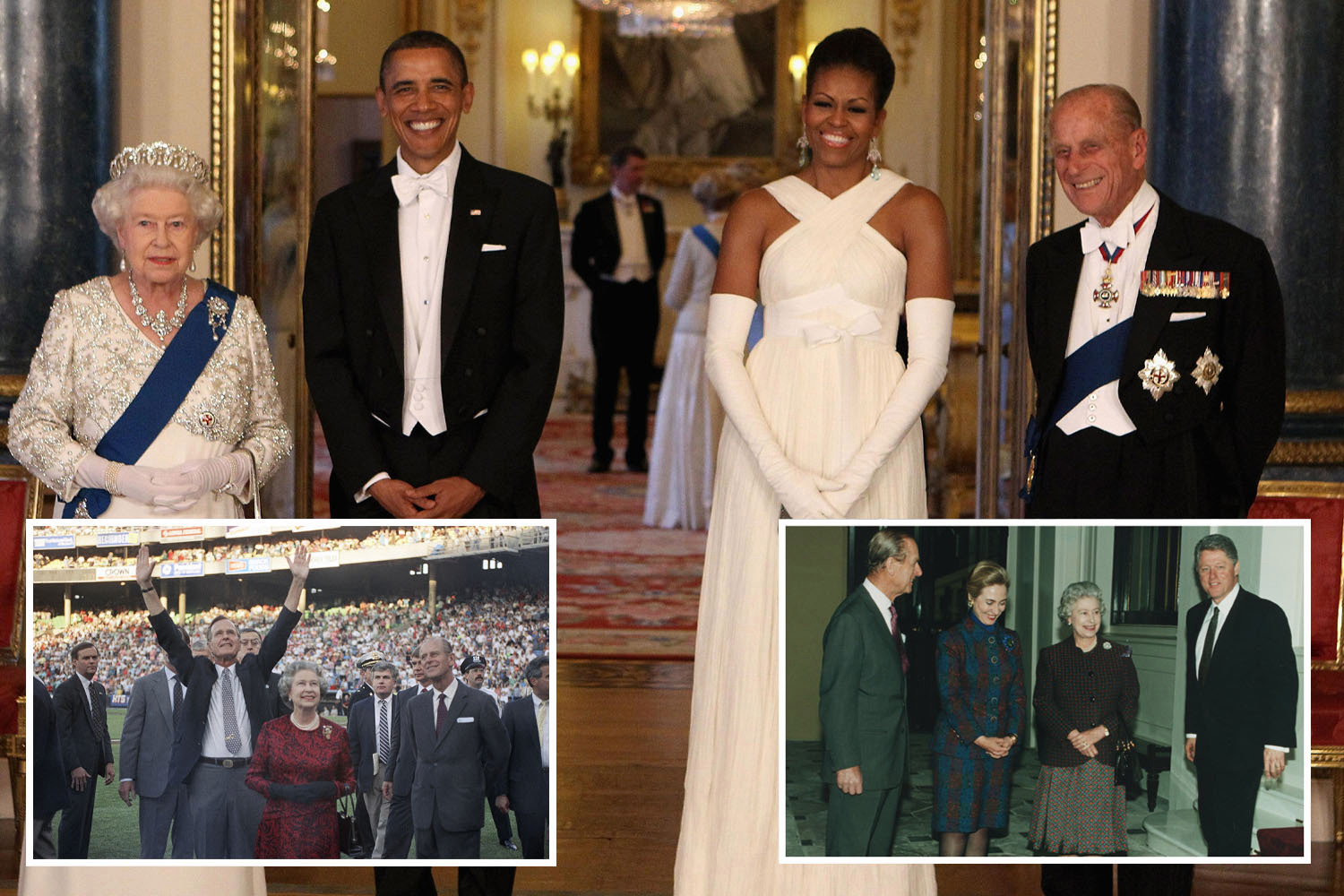 Queen Elizabeth was beloved by American presidents and met with more than a dozen during her reign, from Harry S. Truman through to current President Joe Biden.

The British monarch met personally with 13 of the 14 US presidents elected during her 70-year reign, in summits that strengthened the bonds between America and the United Kingdom.

After the Queen’s death today at Balmoral at the age of 96, Biden and several former presidents paid tribute to the longest reigning monarch.

“Her legacy will loom large in the story of our world”, Biden said today, adding that she was “more than a monarch.”

Donald Trump, Barack Obama and Jimmy Carter have all also paid their condolences to Elizabeth II.

The Queen had met every US president elected during her reign since taking to the throne in 1952 – except for Lyndon B Johnson.

The White House Historical Association explained there was a plausible explanation for The Queen being unable to meet with President Johnson – she was pregnant.

“Queen Elizabeth II never met President Lyndon Johnson during his presidency and was unable to attend John F. Kennedy’s funeral because she was pregnant with Prince Edward.”

Her husband Prince Philip, who died in April 2021, accompanied the Queen on hundreds of these meetings – whether overseas or in their home country.

The Queen and Philip traveled to Washington DC, for the first time to meet President Harry Truman in 1951 – when Elizabeth was still a princess.

Biden and his wife, Jill Biden, have historically had a good relationship with the Queen.

Biden visited Buckingham Palace in June 2021 as part of a number of in-person events revolving around the G7 global economic conference.

The Bidens also have a friendship with Prince Harry, Duke of Sussex – who they first met in 2013 at a reception for wounded warriors in Washington, DC.

“Her Majesty Queen Elizabeth II was more than a monarch. She defined an era,” President Biden and the first lady said in a statement.

“In a world of constant change, she was a steadying presence and a source of comfort and pride for generations of Britons, including many who have never known their country without her.

“An enduring admiration for Queen Elizabeth II united people across the Commonwealth. The seven decades of her history-making reign bore witness to an age of unprecedented human advancement and the forward march of human dignity.

“She was the first British monarch to whom people all around the world could feel a personal and immediate connection—whether they heard her on the radio as a young princess speaking to the children of the United Kingdom, or gathered around their televisions for her coronation, or watched her final Christmas speech or her Platinum Jubilee on their phones. And she, in turn, dedicated her whole life to their service.

“Queen Elizabeth II was a stateswoman of unmatched dignity and constancy who deepened the bedrock Alliance between the United Kingdom and the United States. She helped make our relationship special.”

Former President Donald Trump and his wife Melania, who last visited with the royals in June 2019 during the 75th anniversary of D-Day, called The Queen’s reign “historic and remarkable”.

“Melania and I are deeply saddened to learn of the loss of Her Majesty Queen Elizabeth II,” Trump said.

“Together with our family and fellow Americans, we send our sincere condolences to the Royal Family and the people of the United Kingdom during this time of great sorrow and grief.

“Her leadership and enduring diplomacy secured and advanced alliances with the United States and countries around the world.

“However, she will always be remembered for her faithfulness to her country and her unwavering devotion to her fellow countrymen and women.”

The 45th US president added: “Melania and I will always cherish our time together with the Queen, and never forget Her Majesty’s generous friendship, great wisdom, and wonderful sense of humor.

“What a grand and beautiful lady she was—there was nobody like her! Our thoughts and prayers will remain with the great people of the United Kingdom as you honor her most meaningful life and exceptional service to the people.

“May God bless the Queen, may she reign forever in our hearts, and may God hold her and Prince Philip in abiding care.”

They had also hosted Trump at Windsor Castle when he visited England in 2018.

The Queen reportedly admitted having a “soft spot for Americans” ever since meeting Obama in 2009.

Barack Obama – then serving as president – and his wife Michelle had developed a close bond with the royals since Obama took office, and the Queen hosted them at Buckingham Palace during their 2011 state visit to the UK.

“Her Majesty worked with 15 Prime Ministers and countless foreign heads of state,” the Obamas said in a statement.

“She listened deeply, thought strategically, and was responsible for considerable diplomatic achievements.

“And yet, she wore her lofty titles with a light touch—as willing to act in a comic sketch for the London Olympics as she was to record steadying messages for the people of the UK during the COVID-19 lockdowns.

“Michelle and I were lucky enough to come to know Her Majesty, and she meant a great deal to us.

“Back when we were just beginning to navigate life as President and First Lady, she welcomes us to the world stage with open arms and extraordinary generosity.”

Former President Bill Clinton and ex-Secretary of State Hillary Clinton have offered their condolences on the death of Queen Elizabeth.

“Hillary and I mourn the passing of Her Majesty Queen Elizabeth II, and we join with people across the United Kingdom and the Commonwealth, and all around the world, in giving thanks for her extraordinary life,” Clinton said in a statement.

“Throughout her remarkable 70-year reign, she led Britain through great transformations with unfailing grace, dignity, and genuine care for the welfare of all its people.

“In sunshine or storm, she was a source of stability, serenity, and strength.”

The 41st president of the US, George HW Bush, brought the Queen and Prince Philip to a baseball game in 1991.

Bush 41, a huge fan of the game, took The Royals to see the Baltimore Orioles play the Oakland Athletics in Maryland.

It was the first time the Queen had been to a baseball game.

Bush’s son, George W Bush – the 43rd president – expressed his gratitude for her decades of service as sovereign.

“Laura and I were honored to have known Her Majesty Queen Elizabeth II. She was a woman of great intellect, charm, and wit,” the 43rd president said.

“Spending time at Buckingham Palace, and having tea with Her Majesty – and her Corgis – is among our fondest memories of the presidency.

“Queen Elizabeth ably led England through dark moments with her confidence in her people and her vision for a brighter tomorrow. Our world benefitted from her steady resolve, and we are grateful for her decades of service as sovereign.

“Americans in particular appreciate her strong and steadfast friendship. Laura and I join our fellow citizens in sending our heartfelt condolences to the Royal family and the British people.”

Former President Jimmy Carter, the longest living US president, also expressed his condolences to the Royal Family: “Rosalynn and I extend our condolences to the family of Queen Elizabeth II and the citizens of the United Kingdom.

“Her dignity, graciousness, and sense of duty have been an inspiration, and we join the millions around the world in mourning a remarkable leader.”