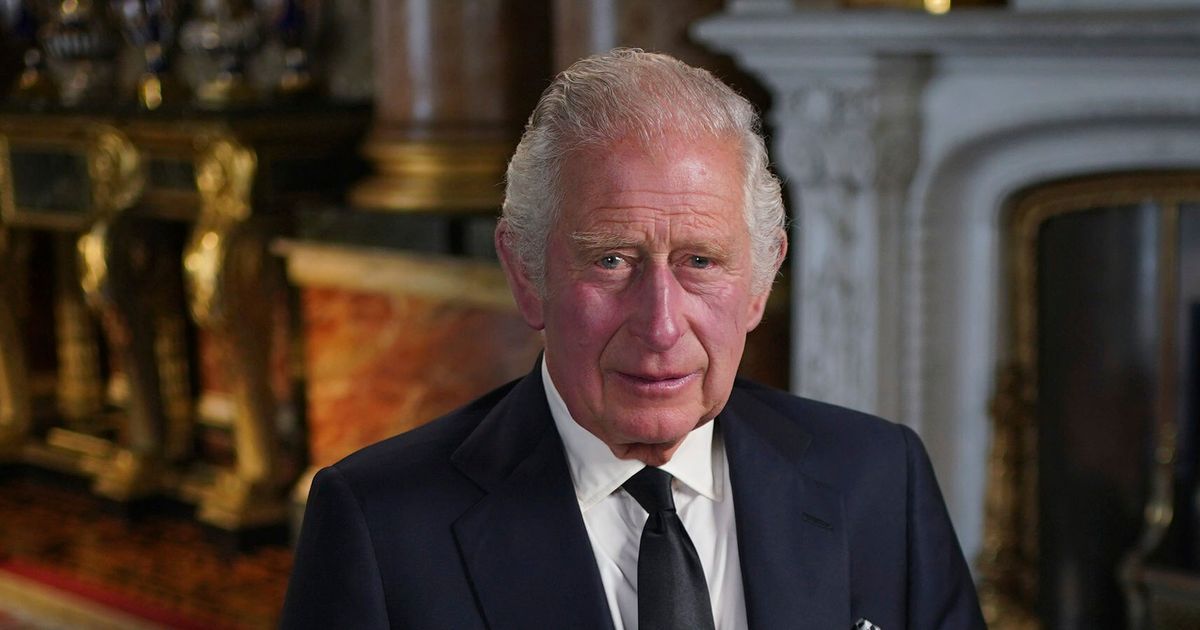 King Charles III addressed the United Kingdom and the Commonwealth for the first time as monarch on Friday, one day after the death of his mother, Queen Elizabeth II, whom he referred to as his “darling mama.”

“Throughout her life, her majesty the queen – my beloved mother – was an inspiration and example to me and to all my family, and we owe her the most heartfelt debt any family can owe to their mother,” the king said during his speech, which was recorded in the Blue Drawing Room of Buckingham Palace.

“Queen Elizabeth was a life well-lived ― a promise with destiny kept and she is mourned most deeply in her passing,” Charles added. “That promise of lifelong service I renew to you all today.”

The king also announced new titles for Prince William and Kate Middleton, who will be the new Prince and Princess of Wales ― titles that Charles and the late Diana held.

“With Catherine beside him, our new Prince and Princess of Wales will, I know, continue to inspire and lead our national conversations, helping to bring the marginal to the centre ground where vital help can be given,” he said.

The monarch also mentioned the Duke and Duchess of Sussex in his speech, as he expressed “my love for Harry and Meghan as they continue to build their lives overseas.”

The speech comes after Charles and Camilla, who is now Queen Consort, greeted crowds at Buckingham Palace, while onlookers shouted “God save the King.” It was Charles’ first public appearance as king.

A 96-gun salute for the queen took place on Friday, as well as the king’s first audience with Britain’s new prime minister, Liz Truss, at Buckingham Palace. Truss met with the queen on Tuesday, just two days before the royal’s death at age 96.

Charles assumed the title of king immediately after his mother’s death. He will formally be declared king on Saturday by the Accession Council at the State Apartments at St James’ Palace.

Prince William, who is now the Duke of Cambridge and Cornwall and second in line to the throne, will also attend the event. It will be televised for the first time in history.

Charles released a statement on Friday, just after his mother “died peacefully” at Balmoral in Scotland.

“The death of my beloved Mother, Her Majesty The Queen, is a moment of the greatest sadness for me and all members of my family,” he said.

“During this period of mourning and change, my family and I will be comforted and sustained by our knowledge of the respect and deep affection in which The Queen was so widely held.”

On Friday, Buckingham Palace announced that it was Charles’ wish that the official period of royal mourning would take place on Friday, and continue seven days past the queen’s funeral.

The queen’s funeral is expected to take place on Monday, September 19, though it has not yet been confirmed.

A coronation ceremony for Charles will also follow in due time, though no details have been shared.

As a sign of respect, coronation ceremonies typically take place some time after the previous monarch has died. Seeing as it’s been 70 years since the last coronation ceremony, for a then 27-year-old Queen Elizabeth, things likely will have updated.