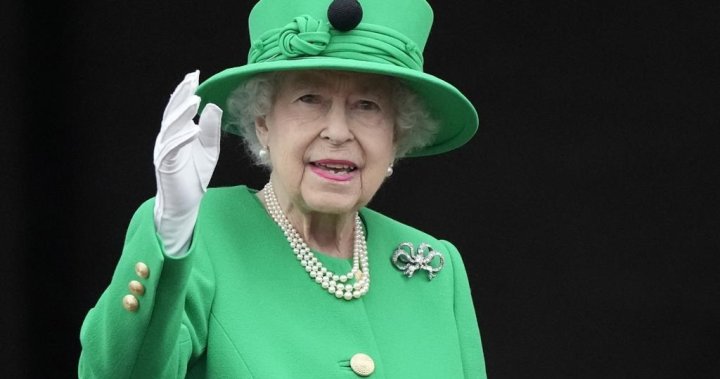 Seven decades of life under Queen Elizabeth II has left a lasting impact on a number of Saskatchewan residents, and after her death Thursday morning, it has them reflecting on their relationship with the late monarch.

‘She was just like one of us’: Saskatchewan reacts to the death of Queen Elizabeth II

Of those six visits, four included Saskatoon — a place where the queen left a lasting impact on many.

“I don’t think we could have asked for anything more of any human being for over 70 years as the monarchy,” Saskatoon resident Michael Owens said.

Owens was able to meet the queen not just once, but three times throughout his life.

The first time was in 1973, when Owens was just 10 years old. Nine years later, Owens met the queen during the constitution signing in Ottawa and finally in 1984 after the election.

“I think what stuck with me more than anything else was with her was that she had a really subtle sense of humour. She would never laugh at her own jokes,” Owens said.

And while people lined up to catch a glimpse of the queen in Saskatchewan, he said she always remembered the impact she could have.

“She has a profound understanding that people are people and human nature is human nature no matter where you are,” Owens said. “I think she also understood that people would be approaching them as if they were almost superhuman. And they (the king and queen) wanted to present the fact that they were just a person there to meet them.

For Owens, the news that the queen had died came as a shock, and is someone he will miss having as his queen.

“When you look at all the things that she has seen in all those 96 years, and for her to cope with it successfully, sometimes not in the favour of the people, but she had an underlying reason for everything she did,” he said.

In 1951, when she was known as Princess Elizabeth, Saskatoon historian Terry Hoknes’ grandfather filmed the princess on his eight-millimetre home movie camera — a video Hoknes continues to enjoy today.

“People cheered the whole way and the city was decorated and put British flags on every street along the path,” Hoknes recalled.

The footage was filmed at the corner of 2nd Ave. South, with cars turning onto 19th Street — a moment the city stood up and cheered for.

“This is probably the most exciting day that Saskatoon had in decades. 50,000 People from around Saskatchewan all made their way to Saskatoon just to catch a glimpse of the princess,” Hoknes said. “And school was closed throughout Saskatoon for the day and businesses were as well.”

Now Saskatchewan residents will have to wait and see if the queens successor King Charles III will ever make his way to the Prairies.

1:59
Saskatoon reacts to the death of Queen Elizabeth II

Saskatoon reacts to the death of Queen Elizabeth II