Tributes have continued to flow overnight for Queen Elizabeth II, following her death aged 96.
King Charles III gave his first public address, events have been postponed, and plans are being made for what happens now.

Here’s a rundown of everything you might have missed.

on Friday, King Charles III pledged to follow his mother’s example of “lifelong service”, after ascending to the throne following the death of Queen Elizabeth II.
Speaking for the first time as monarch from Buckingham Palace, the 73-year-old thanked his “darling mama” for her “love and devotion to our family and to the family of nations”.

“May flights of angels sing thee to thy rest,” Charles, wearing a black suit and tie, said in an emotional address — in a quote from Hamlet.

Earlier, the oldest heir to ascend to the throne received flowers, cheers and even kisses as he greeted well-wishers outside Buckingham Palace on his return from Scotland, where his mother died “peacefully” aged 96 on Thursday.

The new King has described the death of his mother as the moment he had “been dreading” in an exchange with British Prime Minister Liz Truss, which was picked up by television cameras.
The prime minister’s first meeting with the new monarch came after Charles returned to London, from Scotland, to cheering crowds outside Buckingham Palace who had come to pay their respects to the Queen.

“The moment I’ve been dreading, as I know a lot of people have,” Charles was heard saying to the prime minister as they met in the audience room at Buckingham Palace. 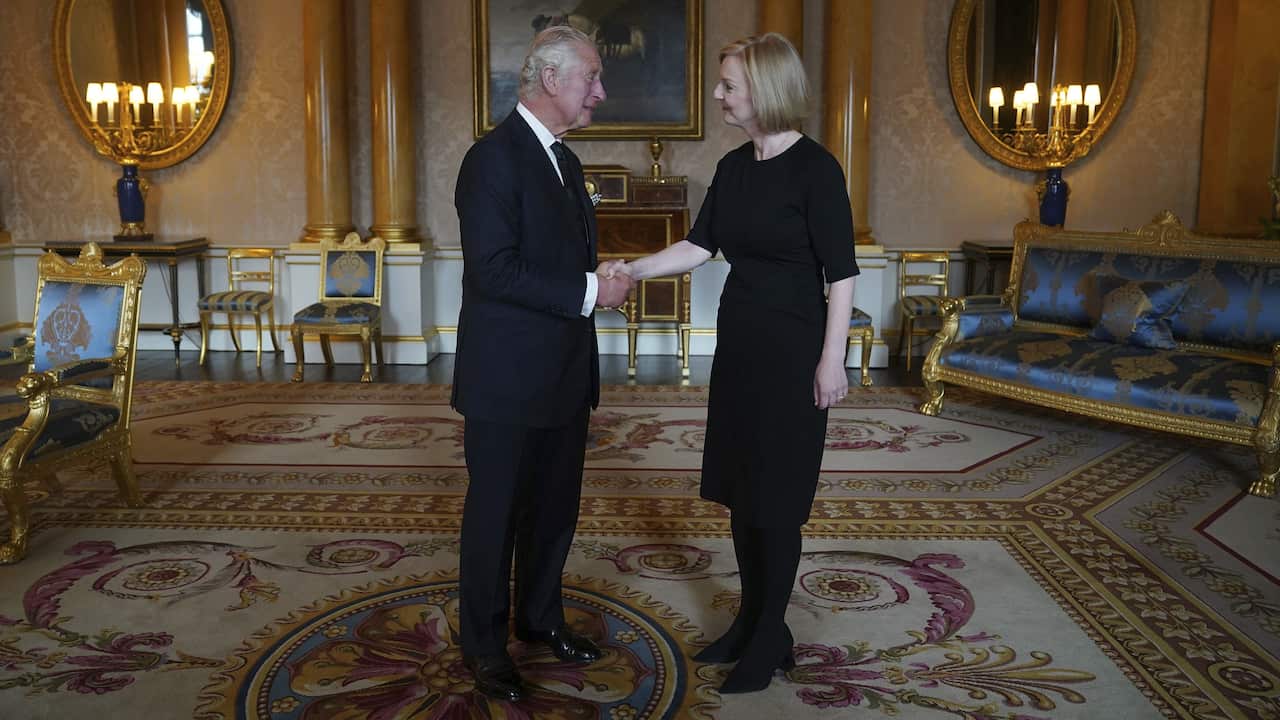 Earlier, Charles and his wife, Queen Consort Camilla, spent more than 10 minutes shaking hands with dozens of well-wishers and looking at floral tributes outside the palace after getting out of their car for an impromptu walkabout.

“It has been so touching this afternoon when we arrived, all those people who had come to give their condolences … and flowers,” Charles said as the prime minister also offered her condolences.

On Friday evening, tokens of respect were paid across the country following a 96-gun salute in the federal parliament forecourt – one round for each year of the life of the Queen, who reigned for 70 years.

The sails of the Sydney Opera House, which Her Majesty opened in 1973, were illuminated in her honour. So too were monuments in other cities, and flags were flown at half-mast around the nation.

In the UK, some events are on hold

The Premier League postponed all matches this weekend, as a mark of respect to Queen Elizabeth II.

The TUC umbrella body of trade unions postponed its congress due to begin on Sunday, while railway and postal workers halted upcoming strikes over pay, as Britain is gripped by soaring inflation and spiralling energy prices.

The Royal Albert Hall music venue cancelled two nights, and the Royal Opera House cancelled Thursday night’s performance and will close its doors on the day of the State funeral.

How do Britons feel about the loss of the Queen?

SBS News Chief International Correspondent Ben Lewis is on the ground in Balmoral, where he’s met locals there who’ve expressed their grief over the Queen’s death.
The Balmoral Estate, where the Queen lies in rest, has become the focal point of commemorations in Scotland.
“I admired the lady so much, I loved her,” says Sarah Halliday, who drove down from Fife.
Those wishing to pay their respects are asked to park in nearby towns, with shuttle busses taking mourners to the estate gates.

An operation years in the planning, which has allowed thousands to pay tribute in the first 24-hours. 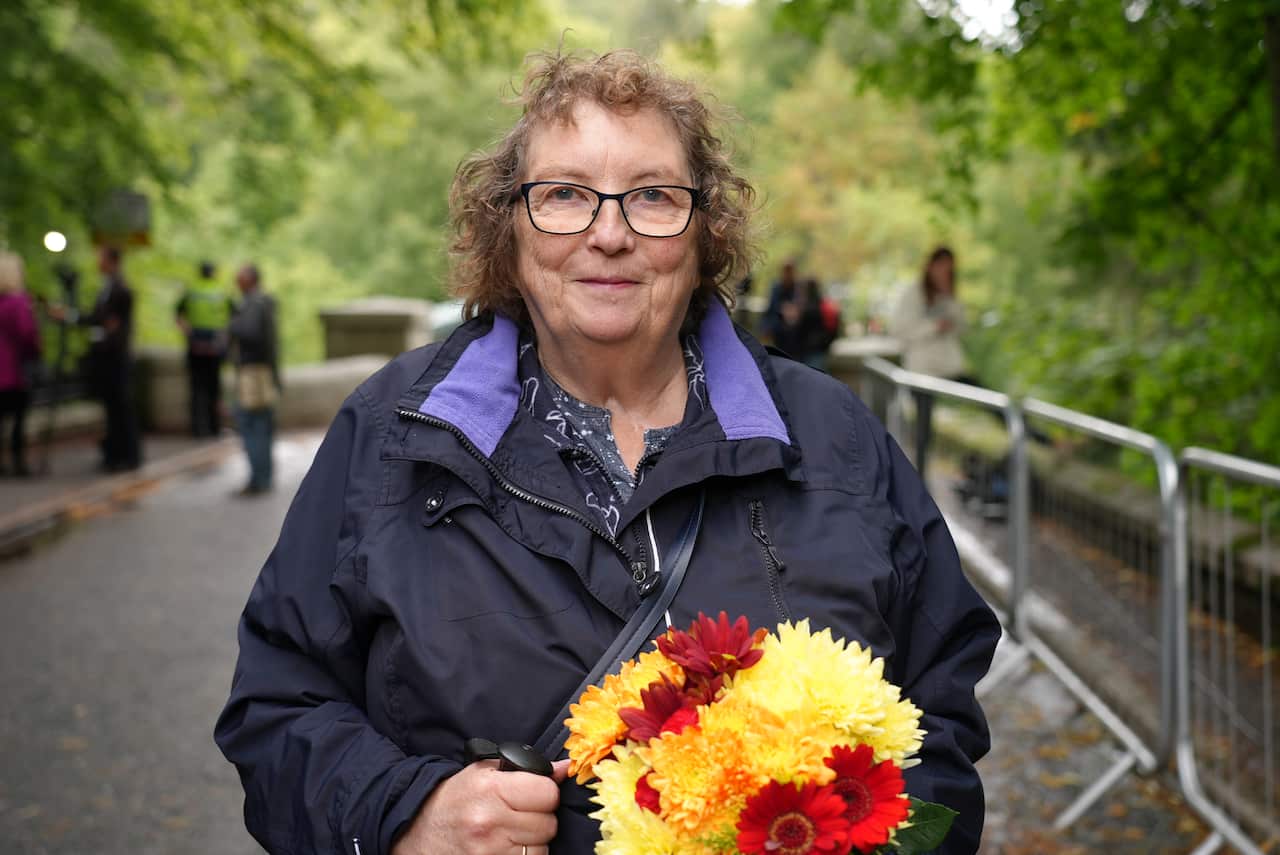 Shiela Fowler lives near Blamoral and remembers waiting with her family to see The Queen on Sundays after church. Source: SBS News / Ben Lewis

Shiela Fowler lives nearby and remembers waiting with her family to see The Queen on Sundays after church.

“We would stand at the side of the road and wave at her in her lovely maroon-coloured car. Standing with my parents and grandparents. It’s very sad for us. It’s just as if it’s my own mother gone again.”

Anything else I need to know?

The good news if you’re in Western Australia and Queensland is that your upcoming Queen’s birthday holidays won’t be affected.

A spokesperson for Queensland Premier Annastacia Palaszczuk confirmed to SBS News the public holiday would go ahead as scheduled, with the official name of the holiday to be discussed shortly.

Western Australia will most likely follow suit and change the name of the day, according to Cindy McCreery, an expert on British monarchy in the History Department at the University of Sydney.

Meanwhile, Netflix’s Emmy-winning drama “The Crown” paused filming of its sixth and final season on Friday following the death of Britain’s Queen Elizabeth, a central figure on the show. Netflix’s acclaimed series about Queen Elizabeth II and her family has paused production due to the monarch’s death. Source: AAP / Alex Bailey/Netflix via AP

The streaming service said production was suspended “as a mark of respect” for the monarch.

Filming also will be stopped on the day of the queen’s funeral, Netflix said.

The coming season is expected to cover events in the early and mid-1990s, including the divorce of Prince Charles and Princess Diana.