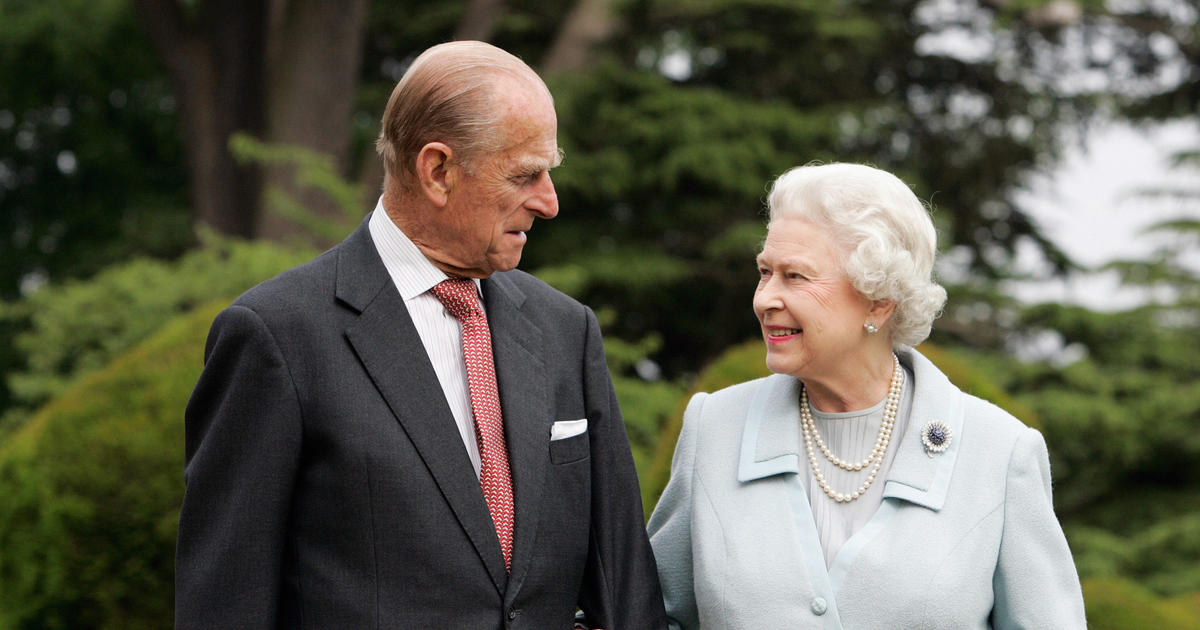 Queen Elizabeth II spent her entire 70-year reign at the helm of Britain’s royal family with her long-time love Prince Philip by her side. Their story began when they were just children and lasted until April 9, 2021, the day Philip died.

Here’s a look back at the couple’s remarkable royal love story.

The first time Elizabeth and Philip crossed paths was at the 1934 wedding of Princess Marina of Greece and Denmark and Prince George, Duke of Kent. Philip was 13 and Elizabeth was just eight years old. At that point, she was not in line to ever inherit the throne. She only became the heir at the age of 10, when her uncle Edward VIII, who would have been king, abdicated to pursue his own love story.

The two young royals were third-cousins, through their relations to Queen Victoria.

They met again in 1939 — this time when Philip, then 18 and a Navy officer cadet, helped escort a 13-year-old Princess Elizabeth around Dartmouth’s Royal Navy College, according to author and historian Tina Brown. It was at this meeting, Brown said, where their love story truly began.

Following that encounter, Elizabeth told her father King George VI that Philip was, “the only man I could ever love,” according to The New York Times.

The couple was engaged just eight years later, with an official announcement made on July 9, 1947, according to the royal family’s website. According to Brown, he proposed to her at Balmoral Castle — the same royal estate in Scotland where the queen died on Thursday. The ring included diamonds from a tiara that belonged to his mother.

The royal family was not sure of their match at the beginning, Brown said, as Philip, born in Greece, had what the family has described as a “turbulent” childhood. He and his parents — Prince Andrew of Greece and Princess Alice of Battenberg — were exiled when Andrew was accused of treason. Philip was just 18 months old when his family left Greece.

But the royal family clearly came around, because just four months later, a royal wedding was held on November 20, 1947, at London’s Westminster Abbey. Elizabeth was the 10th member of the royal family to be wed at the iconic church, although hers would make history as the first to ever be televised.

It was a spectacle for a new, global audience.

Elizabeth’s dress was designed especially for the occasion, but because of ongoing World War II rationing measures, she had to use clothing ration coupons to pay for it. The satin dress was embroidered in crystals and 10,000 pearls imported from the U.S. and had a 15-foot silk tulle train.

The extravagant wedding also saw a nine-foot-high cake, 2,500 gifts — including one from India’s paragon of democracy and peaceful protest Mahatma Gandhi.

Immediately after the ceremony, then-Princess Elizabeth and Prince Philip, now the Duke of Edinburgh, went to Buckingham Palace, where they stood on the balcony to wave to thousands of people who had crowded the area to celebrate the official start of their life together.

The couple then set off for a honeymoon in Hampshire, England, and at the Balmoral estate, all alongside Elizabeth’s beloved corgi, Susan.

It wasn’t long before Princess Elizabeth and Prince Philip assured new successors in the royal line.

In November 1948, just days before their first anniversary, Elizabeth gave birth to her first son Charles.

Charles went on to famously wed, and then divorce, the late Princess Diana, and eventually married Camilla, Duchess of Cornwall, in 2005. Upon Elizabeth’s death on Thursday, Charles automatically ascended to the throne to become King Charles III.

The couple had their second child and only daughter, Anne, in 1950. She was known as Princess Anne until June 1987, when the queen gave her the title of The Princess Royal. Anne married her first husband, Captain Mark Phillips, in 1973, and was among the first of her three siblings to get divorced, with the separation finalized in 1992. She remarried that same year.

Following her coronation in 1953, Elizabeth gave birth to Prince Andrew, Duke of York, in 1960.

Andrew has been widely criticized in recent years for his relationship with Jeffrey Epstein, and has been accused by Virginia Roberts Giuffre of sexually abusing her when she was 17. The prince has always denied the allegations, but he and Giuffre reached an out-of-court settlement earlier this year.

Buckingham Palace then announced that Andrew’s military affiliations and royal patronages had been revoked. He has not been permitted to conduct public duties on behalf of the royal family since 2019.

Elizabeth and Philip’s fourth and final child, Edward, was born in 1964. He was known as Prince Edward until he married his wife Sophie Rhys-Jones in 1999, at which point they were named the Earl and Countess of Wessex.

He is so far the only of Elizabeth and Philip’s children to not get a divorce.

Elizabeth became the queen immediately upon the death of her father, King George VI, in February 1952.

Prince Philip stood by Elizabeth’s side throughout her coronation ceremony in June the next year.

“I, Philip, Duke of Edinburgh, do become your liege man of life and limb and of earthly worship… so help me God,” he swore to Elizabeth as he knelt at her feet, according to Brown, the royal historian.

A life of love and laughter

Brown told CBS News on Thursday that over the course of their marriage – the longest in British royal history – Philip was known for keeping the queen steady, happy and laughing.

“Philip kept the queen real, that’s why she loved him so,” Brown said. “He had a strong sense of humor. He was incredibly irreverent. He always made her laugh and he always told her the truth, and that is what she loved about him.”

On November 20, 1997, to mark their 50th anniversary, Queen Elizabeth II said of her husband: “He is someone who doesn’t take easily to compliments, but he has quite simply been my strength and stay all these years, and I and his whole family, and this and many other countries, owe him a debt greater than he would ever claim or we shall ever know.”

In 2017, the couple became the first in the royal family to celebrate their platinum anniversary – 70 years of marriage. Since making their vows decades earlier, their family had grown to include eight grandchildren and 10 great-grandchildren.

The Duke of Edinburgh died in April 2021 at 99 years old, just seven months short of what would have been his and Elizabeth’s 74th anniversary.

Philip spent much of his final months in isolation with the queen at Windsor Castle, as the coronavirus pandemic ravaged the world. In one of their final major acts together, the couple got vaccinated against COVID-19 in January 2021.

At his funeral, a solemn queen sat alone in the pews as her beloved husband was memorialized.

Brown said that in the final year of Philip’s life, he and the queen “spent together more time than they’ve ever spent in their entire life, because they were locked down together at Windsor Castle in their bubble.”

“It was almost like sort of the beginning of their courtship, when they had this kind of wonderful, sort of intimate, last days together there,” Brown said, calling it an “unexpected blessing.”