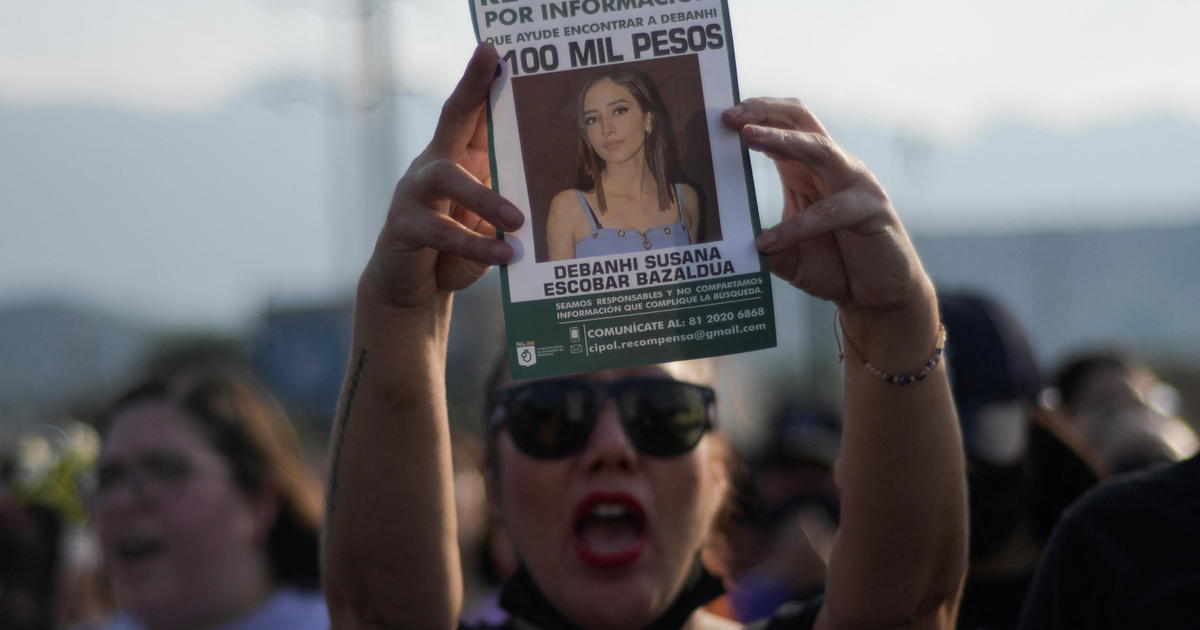 Mexico City — Investigators said Monday that another autopsy of a young woman whose mysterious death shocked Mexico has shown that she died of asphyxia by suffocation due to “obstruction of respiratory orifices.”

The autopsy results did not specify what had blocked her nose and mouth. The 18-year-old Debanhi Escobar was found dead in April in a partly-filled underground water holding tank of a motel near the northern city of Monterrey.

Dr. Felipe Takajashi, the head of Mexico City’s forensic service, said the latest autopsy on the woman’s exhumed body showed no signs of sexual violence. He said she died three to five days before her body was found.

Escobar’s remains were found days after she got out of a taxi on a dark highway.

The case made headlines because of a haunting photo taken by the driver who was supposed to get her home that night. The driver said she got out of the car of her own accord, and said he took the photo to prove she was alive when he left her.

The photo touched hearts throughout Mexico: a young woman standing alone at night on the side of a highway, wearing a skirt and high-top sneakers. The image seemed to speak of the tremendous vulnerability, and the self-assuredness – or desperation – of the woman.

She quickly became a symbol for an angry women’s rights movement in Mexico, where some 10 women are murdered every day, Agence France-Presse observes. Her death sparked numerous demonstrations.

Nuevo Leon state’s head medical examiner initially said Escobar died from a blow to the head, but was apparently alive when she entered the cistern and there was no water in her lungs.

But another forensic analysis of the original autopsy requested by Escobar’s family concluded that she had been sexually assaulted and murdered.

After the latest findings, he said it was clear his daughter had been murdered, according to AFP.

“My daughter did not die accidentally, that is my hypothesis,” he told reporters, AFP said. But he’s still waiting for results of other tests being done in England.

The case has been shrouded in mystery. Parts of the motel had previously been searched several times before her body was finally found only after a motel employee reported a foul odor coming from the cistern.

Video from the motel’s security cameras suggested Escobar had entered the motel and wandered around, eventually walking off camera in the direction where three cisterns are located near a swimming pool.

Some reports had suggested the woman may have fallen into one of the cisterns and died accidentally. Prosecutors said her body was found in one tank, her handbag in another, and her cellphone and keys were found in a third tank.