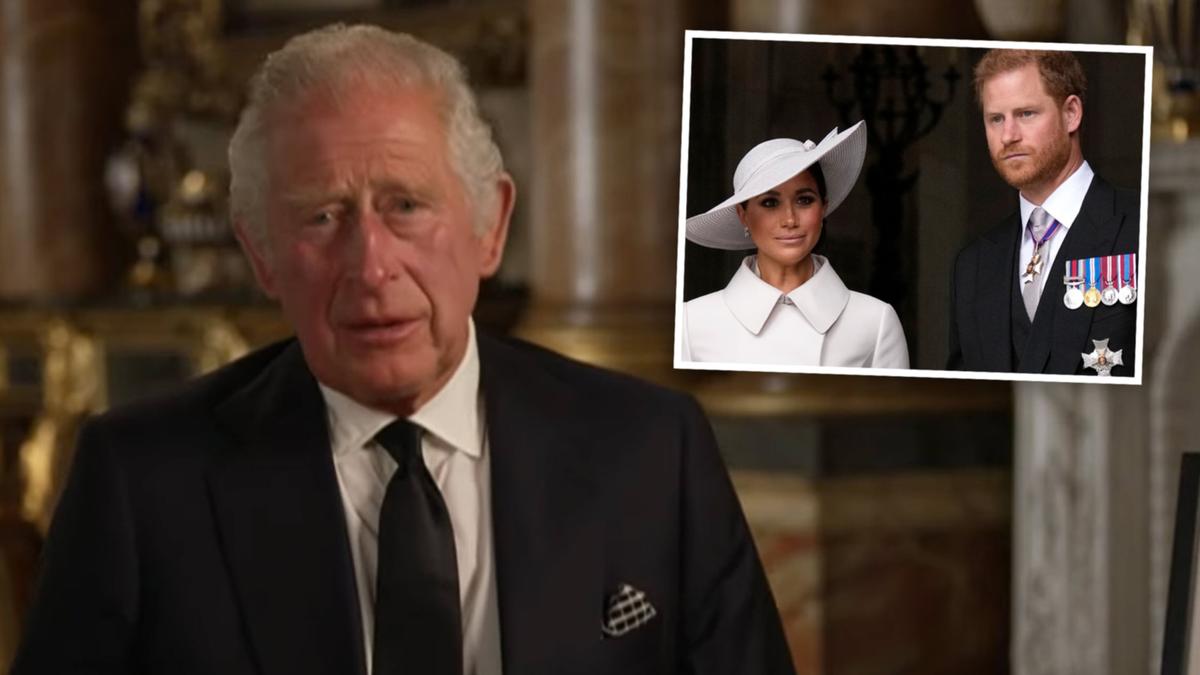 King Charles has extended an olive branch to Prince Harry and Meghan during his first speech as monarch.

Despite reports of the couple sparking uproar during the Queen’s final moments, the king publicly acknowledged his “love” for the couple.

It is the first time Charles has publicly acknowledged Harry after the couple launched a series of attacks on royal family since leaving the UK.

They include their bombshell Oprah Winfrey interview, during which the couple claimed an unnamed member of the royal family made racist remarks about Archie during Meghan’s pregnancy.

But the new king avoided controversy by making a special mention of them in his heartfelt speech on Friday night.

“I want also to express my love for Harry and Meghan as they continue to build their lives overseas,” King Charles said in his address.

It comes amid new reports that Meghan and Harry left Buckingham Palace staff furious over their apparent plans to visit Balmoral together to farewell the Queen on her deathbed.

The Daily Mail reports the palace was blindsided after the plans for them to travel together were announced by a trusted journalist of the couple.

“There was half an hour on Thursday following the Sussexes’ initial announcement during which matters quickly came to a head,” the publication reports.

“It is still unclear how much pressure was brought to bear by the Palace itself – or whether senior royal were involved – but a spokesman for the couple frantically began to ‘clarify’ their position, informing those same journalists that ‘only the Duke was travelling at the moment’.”

The King’s mention of the Sussexes in his speech followed his announcement of new titles for Prince William and Kate and him confirming his eldest son would take over his private estate the Duchy of Cornwall.

“Today, I am proud to create him Prince of Wales, Tywysog Cymru, the country whose title I have been so greatly privileged to bear during so much of my life and duty,’ he said of William.

“With Catherine beside him, our new Prince and Princess of Wales will, I know, continue to inspire and lead our national conversations, helping to bring the marginal to the centre ground where vital help can be given.”