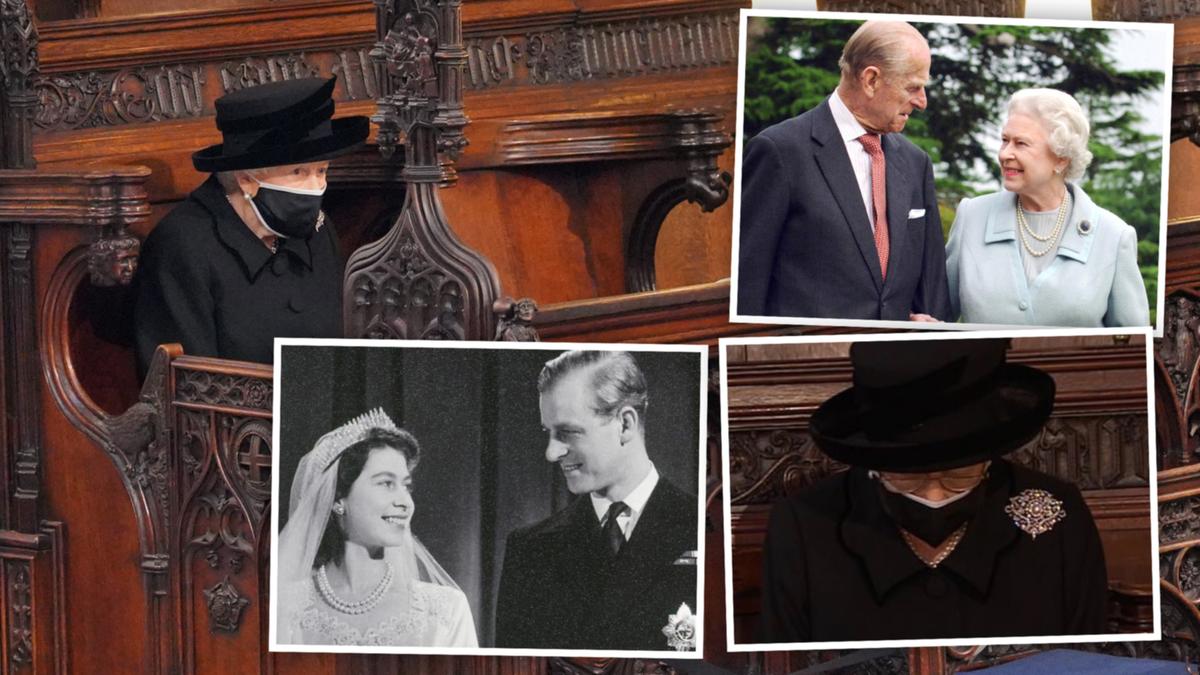 The final years of the Queen’s life, and of her 74-year marriage to Prince Philip, Duke of Edinburgh, should have been peaceful and untroubled, as befits anyone into their 90s and beyond.

But it was not to be. The world fell into a pandemic, which affected how the royal family could carry out its various roles. For their safety, the Queen and Prince Philip were kept in isolation, at Sandringham and Windsor, learning to use video chats as their means of communication.

These complications were, of course, shared by the rest of the world, much of which suffered far more than the royals.

Within the family, however, serious issues blew up and must have caused the Queen a great deal of anguish.

Her husband had retired from public life in 2017, at the age of 96, but he too must have been deeply saddened by the dramas which soon followed.

One arose through Prince Andrew, said by some to be her favourite child, and his association with convicted sex offender, the American Jeffrey Epstein. Virginia Roberts (now Giuffre), claimed that she had sex with the Prince three times, including once in London in 2001 when she was 17 and being trafficked by Epstein. It was an accusation that the Prince had vigorously denied in the past

Andrew continued to claim that he had no memory of ever meeting the woman, though photographs tended to undermine his protestations.

Matters became even more inflamed in November 2019 when Andrew gave a 50-minute interview to the BBC which was largely described as a car crash, with him failing to offer clear condemnation of Epstein (who had by then killed himself), a plausible explanation for his dealings with Epstein and any sympathy for Epstein’s victims. His clearly ludicrous attempts to extricate himself from blame made matters worse.

More drama came from her grandson Prince Harry, Duke of Sussex and his wife, the former American actress Meghan Markle, as they announced their intention to quit royal duties and move to the United States with their son Archie.

The couple wanted to carve a financial future for themselves away from the restrictions of royal life, though they had hoped to continue to represent the royal family.

They were rebuffed a year later when the arrangement was reviewed. The Queen was resolute in confirming that in stepping away from the work of the royal family, it was not possible to continue with the responsibilities and duties that came with a life of public service.

The Duke also lost his military patronages, and a solid wedge was created between the Sussexes and the rest of the family.

“While all are saddened by their decision, the Duke and Duchess remain much-loved members of the family,” the Queen said in a statement.

The couple accused the royal family of racism by discussing the colour of their son Archie’s skin, of ignoring her pleas for help during her suicidal moments and of not supporting Harry financially.

The duchess said that contrary to claims that she had made the Duchess of Cambridge cry, the reverse was true.

She made other claims, too, many of which were incorrect and the bug-eyed world became divided into those who lauded their courage in departing a life that did not make them happy, and those who felt their disrespect for the Queen, and other working royals, was outrageous.

The interview created a schism within the royal family which, apart from one comment by Prince William denying that the family was racist, saw it fall back on the long-held maxim “never complain, never explain”.

But there were various, and not necessarily accurate, reports claiming that some members were incandescent, especially as Prince Philip, then 99, was in hospital and facing the end of his life. Prince Harry did return to Britain for his grandfather’s funeral, leaving the pregnant duchess at home in their Californian mansion.

The couple signed massive contracts with Netflix and Spotify, among other deals and, later in 2021, Harry gave another explosive interview in the US, in which he said he would endeavour to provide a different childhood for his children than he had had.

It appeared to be a criticism of Prince Charles and also the Queen, when he said that “the genetic pain and suffering … gets passed on”.

It would have been another bitter pill for the Queen.

But all was not gloom in her final years.

The restrictions of the pandemic meant that she and her husband spent most of 2020 together in isolation, some saying it was the longest time they’d ever spent together, without work keeping them apart.

There were also the marriages of her grandchildren and the births of their children, allowing her to enjoy the pleasures of great-grandmotherhood more than might have been possible with their parents.

Sadly, she saw little of Prince Harry’s son Archie before he moved to the US and never met in person the couple’s daughter Lilibet, born in 2021 when relations with the Sussexes were at their most vexed.

The Queen’s absolute devotion to duty was on display when she returned to royal duties, four days after the death of the Duke of Edinburgh, to mark the retirement of her household’s most senior official.

She gave the traditional speech to open Parliament a month later.

Saturday, in a special 32 page commemorative liftout, The West Australian pays tribute to the extraordinary life of Her Majesty Queen Elizabeth II. We celebrate her life, from early childhood and her ascension to the throne, to life with her beloved Prince Philip and family. Don’t miss this special edition of The West Australian on Saturday.