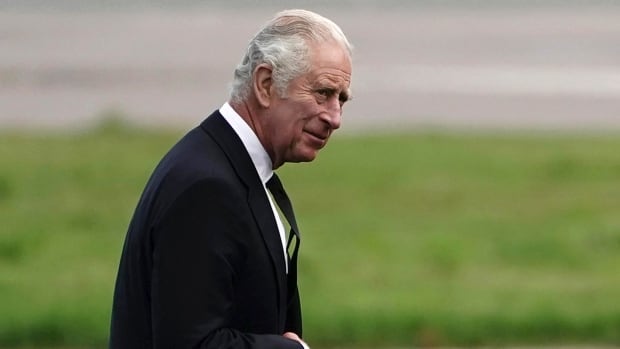 King Charles III was officially announced as Britain’s monarch Saturday, in a ceremony steeped in ancient tradition and political symbolism — and, for the first time, broadcast live.

Charles automatically became king when his mother, Queen Elizabeth II, died on Thursday, but the accession ceremony is a key constitutional and ceremonial step in introducing the new monarch to the country.

The ceremony at St. James’s Palace, a royal residence in London, is attended by the Accession Council, made up of senior politicians and officials who advise the monarch. They met without Charles, officially confirming his title, King Charles III. The king then joined them to make a personal declaration, vowing to follow his mother’s “inspiring example” as he took on the duties of monarch.

“I know how deeply you and the entire nation, and I think I may say the whole world, sympathize with me in this irreparable loss we have all suffered,” he said.

It’s the first time the ceremony has been held since 1952, when Queen Elizabeth took the throne.

Charles, 73, is accompanied at the ceremony by his wife Camilla, the Queen Consort, and his eldest son Prince William. William is now heir to the throne and known by the title Charles long held, Prince of Wales.

After Charles’s personal declaration, an official read the principal proclamation aloud from a balcony at St. James’s Palace.

The death of Elizabeth, Britain’s longest-reigning monarch, has drawn an outpouring of tributes from at home and around the globe.

London’s Lord Mayor and aldermen are in attendance, along with high commissioners from realms within the Commonwealth. High Commissioner for Canada Ralph Goodale was also invited to attend.

The proclamation will be accompanied by gun salutes and heralds who travel to Mansion House in the City of London where it will be read at the Royal Exchange.

The proclamation will be read publicly in the other capital cities of the United Kingdom — Edinburgh in Scotland, Belfast in Northern Ireland, and Cardiff in Wales — and at other locations, too.

A ceremony to proclaim the King as Canada’s new sovereign will take place at 10 a.m. ET at Rideau Hall in Ottawa.

Although he is already king, Charles’s coronation will take place at a later date — and the timing for that is not yet clear. There was a 16-month gap between Elizabeth becoming queen in 1952 and her coronation in 1953.