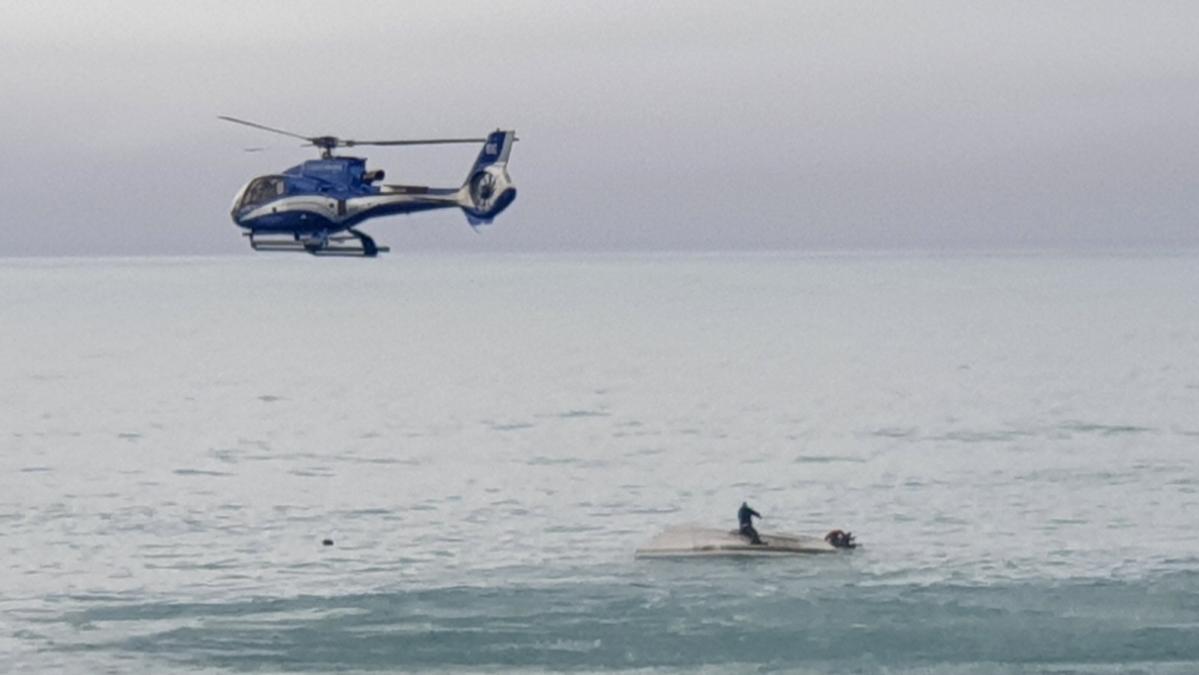 Five people have died in a tragic boating accident in New Zealand after a whale capsized their vessel while on a bird watching tour, Saturday Morning.

The 8.5 metre vessel, which was believed to be carrying 11 passengers, capsized after a whale allegedly swam under the boat in Goose Bay near the South Island town of Kaikoura.

Mayor of Kaikoura Craig Mackle told The Associated Press six passengers from the boat managed to swim back to shore safely, while five remained missing.

It is understood no Australians were involved in the incident.

Soon after tragedy struck, police divers searched the bay for the unaccounted passengers and recovered their bodies inside the vessel.

Sergeant Matt Boyce said a “large-scale maritime search and rescue effort” was sparked after the incident.

“Six others were taken to Kaikōura Health Centre to be assessed, one has been transferred to Christchurch Hospital as a precaution — all six are reported to be in a stable condition.

“The Police National Dive Squad have now recovered the deceased.”

Police were in the process of notifying next of kins Saturday afternoon and said they were unable to comment any further.

“This is an unprecedented event that has involved a significant response from emergency services and members of the Kaikōura maritime community,” Sergeant Boyce said.

“Our thoughts are with everyone involved, including the victims and their families, their local communities, and emergency services personnel.

“Police will continue to provide support to all those involved at this incredibly difficult time.”

Sergeant Boyce added police were in the “very early stages” of piecing together how the tragedy occurred.

“The exact circumstances surrounding the incident will be subject to an extensive investigation, which will involve multiple agencies,” he said.

Mayor Mackle said the water was “bloody cold” at the time of the incident, and it is believed the passengers were a group of bird enthusiasts heading out to the best locations.

“This is a tragic event that affects many lives, not least of all families and loved ones,” he said at a press conference.

“Our heartfelt sorrow and condolences to you all.

“I would like to thank everyone involved in the rescue and the recovery. Being able to bring everyone home is the best result in such a terrible circumstance.”

Mayor Mackle said the water was dead calm and the assumption was that the whale had surfaced from beneath the boat and flipped it.

Kaikoura is a popular whale-watching destination. The sea floor drops away precipitously from the coast, making for deep waters close to the shore.

A number of businesses offer boat trips or helicopter rides so tourists can see whales, dolphins and other sea creatures up close.

An investigation was sparked to determine the cause of the horrific incident.