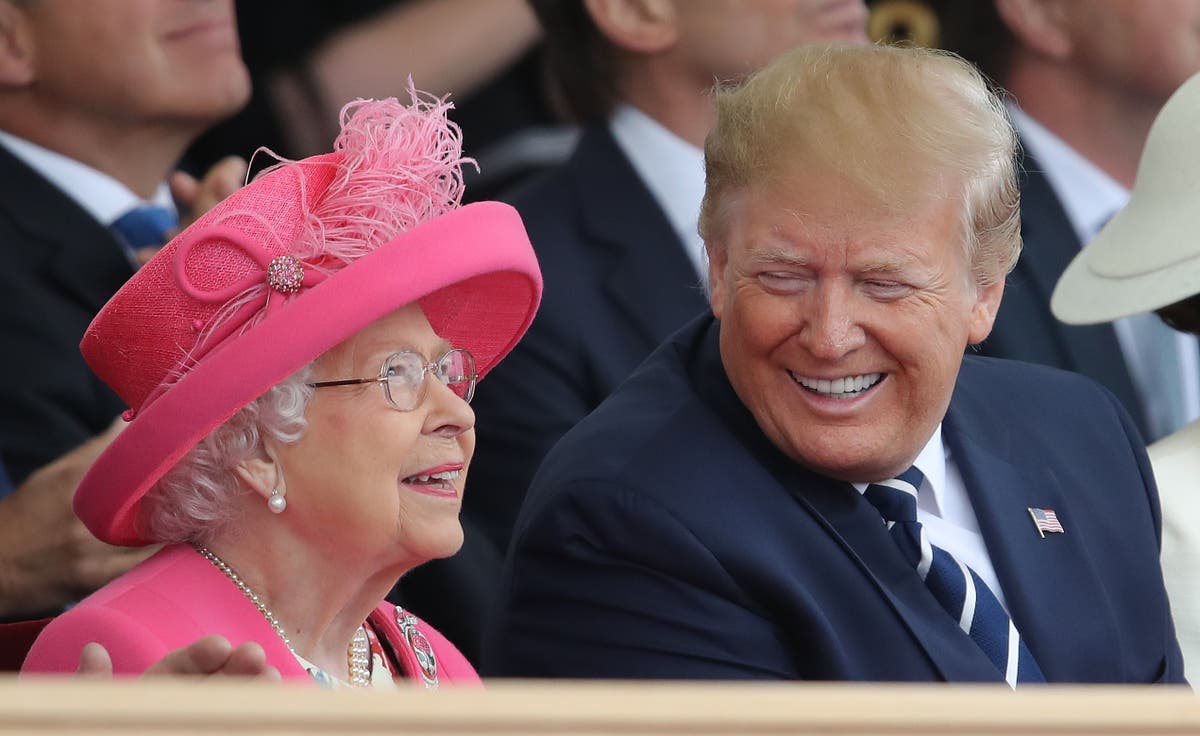 Donald Trump spoke with British broadcaster Nigel Farage to share more of his thoughts about Queen Elizabeth II, whom he called an “extraordinary woman” that he had “good chemistry” with.

“Well it is a sad day. It’s sad all over the world,” said the former president when asked by Mr Farage on GB News on Thursday night what his immediate impressions were upon learning of the monarch’s passing. “She was a woman that was extraordinary…. she did it so long so well,” he added, noting that “she never made any mistakes.”

“Well we were going to spend just a short period of time and we just got along really well and we spent a lot more time then people thought and it was really quite something,” he said. “We had a good chemistry. And then as you remember that evening there was a big celebration and I sat next to the Queen, and we just talked all night long. She was incredible. She was incredible to speak to and so sharp. Her mind was so sharp and just to be with her was something very special.”

Mr Trump also discussed how his mother, Mary Anne MacLeod Trump, was a “tremendous” fan of the Queen.

“She loved anything to do with the Queen. When the queen was on, my mother would be there watching,” he said.

The comments from the former president on British radio largely echoed what he’d shared on Truth Social hours early. Mr Trump notably posted immediately after learning of her death.

“Melania and I are deeply saddened to learn of the loss of Her Majesty Queen Elizabeth II. Together with our family and fellow Americans, we send our sincere condolences to the Royal Family and the people of the United Kingdom during this time of great sorrow and grief,” he wrote in a series of “truths”.

The former president continued: “Melania and I will always cherish our time together with the Queen, and never forget Her Majesty’s generous friendship, great wisdom, and wonderful sense of humor. What a grand and beautiful lady she was—there was nobody like her!”

The one-term president visited Buckingham Palace in 2019 after the Queen invited him and Melania Trump for a state visit. It was a matchup that, at the time, was seen as only underscoring the ideological differences between the two leaders.

“After the shared sacrifices of the Second World War, Britain and the United States worked with other allies to build an assembly of international institutions, to ensure that the horrors of conflict would never be repeated,” the queen said at the time, referring to institutions like Nato, which Mr Trump has repeatedly criticised. “While the world has changed, we are forever mindful of the original purpose of these structures: nations working together to safeguard a hard-won peace.”

During his interview with Mr Farage, Mr Trump praised the queen for her “brilliant” ability to navigate political landmines and “stay out of controversy” despite “that there was always controversy with the family”.

He retold an anecdote where he asked the reigning monarch, “who was your favourite president?” and she replied, “I like them all”.

“This is a world event,” he said, conceding that “it was a day that was coming” but a “very sad event.”