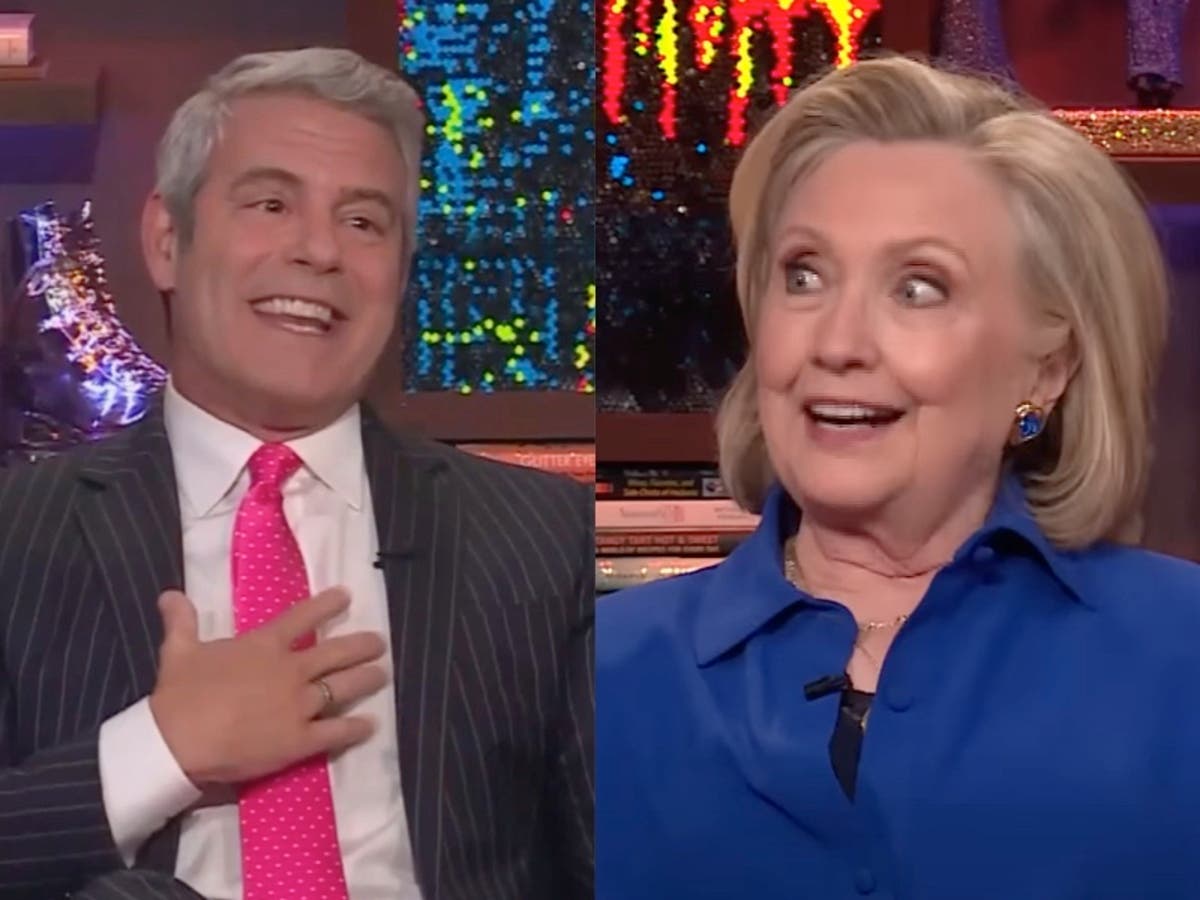 Hillary Clinton threw some shade at Ted Cruz during a talk show appearance on Thursday night and branded him “the eternal blowhard”.

The former secretary of state appeared on Watch What Happens Live with Andy Cohen alongside her daughter Chelsea Clinton to discuss their new Apple TV show Gutsy.

In the lighthearted segment, host Andy Cohen asked the  2016 presidential candidate to name the “biggest blowhard” who had served in the US Senate throughout history.

The late-night talk show host had previously reassured Ms Clinton that she could “plead the fifth” to any of his questions.

But Ms Clinton chose not to shy away from the question, smirking before giving her definitive response.

“Ooh, oh, too many to count,” she joked. “Right — I would have to say Ted Cruz is the eternal blowhard, right?”

Mr Cruz, who famously abandoned his state for a vacation to Cancun in the middle of a deadly winter storm, fired back at Ms Clinton on social media.

The Texas senator responded to a tweet about her comments by posting a video clip from a 2019 interview she did with PBS News Hour.

“Maybe there does need to be a rematch,” Ms Clinton says about former President Donald Trump in the clip. “Obviously, I can beat him again.”

In Thursday’s interview, Ms Clinton also didn’t mince her words about her feelings for other public figures including Melania Trump and Supreme Court Justice Clarence Thomas.

When asked what question she would like to ask her fellow former first lady, she sharply replied “How’s your summer going?” The quip was a likely reference to the FBI raid on Mar-a-Lago, which uncovered a trove of top secret documents at the Florida home of the former president.

To Justice Thomas, who voted to overturn Roe v Wade and whose wife Ginni Thomas has been tied to attempts to overthrow the results of the 2020 election, Ms Clinton asked: “Don’t you want to retire?”

The former US senator was also asked whether she had ever watched any of the TV shows about her family’s life, including the recent series about her husband former President Bill Clinton’s affair with then-White House intern Monica Lewinsky.

“You know, there have been so many dramatic interpretations of your family. I mean, countless — Primary Colors, American Crime Story:Impeachment, on and on. Have you watched any of them ever? And if so, why or why not?” Mr Cohen asked.

The former senator insisted she hadn’t seen any of them: “I’ve lived it. There’s no reason to watch it.”

Ms Clinton and her daughter are doing a media blitz to drum up interest in their new eight-part series which follows the mother and daughter duo across the country as they interview “gutsy” women.