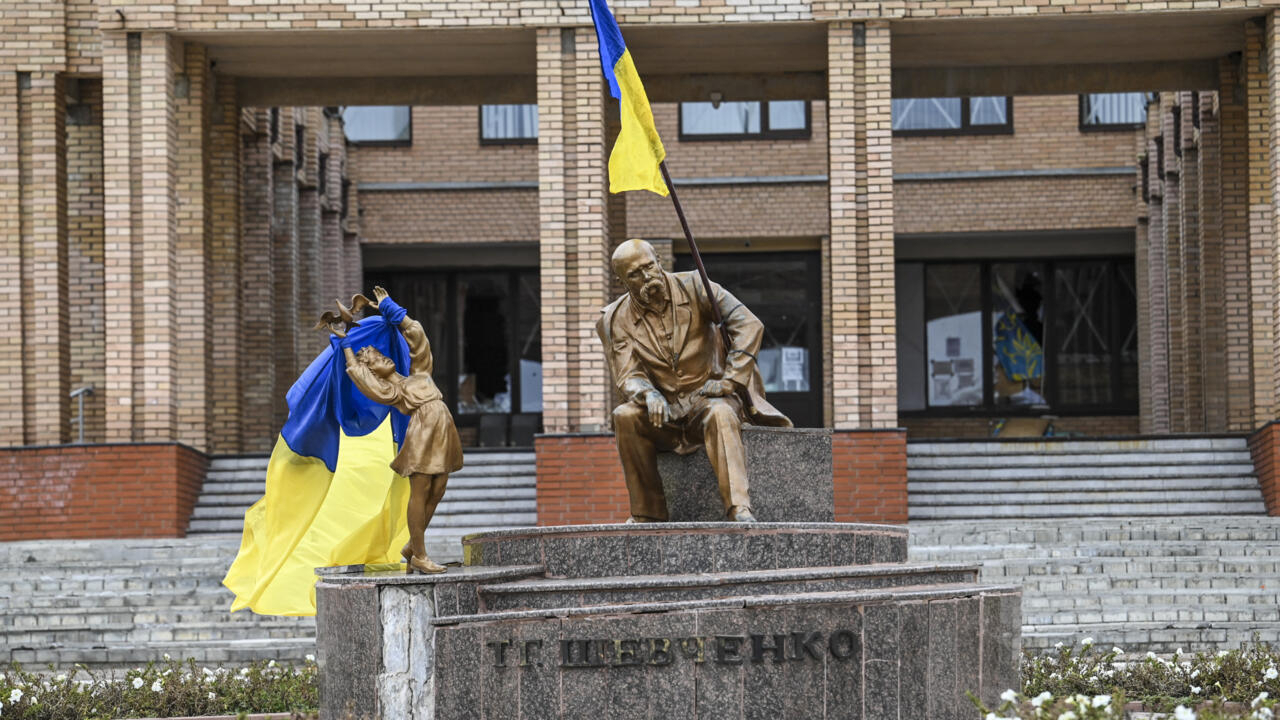 Moscow abandoned its main bastion in northeastern Ukraine on Saturday, in a sudden collapse of one of the war’s principal front lines after Ukrainian forces made a rapid advance. Meanwhile, Ukraine’s atomic power operator said Sunday that the last reactor at Europe’s largest nuclear power plant has been shut down after the plant was reconnected to the electricity grid. Read FRANCE 24’s live coverage of the day’s events. All times are Paris time (GMT+2).

Ukraine said Sunday its forces were working to wrest control of towns and villages around the strategic hub of Izyum from Russian troops as part of a sweeping counter-offensive in the country’s east.

“Our forces entered Kupiansk. The liberation of settlements in the Kupiansk and Izyum districts of the Kharkiv region is ongoing,” the Ukrainian military said in a general battlefield update Sunday, 200 days into Russia’s invasion.

Russia’s Defense Ministry announced Saturday that it was pulling back troops from two areas in Ukraine’s eastern Kharkiv region where a Ukrainian counteroffensive has made significant advances in the past week.

The news came after days of apparent advances by Ukraine south of Kharkiv, the country’s second-largest city, in what could become the biggest battlefield success for Ukrainian forces since they thwarted a Russian attempt to seize the capital, Kyiv, at the start of the nearly seven-month war.

“The Russian army in these days is demonstrating the best that it can do — showing its back,” Ukrainian President Volodymyr Zelensky said in a video released by his office Saturday night. “And, of course, it’s a good decision for them to run.”

Ukraine said Sunday the sixth and final reactor at the Russian-controlled Zaporizhzhia nuclear power station in the south of the country was no longer generating electricity.

“Today, September 11, 2022, at night, at 03:41 am (0141 GMT), unit No. 6 of the ZNPP was disconnected from the power grid. Preparations are underway for its cooling and transfer to a cold state,” state nuclear agency Energoatom said in statement.

Ukraine and its allies have been increasingly concerned about the safe operation of the Zaporizhzhia plant — the largest in Europe — and recent fighting there has raised fears of serious incident.

The UN’s atomic watchdog warned earlier this week that a blackout in the nearby town of Energodar had “compromised the safe operation” of the nuclear facility.

Energoatom said Sunday that a cold shutdown was the “safest state” for the reactor.