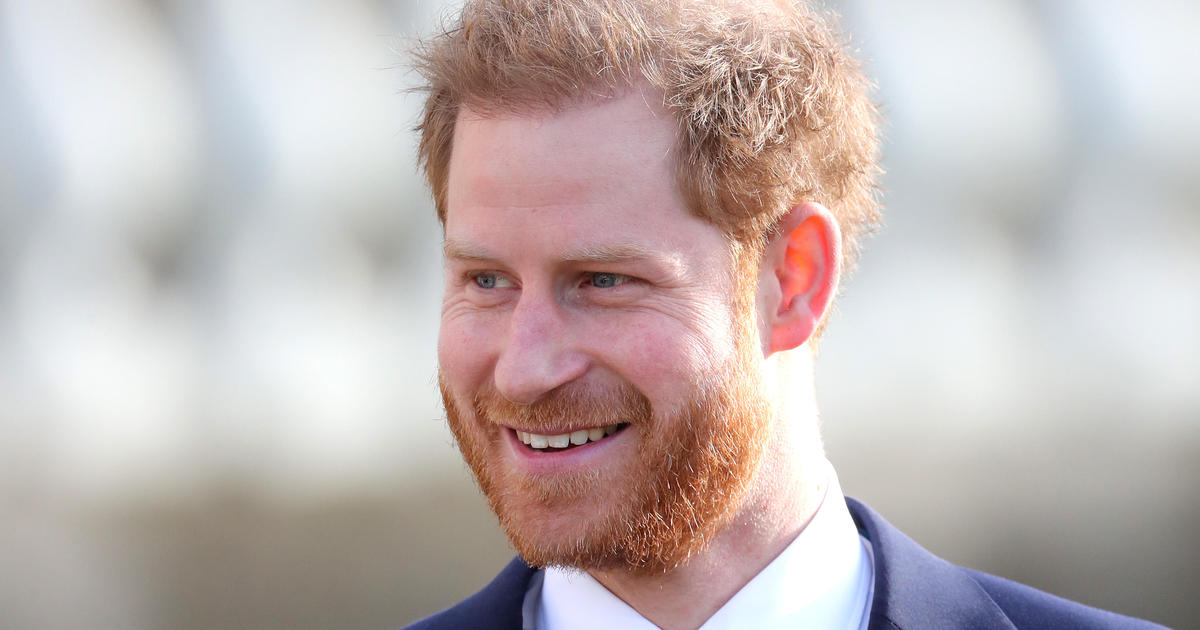 January 2020 proved a pivotal month for Britain’s royal family. Prince Harry, Duke of Sussex, and his wife Meghan, Duchess of Sussex, announced they were stepping back from royal life. As of March 31, they would no longer be senior royals, though they retain the titles of duke and duchess.

Britain has always held a special place in its collective heart for Harry, who was just 12 years old when he lost his mother, Diana, to a fatal car crash in 1997.

Here’s a look at Harry’s key moments, in pictures.

In his first public appearance since the change in their roles was announced, Harry hosted the Rugby League World Cup 2021 drawings at Buckingham Palace on January 16, 2020 in London.

In this photo, Prince Harry and Meghan, the Duke and Duchess of Sussex, greet well-wishers outside Windsor Castle on September 10, 2022, as crowds gathered to pay tribute to Queen Elizabeth II, the U.K.’s longest-serving monarch, who died two days earlier at age 96.

Harry’s father ascended to the throne as King Charles III, and Harry moved up to fifth in the line of succession.

Prince Harry, Duke of Sussex, and Meghan, Duchess of Sussex, exit Canada House in London on January 7, 2020, a day before making the big announcement that they were stepping back from royal duties.

The couple soon returned to Canada to start their new, more independent lives, and then decided to settle in California.

Prince Harry, Duke of Sussex, helps to plant trees at the Chobe Tree Reserve in Botswana, on day four of his tour of Africa, September 26, 2019 in Chobe National Park, Botswana.

Harry and Meghan arrive on the field prior to the start of a game between the New York Yankees and the Boston Red Sox at London Stadium on June 29, 2019.

Prince Harry and Meghan, with their baby, Archie, share a moment during a meeting with Archbishop Desmond Tutu and his wife Leah in Cape Town, South Africa, on September 25, 2019.

Harry and Meghan attend “The Lion King” European premiere in July 2019 in London.

Harry and Meghan introduce their newborn son, Archie Harrison Mountbatten-Windsor, at St George’s Hall at Windsor Castle on May 8, 2019. Archie had been born two days earlier.

Meghan and Harry drink from bowls as they visit a cooking demonstration in Rabat, Morocco, on February 25, 2019.

A walk in Cape Town

Harry and Meghan attend public holiday celebrations in the Bo Kaap district of Cape Town during a royal tour of South Africa on September 24, 2019.

The Duke and Duchess of Sussex arrive at Trooping the Colour, the Queen’s annual birthday parade, on June 8, 2019 in London.

Harry speaks during the opening ceremony of the Invictus Games in Sydney, Australia, on October 20, 2018.

The Duke and Duchess of Sussex attend Trooping the Colour on the Mall on June 9, 2018 in London.

Prince Harry and Meghan leave St George’s Chapel in Windsor Castle after their wedding on May 19, 2018.

After months of speculation, Prince Harry and Meghan Markle confirmed their engagement on November 27, 2017.

Harry and Meghan Markle stepped out as a couple during a wheelchair tennis match at the Invictus Games. The date and place: September 25, 2017, in Toronto, Canada.

The duke and the Wookiee

Prince Harry meets Chewbacca during a tour of the Star Wars sets at Pinewood studios on April 19, 2016 in Iver Heath, England.

Here, Harry is welcomed by the villagers upon his arrival in Lamjung during a five-day visit to Nepal, his first official tour of the country, March 21, 2016.

Prince Harry visits the village of Leorani in the Himalayan foothills on March 21, 2016 in Bardia, Nepal.

Prince Harry (wearing a feta turban after being given the honor of being “village headman”) dances during a visit to the village of Leorani in the Himalayan foothills on March 21, 2016 in Bardia, Nepal.

Prince Harry wears a turban after being given the honor of being “village headman” during a visit to the village of Leorani in the Himalayan foothills on March 21, 2016 in Bardia, Nepal.

Prince Harry chats to rangers as he learns about tiger traps with the WWF and local rangers in Bardia National Park, Western Nepal, on March 21, 2016.

Prince Harry attends the “Step Short” commemorative event in Folkestone to mark the centenary of the First World War on August 4, 2014, in Folkestone, England.

In this photo taken December 12, 2012, Britain’s Prince Harry – or just plain Captain Wales, as he is known in the British Army – makes his early morning pre-flight checks at Camp Bastion in southern Afghanistan.

Prince Harry meets Lady Gaga and Tony Bennett prior to the Gala Concert in aid of WellChild at Royal Albert Hall on June 8, 2015, in London, England.

Prince Harry during his visit to the Invictus Games training sessions for competing nations on September 8, 2014, in Dagenham, England.

Prince Harry competes in the Sentebale Royal Salute Polo Cup charity match at the Greenwich Polo Club on May 15, 2013, in Greenwich, Connecticut.

Prince Harry; Catherine, Duchess of Cambridge; and Prince William leave the church after the royal wedding of royal cousin Zara Phillips and Mike Tindall on July 30, 2011, in Edinburgh, Scotland.

Prince William takes the hand of his bride, Kate Middleton, now known as Catherine, Duchess of Cambridge, followed by Prince Harry and Kate’s sister Pippa Middleton as they walk down the aisle inside Westminster Abbey, April 29, 2011.

Prince Harry places a wreath to pay his respect to the victims of the 9/11 attacks at Ground Zero, the site of the former World Trade Center in New York, on May 29, 2009.

Prince Harry was on a 36-hour official trip to New York City.

Prince William and Prince Harry arrive for the premiere of the James Bond film “Quantum of Solace” on October 29, 2008, in London.

Prince Harry smiles as he poses for a photo with children during a visit to LCCU (Lesothu Child Counciling Unit) on July 9, 2008, in Maseru, Lesotho.

Britain’s Prince Harry arrives with the HCR Battlegroup at Holy Trinity Church to receive a medal for his service in Afghanistan on May 5, 2008, in Windsor, England.

Prince William, right, and Prince Harry watch the Concert for Diana at Wembley Stadium on July 1, 2007, in London.

Prince Harry leaves the wedding of Laura Parker Bowles to Harry Lopes on May 6, 2006, in Wiltshire, England.

Prince Charles poses with his sons, Prince William, right, and Prince Harry during the royal family’s ski break at Klosters, Switzerland, on March 31, 2005.

Prince Harry clenches his fist as he leaves Eton College on June 12, 2003, in Windsor, England.

Prince Harry plays in a polo match on May 19, 2002, at Hurtwood Polo Club near Guildford, Surrey, England.

Queen Elizabeth, the Queen mother, is photographed with grandson Prince Charles, center, and great-grandsons Prince William, left, and Prince Harry on her 101st birthday at Clarence House in London on Aug. 4, 2001.

Prince Charles, right, accompanies his sons Prince William, left, and Prince Harry after they arrived at Kensington Palace to view tributes left in memory of their mother, Princess Diana, in London, September 5, 1997.

The coffin of Diana, Princess of Wales, is carried into Westminster Abbey by the bearer party of Welsh Guardsmen for her funeral on September 6, 1997. Following the casket, from left to right: Prince Charles, Prince Harry, Diana’s brother the Earl Spencer, Prince William, and the Duke of Edinburgh.

Princess Diana, Prince Harry, Prince William and Prince Charles watch the parade march past as part of the commemorations of VJ Day on August 19, 1995, in London.

Diana, Princess of Wales, enjoys a boat ride on the Maid of the Mist in Niagara Falls, Ontario, in October 1991, with her sons Prince Harry, 7, and Prince William, 9.

Diana, Princess of Wales, smiles as she sits with her sons, Prince Harry, front, and William, on the steps of Marivent Palace on the island of Mallorca, Spain, August 9, 1987.

Prince Charles and Princess Diana pose for a family portrait with their sons, Prince William, right, and Prince Harry, at Kensington Palace in London, on October 6, 1984.