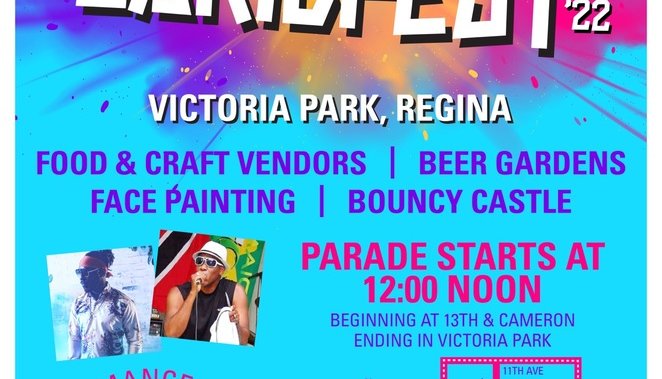 After 2022’s Mosaic festival was cancelled the Caribbean community in Regina is finding a different way to celebrate.

On July 23, the first ever Caribbean Carnival Festival will be hosted in the Queen city.

“You know how Christmas is in Canada?” Jacinta Fisher asked as she described the importance of the festival. “Carnival in the Caribbean is everything. That’s our biggest celebration throughout the year. And so we wanted to bring that here so that we can all share it.”

Fisher is one of the Caribbean Carnival of Saskatchewan Association members responsible for organizing the festival.

To kick CaribFest’22 off, a traditional Caribbean parade will make its way through the streets of Regina, starting on 13th Ave. and Cameron St., before stopping at Victoria Park where a number of life performances, games and entertainment will be waiting for those in attendance.

“There’ll be a big truck playing music and all those who want to dress up in their traditional regalia or costumes are more than welcome to join us walking down the streets,” Fisher said.

For Fisher, not only is it a day for members of the Caribbean community to express themselves in Regina, but for others to learn about the culture.

“It’s a chance for us to not only celebrate ourselves truly in the way we dress and the way we dance, the way we move with the music, but it’s also going to be a chance for all of us to invite other people to experience that feeling,” she said.

The celebration originally began in Trinidad and Tobago and is now celebrated around the world.

“The Caribbean Carnival traditionally started in about the 18th century, once emancipation of slavery happened,” Fisher explained. “It was a chance for everyone to be able to celebrate their cultures outwardly with dance, music and dress.”

The festival will run from noon to 8 p.m. Costumes for the event can be purchased through the Carnivals Facebook page.