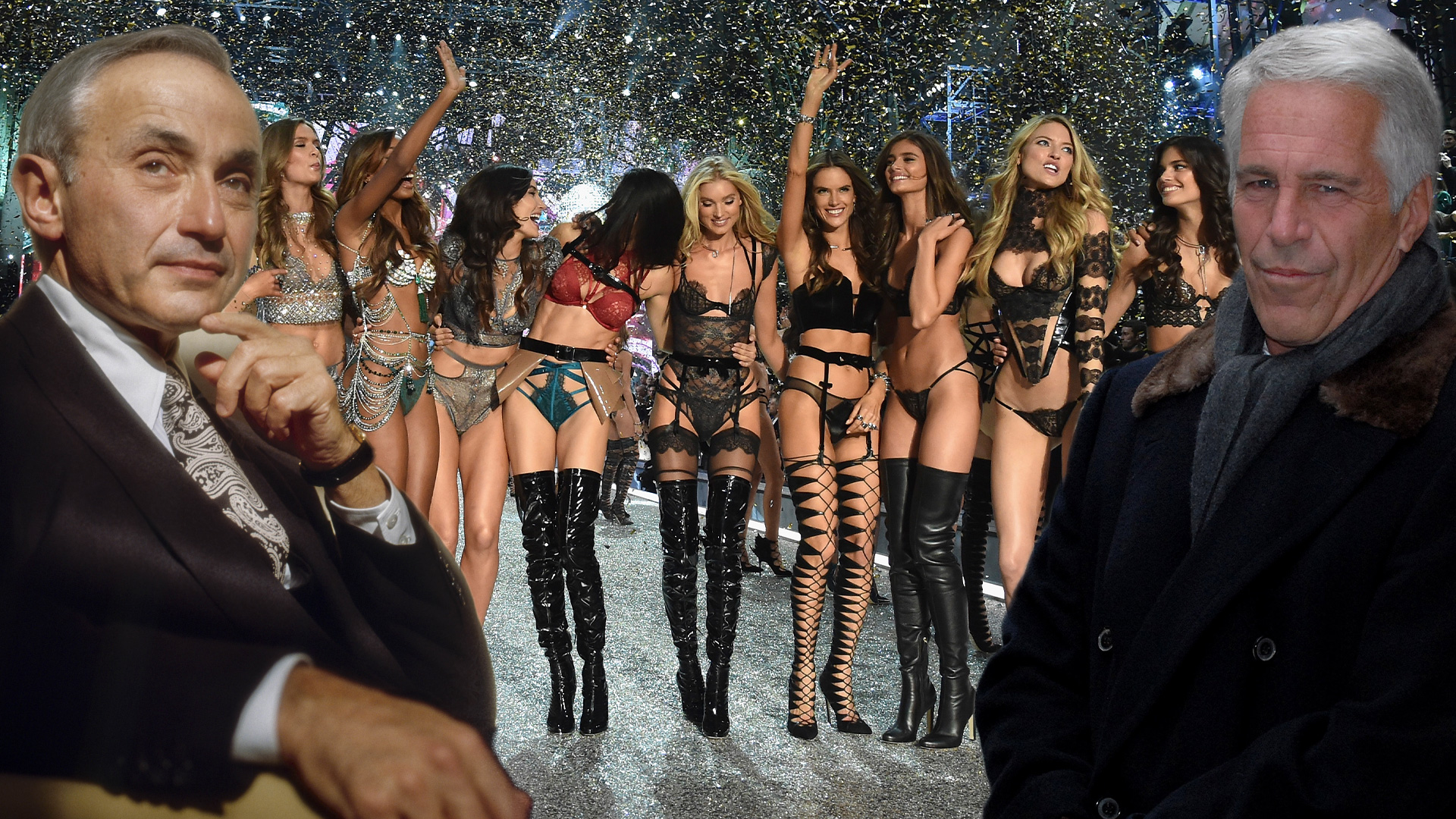 THEIR sexy “angels” made Victoria’s Secret a £6billion brand – but behind closed doors, the lingerie company was hiding some seriously dark demons.

But while they may have preached female empowerment, behind the glamour lay allegations of bullying and harassment, a refusal to embrace diversity and a disturbing link to one of the world’s most notorious sex offenders.

It alleges the two men were close friends for 20 years, living on the same estate and that Wexner gave Epstein power of attorney over much of his business.

Even more shocking are the claims that Epstein, who hanged himself three years ago while awaiting trial for more sex offences, used his association with the lingerie firm to procure young models. 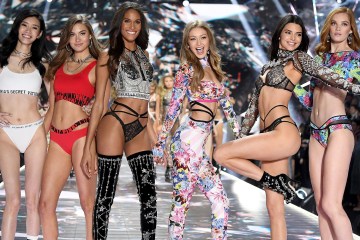 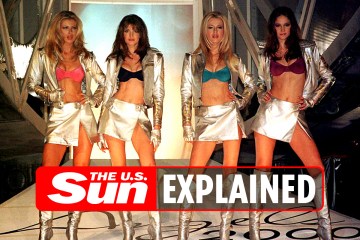 Former executives from the firm state that Wexner was aware of his friend’s abuse of his position, but the billionaire lingerie boss denies knowledge of any criminal activity.

In the three-part series Victoria’s Secret: Angels and Demons ex-models tell how “bad things” happened behind the catwalk curtain, with allegations that a blind eye was turned to “handsy” staff because everyone was making so much money.

Models “didn’t eat” because they were encouraged to be impossibly thin and photos were touched up when they weren’t slim enough for the Secret’s ideal.

Undoubtedly, though, it is the close ties between Wexner and Epstein that will be most damaging for the global giant.

Cindy Fedus-Fields, former CEO of Victoria’s Secret Direct — the brand’s catalogue/online arm — claims: “In 1993 I was told a man was in New York portraying himself as a recruiter for Victoria’s Secret models.

“I asked his name and she said Jeffrey Epstein and I thought, boy, this is trouble.

“I asked for Les (Wexner) to be called directly and he said he would put an end to it.”

But it did not put an end to it because other women tell how Epstein saw the internationally recognised underwear brand as a way to draw women into his perverted world.

The well-connected New Yorker, who was also friends with Prince Andrew and the former US president Bill Clinton, started working for Wexner in 1986.

Epstein became the clothing magnate’s most trusted money man, with Wexner describing him as “very smart with a combination of excellent judgement and unusually high standards. Also, he is always a most loyal friend.”

They were so close Wex­ner sold Epstein his private jet for a “below market price” and his Man­hattan townhouse.

Under Ep­stein’s ownership the plane would be nicknamed the Lolita Express be­cause he used it to traffick young girls into the US.

Alicia Arden, an underwear model and actress who had appeared in Baywatch, was lured to a hotel in Santa Monica, to meet Epstein in 1997 because he told her he worked for Victoria’s Secret.

But during the busi­ness meeting, he told her to strip down to her underwear, gave her $100 and “was touching my butt”.

She filed a police report but no criminal action was taken.

Frederique van der Wal, a long-time Victoria’s Secret model, was surprised to hear of other girls being told to audition for Epstein.

She tells the series, which airs on the streaming channel Paramount+: “I remember being on sets and a girl saying ‘I am asked to go see Jeffrey Epstein for Victoria’s Secret’.

“Why? It was never Victoria’s Secret that asked the girls to go see Epstein, but he used it as a calling card.”

It was no surprise so many young hopefuls accepted the invitation.

A contract with Victoria’s Secret could be worth millions of pounds and guaranteed instant recognition.

Getting in on the act was sleazy French model agency boss Jean-Luc Brunel, who was lent $1million by Epstein in 2004 to set up a New York firm called MC2 Model Management.

Conchita Sarnoff, an anti-trafficking advocate, says: “Brunel got the girls’ visas and they were put up in one of Epstein’s apartments. It allowed Epstein to bring girls legally into the US under the guise of modelling.”

British socialite Ghislaine Maxwell, convicted in December of conspiracy to commit sexual abuse, was often the first person the models spoke to.

Brunel was arrested at the end of 2020 on allegations of rape and other sexual offences against children, but like Epstein, killed himself, in February, while awaiting trial.

Wexner’s lawyers insist that Brunel never had any connection with Victoria’s Secret.

Entrepreneur Wexner, 84, who bought a sprawling country estate in the Cotswolds in 1997 and built a massive estate for himself in Albany, Ohio, in 1990, rarely gives interviews.

He seems to have been inspired to make it in business after his clothing store owner dad told him “you’ll never be a merchant”.

Wexner set up a store called The Limited in his hometown of Columbus, Ohio, in 1963. Three years later his parents Harry and Bella sold their shop and joined Les’s firm.

In 1982 he bought Victoria’s Secret for £850,000 with the firm reportedly facing bank­ruptcy. He turned it around with sales quadrupeling in the four years to 1990.

Wexner created a fake story that a “refined” English woman called Victoria had set up the store.

On the front of the catalogues the women were covered in gowns.

But that “classy” image was ditched when the Victoria’s Secret Fashion Show came along in 1995. Ex-executive Cindy says: “I realised the original Victoria had been killed off by the Angels. We moved into a more aggressive sexual point of view.”

The clothes got skimpier and skimpier, which was tough for the women expected to parade in them in front of rows of salivating men.

Frederique says: “For me personally it was quite exposing. I was happy to leave, go home and cry in a bath and say thank God I got that over with.”

While the brand had once struggled to attract the best known models, stars suddenly wanted to put on the famous wings.

Heidi Klum said: “It made me kind of a household name.”

Wexner even hired Hollywood director Michael Bay to make an advert with supermodels walking away from an explosion.

But Brazilian Adriana Lima, who was the lingerie brand’s longest serving model, said: “You have to watch what you eat.”

And after #metoo emerged in 2016, exposing sexual harassment within the entertainment industry, models started to complain about Ed Razek, who organised the TV specials.

An investigation by the New York Times in 2020 reported a culture of bullying and sexism under chief marketing officer Razek.

Former public relations staffer Casey Crowe Taylor tells the film-makers: “Ed’s assistant said if I had a dollar for every time a sexual harassment case came across my email I’d be rich.

“Ed laughed. It was a very normal thing to make a joke like that.”
In a statement, Razek denied that allegation.

Other members of the Victoria’s Secret team were said to be part of a toxic work environment.

Whistleblower James Scully, a fashion casting director, says: “It leaked that models were being assaulted by photographers, that they were being touched and grabbed in fittings and that other people in the Victoria’s Secret organisation were making inappropriate comments or getting too handsy with the girls”.

Years later agents told Scully they had heard the rumours but continued to send their female clients along to auditions knowing they were at risk.

Stylist Victoria Bartlett, adds: “The culture we were in then was very different, you had to kind of take a blind eye to it”.

The shocking sexualisation of children through the company’s Pink brand is portrayed as the moment the flesh-obsessed Wexner went too far.

Model Lyndsey Scott, who wore balloons rather than clothes during one of the Pink shoots, said: “There were a lot of bad things happening”.

Models skimpily dressed as naughty policemen were used to sell clothes to young teens, while underwear contained phrases such as “call me”.

Now that era is over.

The Victoria’s Secret fashion show ended in 2019, Razek left the firm and Wexner took a backseat.

Last year it became a stand-alone company and is continuing to make cutbacks despite selling more than £1billion worth of goods in the first quarter of this year.

Those angels’ wings have undoubtedly been clipped.