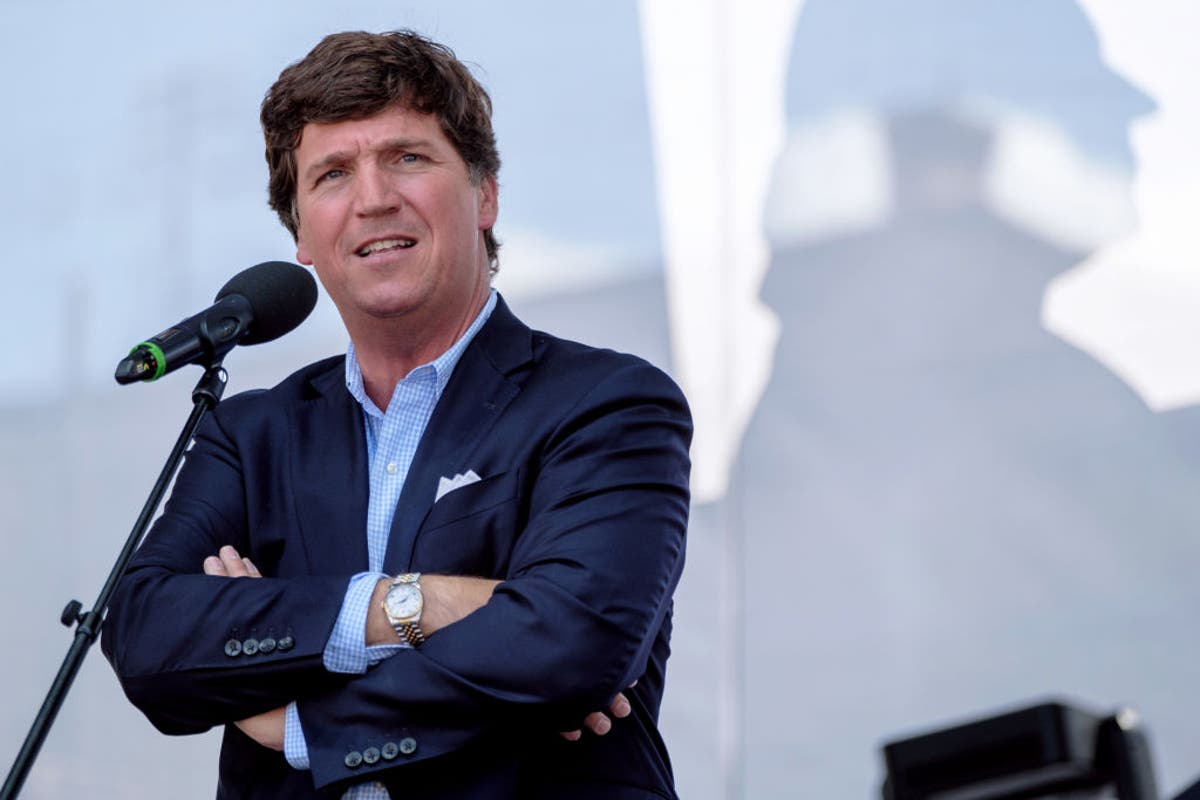 Tucker Carlson has again promoted the baseless Great Replacement Theory on his show to lash out at Democrats for allegedly trying to “replace” the electorate.

The Fox News host, who has spoken about the white supremacist theory frequently, went on a long rant on Tuesday night on Tucker Carlson Tonight and blamed the government for “changing America completely and forever” and “undermining democracy” by replacing US-born Americans with immigrants.

“Sometime around 1965, our leaders stopped trying to make the United States a hospitable place for American citizens, their constituents, to have their own families,” he said. “That used to be considered the central task of leadership – perpetuating the population. If people are happy and confident, they’ll have kids.”

“So, they stopped doing it and instead they just imported new people. That’s literally what happened,” he added, lashing out at the media for remaining silent over the topic he deems to be a “recipe for social collapse”.

“The media become absolutely hysterical when you do because it’s so obviously true… when it happens in this country, there is mandatory media enforced silence and in fact, if you notice it’s happening, it’s your fault. You’re immoral. You’re a racist, but it has nothing to do with race.”

He said population growth in the US since 1965 has come from immigration, not from Americans having more kids, without citing any references, reports or data for the year in question.

“Again, you can’t just replace the electorate because you didn’t like the last election outcomes. That would be the definition of undermining democracy, changing the voters,” he added.

Carlson has repeatedly been called out for raising the theory that has been cited by perpetrators of mass shootings to justify their actions.

Most recently, it was referenced by suspected Buffalo mass shooter Payton Gendron.

“Replacement” theory is a nebulous term used for the idea that Democrats and the Left in general are trying to “replace” or lessen the influence of white voters in the US through immigration policies.

Variations of the theory veer sharply into white supremacist ideologies and racism.

According to a New York Times analysis, the Fox News host has referred to that idea in more than 400 episodes since 2016.

Carlson went on to explicitly address the theory by its name and baselessly claimed it is an “electoral strategy”.

“The great replacement. Yeah. It’s not a conspiracy theory. It’s their electoral strategy and we know that because they see it all the time.”

A Daily Dot article rebutted a claim that white birth rates are falling, citing Pew Social and Demographic Trends that suggested birth rates for self-identified white, Black, Hispanic and Asian people are all in decline.