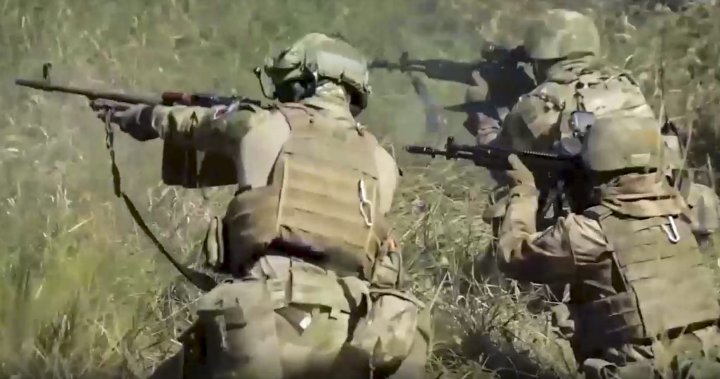 The Wagner Group, a Russian private military company, is trying to recruit over 1,500 convicted felons to take part in Russia’s war in Ukraine, but many are refusing to join, a senior U.S. defense official said on Monday.

“Our information indicates that Wagner has been suffering high losses in Ukraine, especially and unsurprisingly among young and inexperienced fighters,” the U.S. official told reporters, speaking on the condition of anonymity.

The European Union has imposed sanctions on the Wagner Group, accusing it of clandestine operations on the Kremlin’s behalf.

President Vladimir Putin has said the group does not represent the Russian state, but that private military contractors have the right to work anywhere in the world as long as they do not break Russian law.

The U.S. official pointed to recent social media videos, which appeared to show Yevgeny Prigozhin, whom the U.S. Treasury Department and the European Union have said the Wagner Group is linked to, trying to recruit prisoners.

The video appeared to show Prigozhin attempting to recruit Russian prisoners as well as Tajiks, Belarusians and Armenians.

Reuters has not independently verified the social media videos.

Wagner Group fighters have been accused by rights groups and the Ukrainian government of committing war crimes in Syria and eastern Ukraine from 2014 onward.

In July, British military intelligence said that Russia has used Wagner to reinforce its frontline forces in the Ukraine conflict.

Russia has suffered between 70,000 and 80,000 casualties, either killed or wounded, since its invasion of Ukraine began, the Pentagon said last month.

Ukraine extended its hold on recently recaptured territory on Monday as troops marched farther east into areas abandoned by Russia, paving the way for a potential assault on occupation forces in the Donbas region.