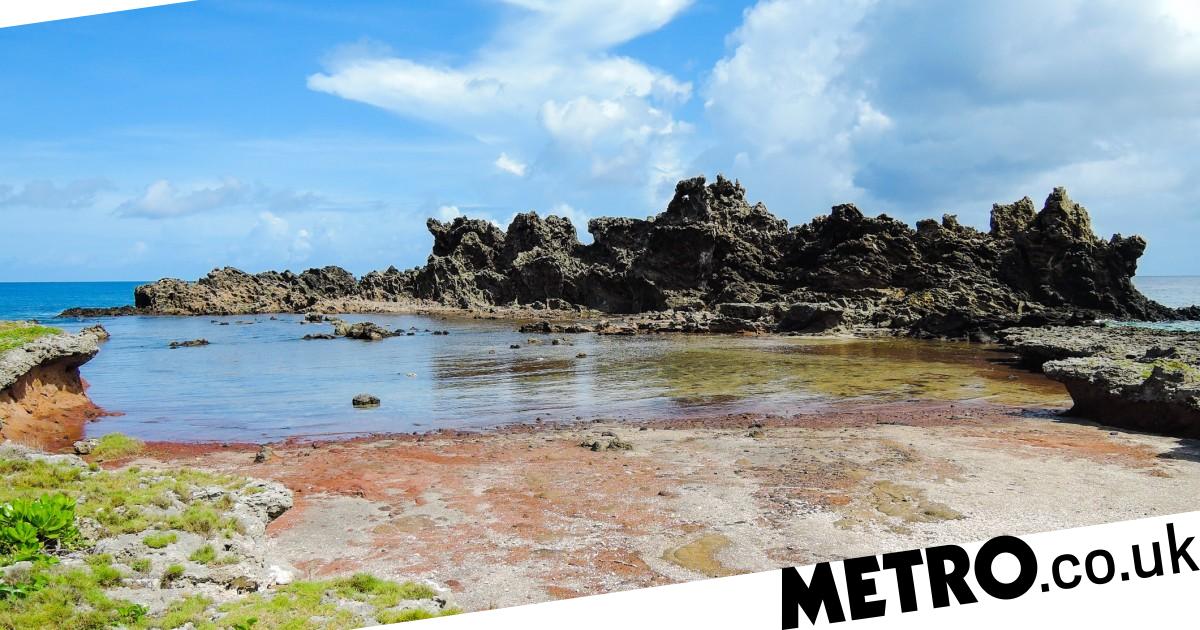 A Japanese fisherman has admitted stabbing dozens of protected sea turtles to death after becoming frustrated when they become tangled in his fishing nets, it has been claimed.

Local officials expressed astonishment that the ‘extremely grisly’ episode took place in the modern age, but did not name the individual involved.

Between 30 and 50 green sea turtles were found dead or dying with stab wounds on their necks and elsewhere on a beach in remote Kumejima island last Thursday.

‘Sea turtles are gentle creatures and they move away when humans approach them,’ he said.

‘I couldn’t believe it could happen in this day and age.’

Yuji Tabata, the head of the local fishermen’s cooperative, added that the man responsible has confessed to stabbing the animals after dozens become tangled in his gillnet.

The unnamed suspect told the cooperative that he released many of the tangled-up turtles, but after struggling with the animals, he began stabbing them to try and weaken them.

‘He said he has never seen so many turtles on his nets. He regrets it now,’ Mr Tabata explained.

‘He said he felt in physical danger.’

The local town government and police are investigating the deaths, a municipal official told news agency AFP – but they declined to say whether the fisherman could face punishment over the incident.

Cheapest UK supermarket named where you can save £25

An editorial in the Okinawa Times newspaper condemned the deaths and the manner in which the protected animals were left to perish on the beach.

But it also urged local officials to consider claims by fishermen that turtles are causing economic damage.

Some fishermen in the area believe the turtle population is increasing, according to Japanese media.

Green turtles are endangered and their numbers are decreasing, according to the widely-respected IUCN red list.

That further disrupts eco-systems already taking a battering from the climate crisis.

The problem is known as ‘bycatch’ and also impacts dolphins, whales, sharks and seabirds, among other animals.

The creatures can collide with fishing boats, injuring themselves and damaging the crafts’ propellers.

Mr Tabata said the community is also concerned that turtles are eating the seagrass that is home to the fish they depend on for their livelihood.

He stressed that the incident was rare and fishermen regularly untangle turtles caught in their lines.

‘We are in the process of coming up with ideas so that this doesn’t happen again,’ he added.


MORE : Turtles clogged with plastic saved and returned to the wild in heartwarming video