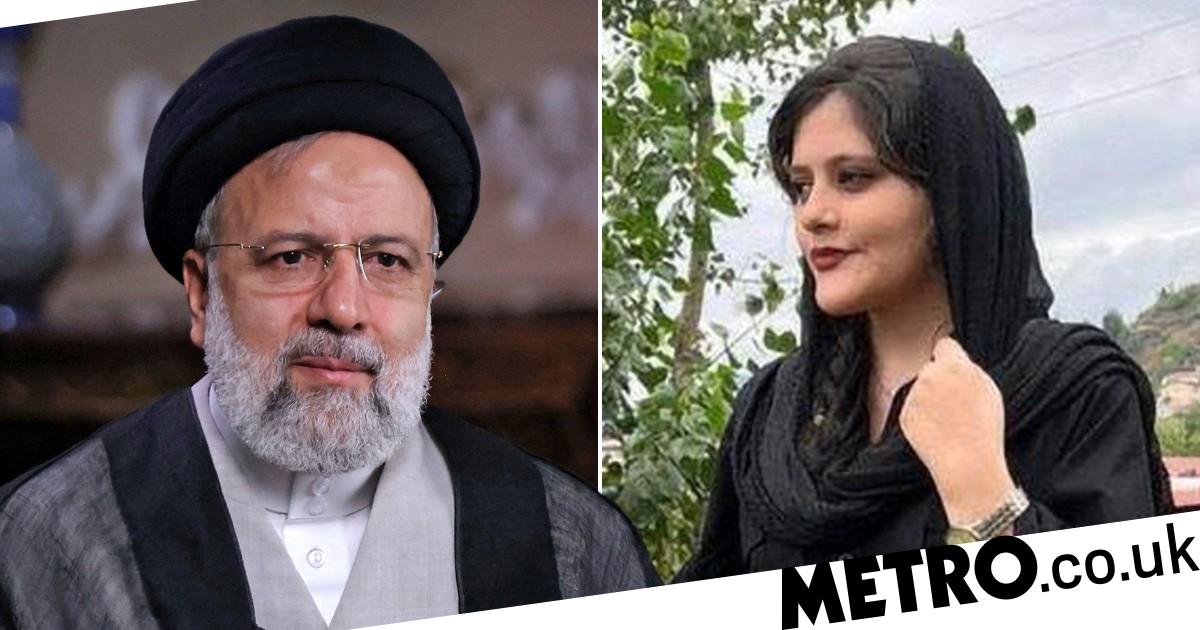 A 22-year-old woman has died in police custody after being arrested by the ‘morality police’ for not wearing a hijab.

Mahsa Amini, who had travelled from Kurdistan to Tehran to visit relatives, was rushed to hospital a few hours after being detained.

Leaked hospital scans show the young woman was declared brain dead after suffering a fractured skull and internal bleeding while in custody – despite the police saying she died from a heart attack.

Iran International, a London-based news organisation, claimed they obtained the scans from a hacker group which revealed Ms Amini’s injuries were caused by direct hits.

They reported she suffered ‘a skull fracture on the right side of her head due to complications caused by a direct blow to the skull’.

According to witnesses, Ms Amini was beaten while inside a police van which was taking her to a detention centre.

But brigadier-general Hossein Rahimi denied any accusations authorities ‘beat’ the young woman, saying she suffered ‘sudden heart failure’ while waiting with other women to be ‘educated’.

He said: ‘The evidence shows that there was no negligence or inappropriate behaviour on the part of the police.’

They also released CCTV footage appearing to show Ms Amini standing up from a chair, then holding head head with both hands before stumbling and collapsing, which her dad called an ‘edited version of events’.

He also said that his daughter was ‘fit and had no health problems’.

Iran’s president, Ebrahim Raisi, ordered a probe into Ms Amini’s death, asking interior minister Ahmad Vahidi to ‘investigate the cause of the incident with urgency and special attention’.

However Mr Vahidi has previously denied the young woman died at the hands of the police, arguing the patrol officers did not have the means to assault the young woman and her medical treatment was appropriate and timely.

Ms Amini’s brother, Kiarash Amini, told Iranwire he was with his sister when she was arrested and forced inside the morality police’s patrol van.

Officers told him that she was being taken to attend a ‘re-education class’, but when he got to the building he saw other women screaming and fleeing the station.

He said: ‘Every one of them said somebody inside had been killed.

‘I showed Mahsa’s picture to the women, one of them said Mahsa was next to her when it happened.

‘I was shocked and terrified. I asked one of the soldiers what had happened, who said “one of our own soldiers has been injured”, but he was lying. It was Mahsa in that ambulance, and I ran until I reached Kasra Hospital.’

Protests have since erupted in the capital and western Iran, where two people were reportedly killed in clashes with riot police on Monday.

Authorities used tear gas to disperse demonstrators who claimed that the morality police’s explanation was ‘not reasonable.’

Iranian celebrities, athletes and other public figures have also condemned the case.

Popular former football player, Ali Karimi, tweeted while children of high-ranking officials are leaving the country, ‘our children are dying’.

The headscarf has been compulsory for women in Iran since the 1979 Islamic Revolution and members of the ‘morality’ police enforce the strict dress code.

Since 2017, after dozens of women publicly took off their headscarves in a wave of protests, authorities have adopted tougher measures.