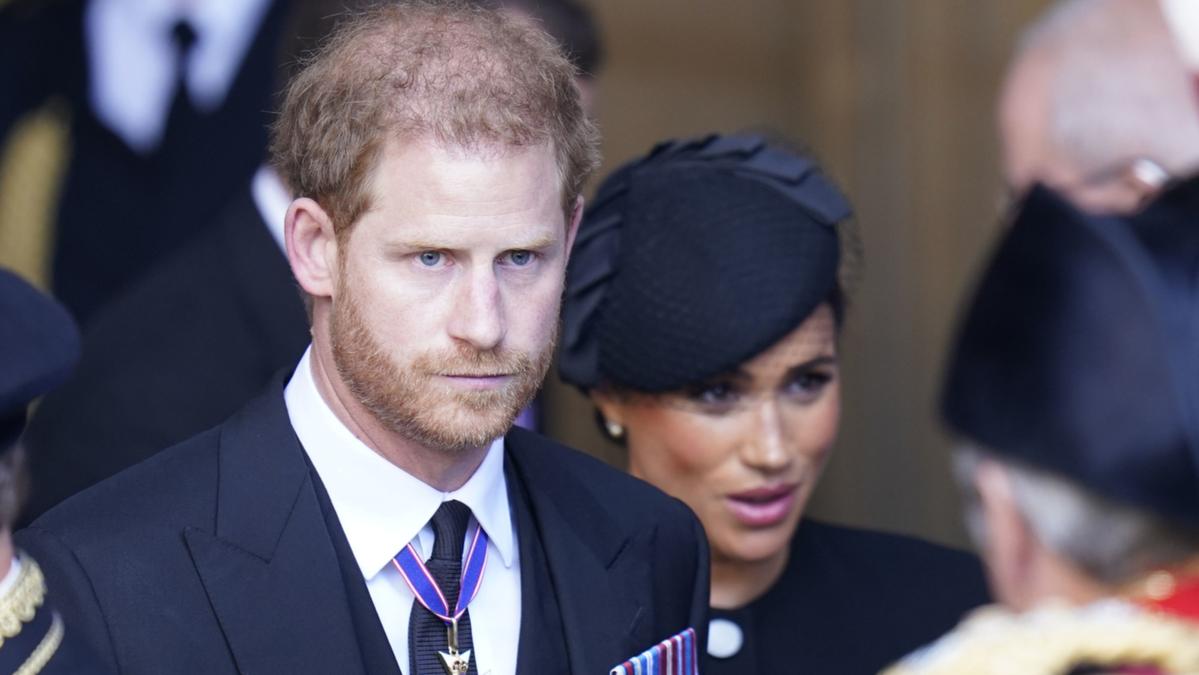 Prince Harry and Meghan are expected to finally reunite with children Archie and Lilibet, more than two weeks after what was meant to be a brief trip to the UK and Europe was overtaken by events surrounding the Queen’s death.

The royal couple flew into Europe on September 4 for a whistlestop tour of the UK and Germany and had been due to fly back to the US after attending an awards ceremony on the day the Queen died at Balmoral on September 8.

The 96-year-old monarch’s passing meant the couple extended their stay until after the state funeral and committal service.

A source close to the couple told Us Weekly the pair would fly home to Montecito almost immediately after the funeral.

“It’s the longest amount of time they have been apart from their children,” the insider told the publication.

“They’ve missed the kids like crazy and have been FaceTiming them every day, but can’t wait to see and hold them again after a poignant few weeks.”

Apart from their obvious grief at the passing of Harry’s beloved grandmother, Harry and Meghan’s stay for the proceedings leading up to the funeral has been accompanied by controversy.

Their relationship with Prince William, King Charles and other royals has been difficult since Harry and Meghan chose to step down as working members of the palace and move to the US, giving a series of bombshell interviews that painted the royal family in bad light.

From King Charles banning and then backflipping on an order that Harry be barred from wearing his military uniform at formal events, to the couple being invited and then uninvited to a state reception for world leaders, to their reported fury at plans for Archie, 3, and one-year-old Lilibet to be anointed Prince and Princess but not be given HRH status, the past two weeks have been rocky for the Duke and Duchess of Sussex.

A royal insider has claimed that Meghan made a bold request to meet with King Charles in an attempt to heal rifts before she leaves the UK with her husband.

“She’d now like, before they return back to California, to have a one-to-one audience with King Charles III,” Sean said in the video.

It is uncertain whether that took place.

Meghan’s mother Doria Ragland is believed to have taken care of Archie and Lilibet with the help of nannies while their parents attended vigils in Westminster Hall and were out receiving condolences from the public.

According to reports, they have remained at the family’s home in Montecito.

The children are thought to have last been in Britain when they joined the late Queen at a private lunch in Windsor around the time of Lilibet’s first birthday in June.