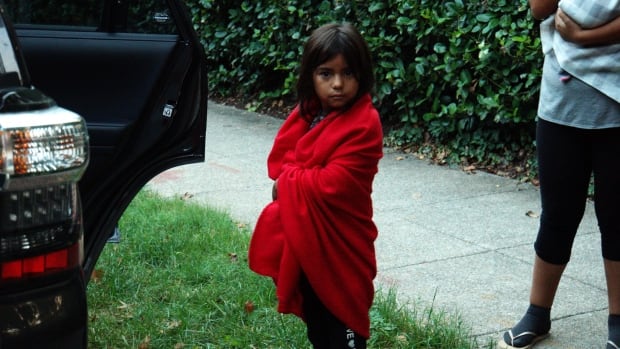 We’ve witnessed a truism of American politics in recent days: that there are lies, damned lies and immigration debates.

The uproar over migrants being bused around the U.S. is a textbook example of political bombast overshadowing good-faith efforts to fix the system.

There’s broad agreement that the status quo is a mess.

Virtually every nook and cranny of U.S. immigration policy has accumulated dust after years of neglect, and is plagued by inefficiency in everything from humanitarian cases to business visas.

One longtime analyst says there’s broad public support for several common-sense reforms but the two parties can’t get there because they find it politically easier to fight than compromise.

Over the past few months thousands of migrants who crossed the southern U.S. border have been bused to places like New York City and Chicago as part of a push by Republican governors to get the Biden administration to stop allowing migrants to cross into their states.

“That’s allowing things to kind of linger and just get worse and worse.”

It’s being demonstrated in a dramatic way these days as southern, red-state  governors send migrants by air and bus to symbolic locations farther north.

To wealthy Martha’s Vineyard; to the gates outside the vice-president’s Washington residence; perhaps next to the president’s home state of Delaware, their gambit has prompted an impassioned fallout and at least one criminal investigation. Here are some basic details on an issue where the facts have a habit of getting lost.

Those are not illegal migrants

It is entirely legal to apply for asylum upon arriving in the United States. About 300,000 people are expected to do so this year.

To qualify they need to prove persecution for reasons of race, nationality, religion, political opinion or membership in certain groups.

Most of the migrants sent to Martha’s Vineyard, off the coast of Massachusetts, and to Vice-President Kamala Harris’s residence were from Venezuela and will likely claim political persecution by its authoritarian government.

They include one man who described a 40-day walk from South America with his wife. Then, upon arriving in Texas was ushered onto a bus for Washington.

He said he knew they were headed to the U.S. capital but had no idea they’d be dropped off in a quasi-suburban wooded area outside the vice-presidential property.

“It was a rough trip. A rough, rough, rough trip,” he said of the 40-day ordeal. The man said he planned to find transportation to New York City next.

Another man described a nightmarish trek through a notoriously deadly jungle pass: “I saw many people dead in the jungle,” David Morales told Reuters.

He and others were given snacks by officials in Texas and sent north; he was also surprised to be dropped off in a residential area at the crack of dawn.

Not everyone wins their asylum case. In fact, fewer than half have their claims accepted. It fell to under one-third in the Trump era.

Eventually some of those ordered to leave the country don’t show up for court dates.

Eleven per cent of asylum hopefuls and 28 per cent of immigration applicants overall failed to show up when a judge issued their removal orders, say federal figures from 2017 published by the U.S. Department of Justice.

Some of those people eventually join the ranks of the more than 10 million estimated to be in the U.S. without lawful papers.

Now here’s where everyone starts shouting at each other. There are several major problems plaguing the U.S. immigration system and people tend to have selective blame depending on their political stripe.

The asylum system is clearly buckling.

Understaffed immigration courts are incapable of keeping up with a mounting pile of cases and this has been true for a while.

Yet the caseload has grown more daunting and the delays longer in recent years. The rising rate of rejection has led to more appeals and more paperwork.

The average wait time for a backlogged case is now nearly five years, according to data researchers at Syracuse University.

Further complicating matters are relations with the governments of Mexico and certain Latin American countries.

Mexico has agreed to take back some asylum-seekers from some countries but not from Venezuela, Nicaragua and Cuba.

“Word gets back to other Venezuelans,” Cardinal Brown said.

“Now [human] smugglers are saying, ‘Hey, Venezuelans are being let into the country.’ That encourages others to come.”

Republicans, meanwhile, say the Biden administration has itself to blame.

The now-defunct policy had forced tens of thousands of asylum-seekers to remain in Mexico while their case was pending.

You wouldn’t know this from the political debate, but the United States has a lower percentage of people born abroad than the average industrialized country and it’s not even close to Canada and most other English-speaking countries.

The U.S. counts just over 13 per cent of its population being born elsewhere. That’s including the estimated undocumented population.

This gets less attention than the more dramatic trendline, which is that the current percentage is triple that of the 1960s and is easily the highest rate in a century.

More than 44 million people born elsewhere now live in the U.S., which in terms of raw numbers is larger than Canada’s entire population.

Why the busing stunts are happening now

The migrant population had been growing steadily for decades.

Just this week, the U.S. hit an unprecedented milestone: more than two million migrants have been apprehended by its border agents in 2022.

Republicans call this a crisis and it’s a central message in the party’s campaign for November’s midterm elections.

But Cardinal Brown says you can also read that figure the opposite way: as evidence of control at the border.

It’s notable that the governors shipping the migrants around are not only up for re-election this fall, but are also believed to have a higher ambition: the U.S. presidency.

Florida’s Ron DeSantis had a plane pick up migrants from another state, Texas, and sent them to Martha’s Vineyard.

He said he did it to send a message to Biden: “What we’ve been able to do is show this border is a disaster,” he said during a Fox News appearance.

“Now people are talking about it. We want solutions as Americans.”

But it’s telling that he made that remark on Fox News.

Biden makes pitch against Republican extremism ahead of midterm elections

U.S. President Joe Biden made a pitch to Americans to stand up against the extremism of some Republicans, and former president Donald Trump, when voting in the upcoming midterm elections.

Fox News was already there, at the crack of dawn, awaiting the bus while the humanitarian workers who were supposed to meet it had to scramble because they were across town at the regular bus terminal.

Fox News isn’t usually the most efficient way to reach members of the Biden administration to send them a message.

It is, however, a very effective way of reaching tens of millions of Republican base voters in advance of the midterms and the 2024 presidential primaries.

Solutions. Some harder, some easier

Immigration reform has been a holy grail to a generation of U.S. politicians, ranging from George W. Bush, to Barack Obama, to Donald Trump.

All of them, even Trump, discussed broad-based reforms that would simplify high-skilled immigration, tighten border security and normalize the status of some undocumented people.

There’s no sign of that happening as political leaders in Congress, especially Republicans, have been frozen for years, fearful of making any compromises that would provoke a backlash.

But some administrative changes are possible without passing a new immigration law.

A new infrastructure law passed last year includes billions of dollars to modernize the facilities, roads and equipment at the border.

Biden also asked Congress recently for more than $20 billion for the border and for more staff in immigration courts.

Her proposals include new processing facilities near the border, with separate spaces for families and children, and new border courts staffed by newly hired judges who handle only immigration cases.

She says some of these changes need budgetary approval from Congress, but would be more easily achievable than broad reform.

“There are lots of things that can be done administratively,” she said. “The administration needs to make it a priority to manage the people arriving. They can do that.”