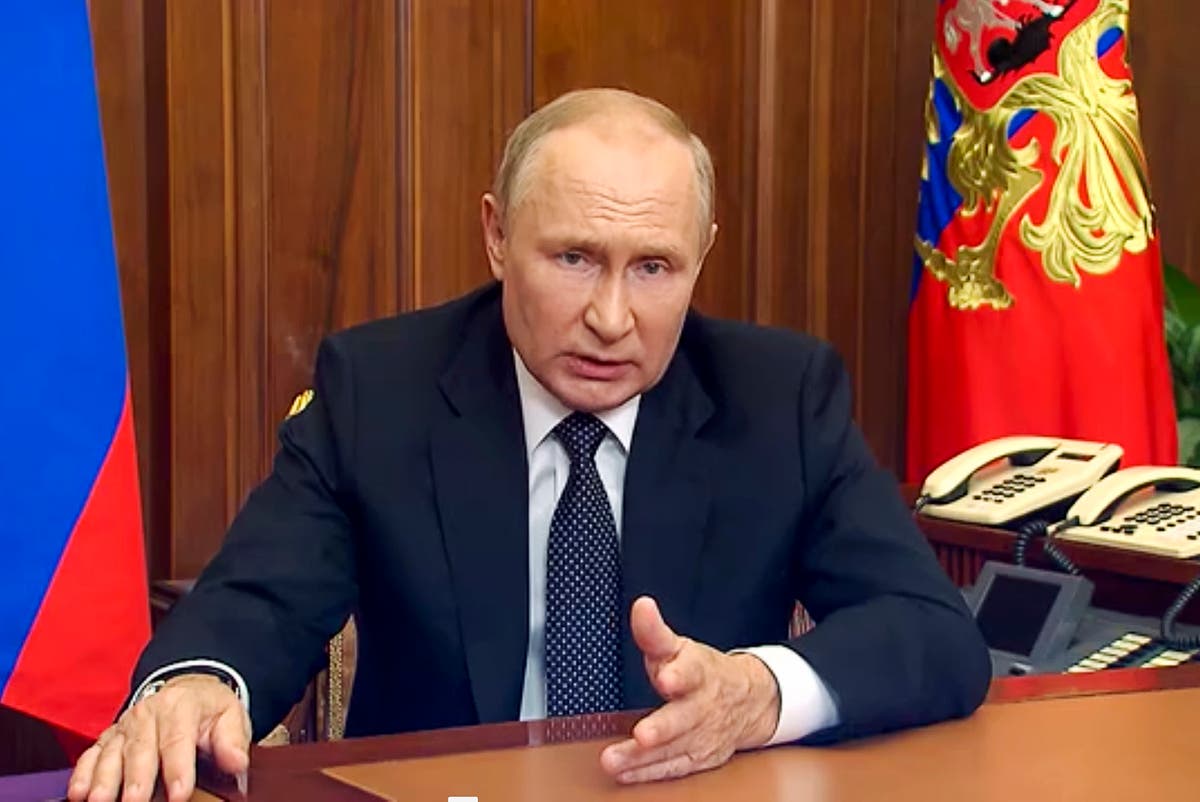 Last week, important developments pointed to flickering hopes of peace in Ukraine. Vladimir Putin acknowledged that Xi Jinping had expressed deep concern about the war, and Narendra Modi publicly criticised the Russian leader over his invasion.

China and India, significant economic and military powers, had hitherto avoided condemning Moscow over the conflict and indeed had weakened international sanctions by buying discounted Russian oil. Their change of stance was held up by the West as a highly damaging erosion of support which could drive the Kremlin to accept that a military victory was no longer possible and seek a ceasefire.

President Putin was emollient in his response to the strictures at a summit in Uzbekistan, telling Prime Minister Modi that “we will do our best to stop this [the war] as soon as possible” and address “the concerns that you express”. He told President Xi that he understood “your questions and concerns” about the war.

On Tuesday, Recep Tayyip Erdogan declared that Putin was seeking an end to the conflict and a “significant step” was on the horizon to achieve this. The Turkish president said Putin “is actually showing me that he’s willing to end this as soon as possible … because the way things are going right now are quite problematic.”

Twenty-four hours later, Putin had ordered a partial mobilisation of reserves for his “special military operation”, with defence minister Sergei Shoigu adding that 300,000 Russians with combat experience will now be called up to fight.

Putin also used some of the most incendiary language to date since he sent his troops into Ukraine, raising the prospect of nuclear strikes. “When the territorial integrity of our country is threatened, we, of course, will use all the means at our disposal to protect Russia and our people”, he said. “This is not a bluff … Those who try to blackmail us with nuclear weapons should know that the prevailing winds can turn in their direction.”

Putin and his supporters blame the West for introducing the nuclear card over Ukraine. But the threats of nuclear strikes have all come from hawks in Moscow. The latest was from Margarita Simonyan, editor-in-chief of the state-owned broadcaster RT who said: “Judging by what is happening and what is about to happen, this week marks either the threshold of our imminent victory or the threshold of a nuclear war. I can’t see any third option.”

By “what is about to happen,” Ms Simoyan was talking about the situation on the ground, the sweeping gains made in the current Ukrainian offensive, the Russian reverses which President Erdogan has referred to as “ problematic.”

The pace of the advance and the crumbling, in places, of Russian lines has caught everyone by surprise, including the Ukrainians. Not only have they taken key Russian military strongholds in the northeast, also recaptured settlements in the Donbas.

As Mr Putin announced the partial mobilisation, the Kremlin also declared that referenda will be held in Donetsk, Luhansk, Zaporizhzhia and Kherson. This will be followed, undoubtedly, by annexation into Russia.

But some of the fighting is now near the borders of the separatist republics of Luhansk and Donetsk which have been Russian controlled since the 2014 war.

Mr Putin had stated that one key aim of the military operation was taking control of – “reunifying” – the parts of the Donbas in Ukrainian hands. Around half of the territory is now held by Moscow, including towns such as Severodonetsk and Lysychansk.

But now there is a real possibility that the Ukrainians may not only get those places back but retake land taken by Russia in 2014.

That is the type of humiliation which would be unthinkable for Russia. Mr Putin has been backed into a corner. He is lashing out, and another level of uncertainty and danger has been added to the Ukraine war with repercussions for Europe and beyond.