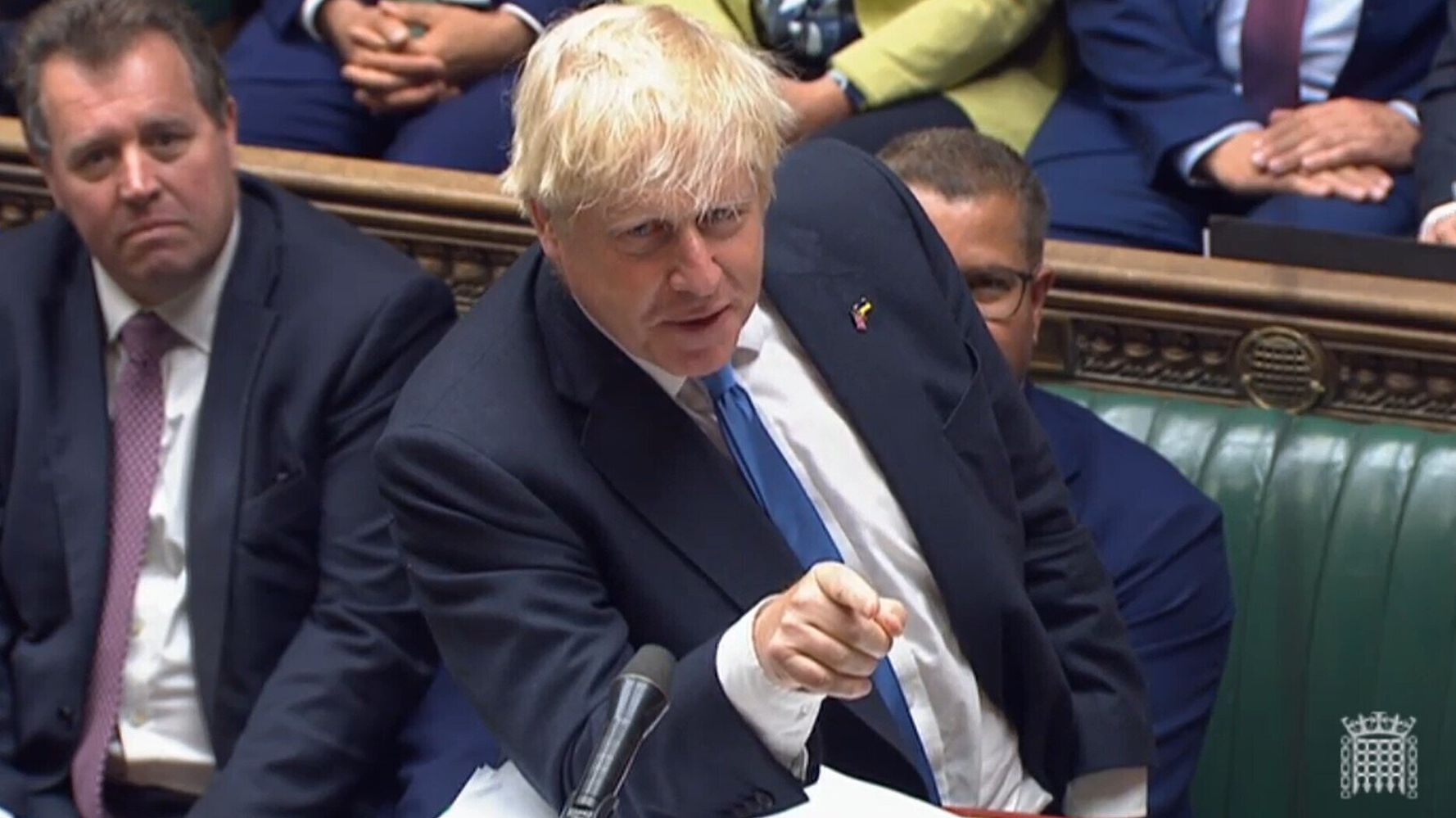 Johnson quoted Arnold Schwarzenegger’s “Terminator” character after what is likely to be the prime minister’s last appearance from the House of Commons despatch box.

MPs from his Conservative Party then gave Johnson a standing ovation as he made his way out of the chamber.

In his final words in the Commons as prime minister, he said he wanted to “give some words of advice to my successor, whoever he or she may be.”

He said: “Number one: Stay close to the Americans, stick up for the Ukrainians, stick up for freedom and democracy everywhere. Cut taxes and deregulate wherever you can to make this the greatest place to live and invest, which it is.

“I love the Treasury but remember that if we’d always listened to the Treasury we wouldn’t have built the M25 or the Channel Tunnel.”

Johnson went on: “Focus on the road ahead, but always remember to check the rearview mirror, and remember above all, it’s not Twitter that counts.

“It’s the people that sent us here, and yes the last few years have been the greatest privilege of my life and it’s true that I helped to get the biggest Tory majority for 40 years and a huge realignment in U.K. politics.

“We transformed our democracy and restored our national independence… I’ve helped to get this country through a pandemic and help save another country from barbarism, and frankly that’s enough to be going on with.”

And he added: “I want to thank everybody here. And hasta la vista, baby.”

Johnson said July 7 that he will resign as prime minister and leader of the Conservative Party, after dozens of his party’s ministers quit en masse to force him out of office.

Starmer said: “I would like to take this opportunity to wish him, his wife and his family the best for the future.”

Hoyle said: “Can I say we have been through many dark times within this House and none more so than through the pandemic, and always will be remembered for what this House did and the way you’ve conducted those duties during those dark times.”

But Johnson and Starmer quickly resumed their normal hostilities, with the Labour leader saying he will “miss the delusion” when the prime minister finally leaves office on Sept. 6.