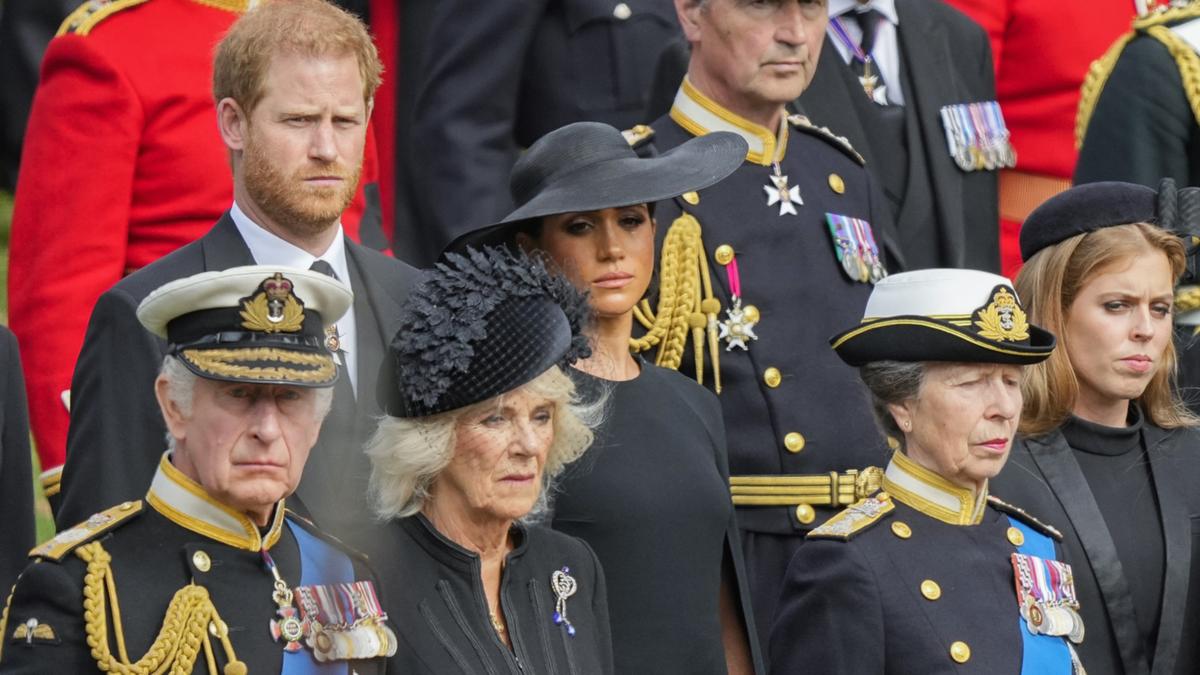 The Duke and Duchess of Sussex did not strike a peace deal with the Royal Family during their stay in the UK after the Queen’s death, it was claimed yesterday.

The duchess’s friend Gayle King said there “have been efforts on both sides to sort of make this right”.

But she made it clear no agreement has been reached with the King or Harry’s brother William following the major rift after the Sussexes quit as front-line royals to live in America.

She was speaking as Harry and Meghan were last night reported to have flown back to California to be reunited with their children Archie, three, and one-year- old Lilibet after more than a fortnight apart

Miss King, who was in London covering the Queen’s funeral for US network CBS, is a friend of Meghan and Oprah Winfrey, who conducted a devastating interview with Harry and his wife last year.

The couple is thought to have had ‘little interaction’ with the Royal Family behind the pomp and ceremony of the funeral and the mourning before it.

Many had hoped that the 12 days following the Queen’s death would provide the royals with the perfect opportunity to patch up their differences.

But, if anything, the extraordinary sequence of events served only to highlight the detachment between the Sussexes and the rest of the Royal Family.

This is despite several rare displays of public unity between Harry and William as they grieved over the past week.

Meghan and Harry stayed at Frogmore Cottage on the evening of Monday’s funeral, a few hundred yards from the Prince and Princess of Wales’s Adelaide Cottage, both on the Windsor estate.

Sources close to the Sussexes have been quoted as saying: “They have done everything as best they could. They have turned up, they have smiled, shaken hands, whatever was asked.”

Insiders have speculated that William is wary of speaking frankly to his brother in case their conversation ends up in the pages of the memoir Harry is preparing.