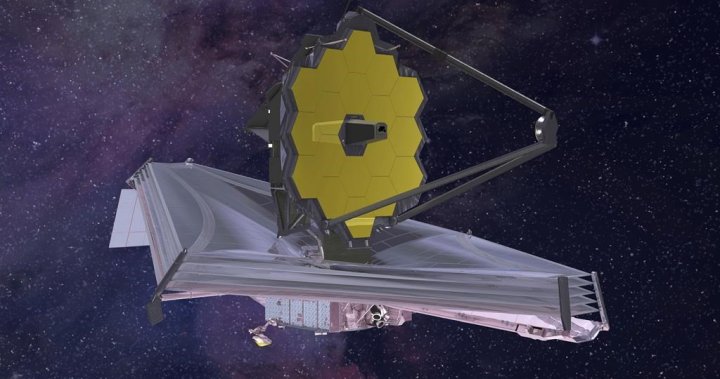 A joint report from NASA, the Canadian Space Agency and the European Space Agency has revealed that the $10-billion James Webb Space Telescope (JWST) suffered “uncorrectable” damage left by a micrometeoroid strike in late May.

The paper was authored by more than 200 scientists and outlined the performance of the space telescope during its commissioning phase.

It reported that since launch, JWST has been hit by six micrometeoroids: about one strike per month since the telescope first left Earth on Christmas Day 2021. (A micrometeoroid is exactly what it sounds like: a tiny meteoroid. It weighs less than one gram.)

This was expected by scientists, who anticipated that tiny fragments of asteroids, roughly the size of a grain of sand, would occasionally collide with JWST’s 18 beryllium-gold segments which fold out to create a 6.5-metre mirror.

What they didn’t expect was that a micrometeoroid could cause such significant damage, and so close to the start of JWST’s mission, too. While five of the micrometeoroid strikes had negligible effects, one space rock in particular defied modelling by the JSWT Project.

Sometime between May 23 and May 25, segment C3 of James Webb’s mirror was hit by a micrometeoroid, causing a small, but “not yet measurable” effect to the telescope’s output.

While the impact to the telescope is minor, it caused a “significant uncorrectable change in the overall figure of that segment,” according to the paper.

Engineers working on the telescope were able to realign the segments of JWST’s mirror to adjust for the damage.

When the micrometeoroid strike first occurred, scientists seemed unworried, with NASA stressing that JWST, also referred to as Webb, was still exceeding all expectations.

Micrometeoroid strikes are an unavoidable aspect of operating in space. Recently, @NASAWebb sustained an impact to one primary mirror segment. After initial assessments, the team found the telescope is still performing at a level that exceeds all mission requirements. https://t.co/2qHwr8QVbh

But the tone of this new report conveys a bit more concern, with scientists writing that “the largest source of uncertainty (with the longevity of the JWST) is long-term effects of micrometeoroid impacts that slowly degrade the primary mirror.”

The damage that was sustained by segment C3 “exceeded prelaunch expectations of damage for a single micrometeoroid” and has prompted scientists working on JWST to do further modelling and investigations.

The Webb telescope also took pictures of Jupiter. Here’s why you probably missed them

Researchers wrote that the kind of damage sustained to segment C3 may have been a rare, once-in-several-years event, though they are still investigating if the telescope “may be more susceptible to damage by micrometeoroids than pre-launch modeling predicted.”

One solution that scientists posited was minimizing the time that the telescope spends pointed in the direction of orbital motion, which they found has a statistically higher rate of micrometeoroid strikes.

Despite the damage, researchers found that “almost across the board, the science performance of JWST is better than expected” — so space fans shouldn’t fret too much.