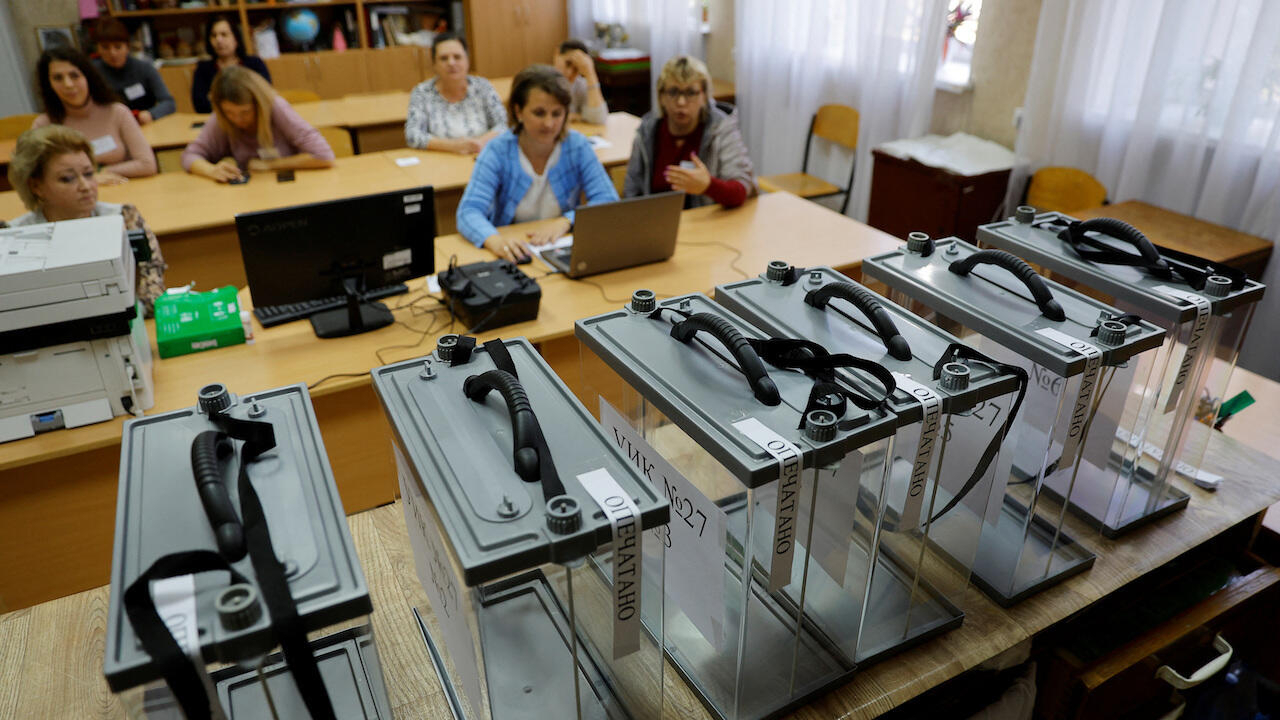 Four areas of Ukraine controlled by Russia and pro-Moscow forces have started referendums on Friday morning on joining Russia, votes widely condemned by the West as illegitimate and a precursor to illegal annexation. Follow FRANCE 24’s liveblog for all the latest developments. All times are Paris time (GMT+2).

7:11am: Referendums on Russian annexation start in occupied Ukraine territory

Referendums on Russia’s annexation began on Friday in Ukrainian territory controlled by Moscow, Russian news agencies reported, in what Kyiv and the West have denounced as a “sham” vote.

Voting began at 0500 GMT on Friday and was due to end Tuesday in four regions controlled entirely or in part by Russian troops – Donetsk and Lugansk in the east and Kherson and Zaporizhzhia in the south.

Four areas of Ukraine controlled by Russia and pro-Moscow forces were preparing to hold referendums on Friday on joining Russia, votes widely condemned by the West as illegitimate and a precursor to illegal annexation.

Russian-installed leaders on Tuesday announced plans for the ballots, a challenge to the West that could sharply escalate the war. The results are seen as a foregone conclusion in favour of annexation, and Ukraine and its allies have made clear they will not recognise the outcomes.

Voting in the Luhansk, Donetsk, Kherson and Zaporizhzhia provinces, representing about 15% of Ukrainian territory, is due to run from Friday to Tuesday.

Ukraine this month launched a counteroffensive that has recaptured large swathes of territory, seven months after Russia invaded and launched a war that has killed thousands, displaced millions and damaged the global economy. The referendums had been discussed for months by pro-Moscow authorities but Ukraine’s recent victories prompted a scramble by officials to schedule them.

Turkey is a relatively straightforward destination for Russians, who can still obtain three-month tourist visas at the airport. Many of the men fleeing the draft don’t know if they’ll return. FRANCE 24’s Shona Bhattacharyya reports from Istanbul: