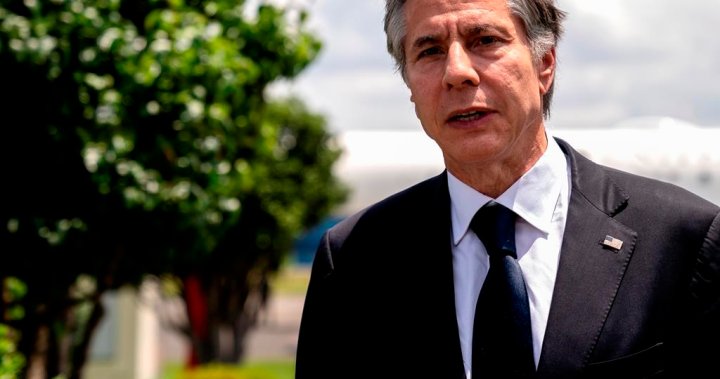 The U.S. State Department has named 60 current and former officials, as well as some corporate figures, in its latest list of people suspected of corruption or undermining democracy in four Central American countries.

This year’s list especially focused on politicians, judges and others suspected of working to stack courts in Guatemala and the judges and prosecutors involved in cases against opposition political figures in Nicaragua in the runup to that country’s presidential election last year.

The list was provided to the U.S. Congress in compliance with legislation pushed two years ago by then-U.S. Rep. Eliot Engel. Those listed generally become ineligible for admission to the United States and have their visas revoked.

“The United States is committed to partnering with the people of Central America to strengthen democracy, improve rule of law, and combat corruption,” U.S. Secretary of State Antony Blinken said in a statement Wednesday. “These individuals, through their significant corruption, efforts to obstruct investigations into corruption, and undermining of democratic processes and institutions, weaken the ability of governments in the region to respond to the needs of their citizens, contributing to irregular migration and destabilizing societies.”

The new list also named former officials in previous administrations in Honduras, such as Juan Carlos “El Tigre” Bonilla Valladares, the ex-director of the National Police who was extradited to the United States in May to face drug trafficking charges.

Former and current officials in El Salvador made the list, including President Nayib Bukele’s press secretary and the president’s legal adviser, who allegedly masterminded the removal of five Supreme Court magistrates and the attorney general.

While required by Congress, the annual listing of corrupt actors or those threatening democracy align with Biden administration policies giving more weight to those issues. That shift from the Trump administration, which focused relations with those countries more narrowly on controlling immigration has led to more tense relationships in the region.

Guatemala President Alejandro Giammattei has been dismissive of U.S. officials’ criticism of his attorney general and what they see as a backsliding in Guatemala on battling corruption. The list includes the country’s new special prosecutor against impunity who is accused of obstructing corruption investigations.

A number of the Guatemalans, including two Supreme Court magistrates, were allegedly involved in a scheme to stack the Supreme and Appellate Courts with corrupt judges, according to the State Department report.

The Biden administration has also clashed with El Salvador’s Bukele, expressing concerns that his tightening grip on power is weakening the country’s democracy.

Also among those named is leader of Bukele’s party in the Legislative Assembly. Christian Reynaldo Guevara Guadron made the list for undermining “democratic processes or institutions when he introduced a Gang Prohibition Law that will punish with up to 15 years in prison the dissemination of gang messages in the media, considered by many observers to be a clear attempt to censor the media.”

Presidential press secretary Jose Ernesto Sanabria was accused of “using his position and wielding Bukele’s influence to inappropriately pressure officials in opposition political parties to resign on threat of being charged with criminal offenses.”

The list includes nearly two dozen Nicaraguan prosecutors and judges who participated in those cases and are now accused by the U.S. government of undermining democratic processes.