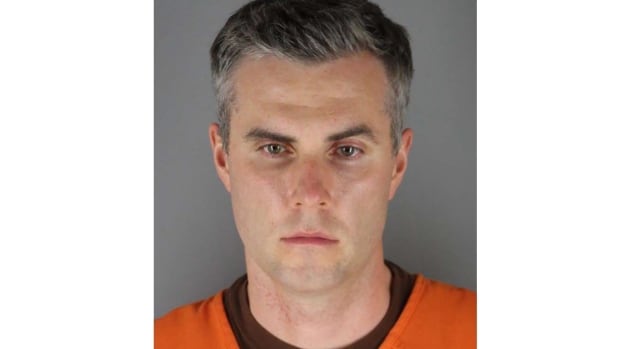 Former Minneapolis police officer Thomas Lane has been sentenced to 2½ years in prison on a federal civil rights charge for his role in the killing of George Floyd.

U.S. District Judge Paul Magnuson sentenced Lane on Thursday for his February conviction of depriving Floyd of medical care as he lay dying under officer Derek Chauvin’s knee in May 2020.

The killing of Floyd, who was Black, sparked protests in Minneapolis and around the world over racial injustice in policing, and launched a national reckoning on race.

Federal prosecutors had asked for a sentence of up to 6½ years, in line with federal guidelines.

Lane’s attorney, Earl Gray, had asked for a little over two years. He had argued that Lane, a rookie officer, was the least culpable of the officers in part because he had asked his colleagues twice whether Floyd should be turned on his side, but was rebuffed by Chauvin.

“Any reasonable person should just be disgusted, should be infuriated” that Lane was ever charged, Gray told jurors in his closing argument.

2 other ex-officers yet to be sentenced

Lane faces a separate sentencing Sept. 21 in state court after changing his plea there to guilty to a reduced charge of aiding and abetting manslaughter.

Lane and fellow rookie J. Alexander Kueng helped restrain Floyd while Chauvin, who is white and was the most senior officer on the scene, killed Floyd by kneeling on his neck for nearly 9½ minutes despite the handcuffed Black man’s fading pleas that he couldn’t breathe.

Chauvin’s partner, Tou Thao, helped hold back an increasingly concerned group of onlookers outside a Minneapolis convenience store where Floyd, who was unarmed, tried to pass a counterfeit $20 US bill in May 2020.

Lane testified he didn’t realize how dire Floyd’s condition was until paramedics turned him over. Prosecutor Manda Sertich countered that his expressions of concern showed he knew Floyd was in distress but “did nothing to give Mr. Floyd the medical aid he knew Mr. Floyd so desperately needed.”

Chauvin pleaded guilty to separate federal civil rights charges in December in Floyd’s killing and in an unrelated case involving a Black teenager. That netted a 21-year sentence when he appeared before Magnuson two weeks ago.

Magnuson had harsh words for Chauvin at the hearing, saying, “You absolutely destroyed the lives of three young officers by taking command of the scene.”

Chauvin was already serving a 22½-year state court sentence for second-degree murder and second-degree manslaughter. His federal and state sentences are running concurrently, and he has not yet been transferred to the federal prison system.

Magnuson has not set sentencing dates on the federal charges for Thao, who is Hmong American, and Kueng, who is Black.

Thao and Kueng are free on bond pending sentencing. The pair turned down plea deals in the state’s case and are scheduled to go on trial Oct. 24 on state charges of aiding and abetting both second-degree murder and second-degree manslaughter.