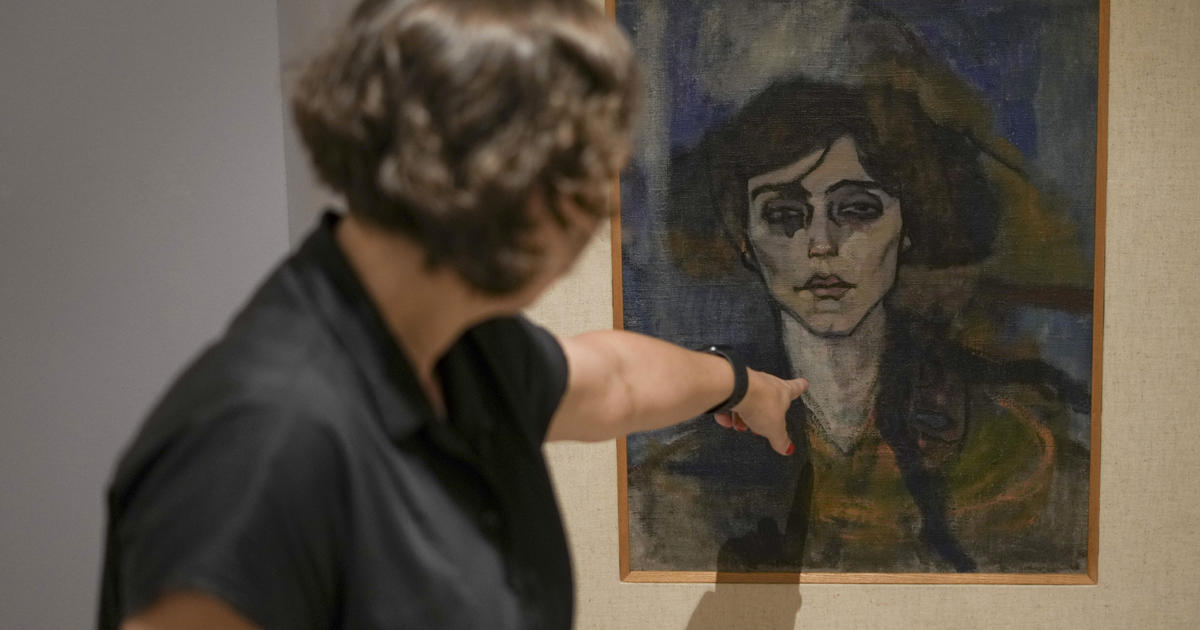 Haifa, Israel — Curators at an Israeli museum have discovered three previously unknown sketches by celebrated 20th-century artist Amedeo Modigliani hiding beneath the surface of one of his paintings. The unfinished works by Modigliani, an Italian-born artist who worked in Paris before his death in 1920, came to light after the canvas of “Nude with a Hat” at the University of Haifa’s Hecht Museum was X-rayed as part of a sweeping forensic study of his work for an upcoming exhibit in Philadelphia.

Inna Berkowits, an art historian at the Hecht Museum, said it was “quite an amazing discovery.”

“Through the X-rays, we are really able to make this inanimate object speak,” she told The Associated Press.

Modigliani is considered one of the 20th century’s great Modernist artists. His lived a short, turbulent, Bohemian life in France, where his nude paintings were controversial.

His work is typified by slender, elongated necks and faces, a signature style influenced by African and Cycladic Greek art that was just starting to arrive in France in the late 19th and early 20th centuries.

One of his paintings, “Reclining Nude,” fetched over $170 million when it was sold at auction in 2015, making it one of the most expensive paintings ever sold. Another was sold in 2018 for $157 million at auction.

The high demand for authentic Modigliani works has generated a thriving market for fakes and forgeries.

The last time Italy staged a big Modigliani show, a 2017 exhibit at Genoa’s Palazzo Ducale, museum officials closed the show early after experts alleged that many of the works on display were fakes. A criminal trial has been underway for over a year.

In 2018, X-ray technology revealed a previously unknown Modigliani portrait beneath one of his paintings at London’s Tate Gallery.

Modigliani’s 1908 “Nude with a Hat” is already an unusual painting. Both sides of the canvas have portraits that are painted in opposite directions. Visitors entering the Hecht Museum’s galleries are met by an upside down nude portrait. A likeness of Maud Abrantes, a female friend of the artist, on the reverse side is right-side up.

In 2010, the museum’s curator noticed the eyes of a third figure peeking from beneath Abrantes’ collar. But only this year was the hidden image brought into focus.

“When we decided to do the X-ray, we were only looking to learn a little bit more about the hidden figure underneath Maud Abrantes,” Berkowits said. In addition to a hidden woman wearing a hat, they found two more portraits on the opposite side that were completely invisible to the naked eye: one of a man, and another of a woman with her hair pulled up in a bun.

The “Nude with a Hat” dates from early in Modigliani’s career, not long after he moved to Paris from Italy, when he was struggling to find buyers for his art. The painting was purchased by the museum’s founder in 1983.

The canvas is now known to contain five of his paintings, likely painted one atop the other out of necessity to save money on new canvases. X-ray photography and other non-invasive technologies have found hidden works by other artists such as Degas and Rembrandt.

Berkowits called the artwork “a sketchbook on a canvas,” showing Modigliani’s repeated tries and “never-ending search for artistic expression.” She said there is “no doubt at all” that the painting is authentic.

“He was one of the very first multicultural artists who pulled inspiration from different sources,” said Kenneth Wayne, director of the Modigliani Project, an organization that is working to compile an authenticated collection of the artist’s works. He cited Modigliani’s contemporaries Pablo Picasso and Henri Matisse as other examples.

Modigliani sought “an air of the strange and beauty” and achieved that through the incorporation of those foreign styles in his art, Wayne added. Wayne and his colleagues use scientific methods and art expertise to weed out fakes.

The X-ray photography was conducted ahead of a sweeping exhibition of Modigliani’s works at the Barnes Foundation in Philadelphia.

Wayne said a growing number of technical studies like that by the Barnes Foundation have increased confidence in confirming genuine Modiglianis.

The foundation museum said the exhibit opens Oct. 16 and will explore the artist’s working methods and materials based on forensic study of dozens of Modigliani’s paintings and sculptures loaned from collections around the world.