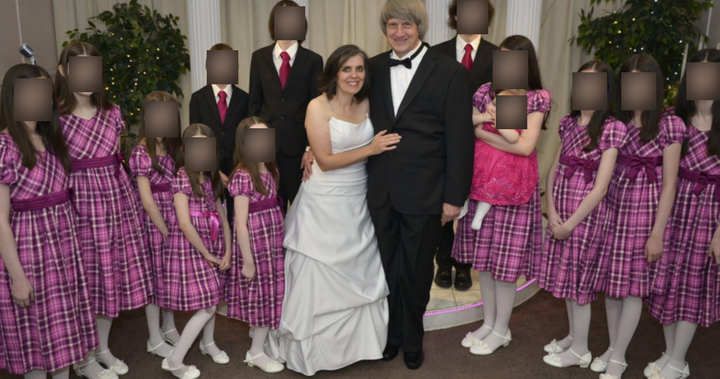 NOTE: This article contains details of abuse that are disturbing. Please read at your own discretion.

Six of the 13 Turpin siblings who were rescued from extreme abuse in their parents’ Perris, Calif., home in 2018 have now filed a lawsuit against the foster care agency that placed them in a home where they were allegedly subjected to further neglect.

For most of their lives, the Turpin siblings were imprisoned, tortured and starved in their family’s home until one of the girls escaped and called 911. After they were removed from the house, the six younger children were placed with a foster family.

That’s where the six siblings say they experienced even more “severe abuse and neglect,” ranging from sexual abuse to forcing the siblings to gorge on food, then eat their own vomit, according to a pair of lawsuits filed Tuesday by legal partners Elan Zektser and Roger Booth.

The six siblings filed two nearly identical lawsuits, with one representing the two older siblings, who are now adults and have since aged out of foster care, and the other representing the younger four, three of whom are still minors.

In it, they indict southern California’s Riverside County, ChildNet Youth and Family Services, a private foster care agency, and their Foster Family Network for carelessly placing them with unfit foster parents who subjected them to physical, emotional and sexual abuse.

Turpin family: What we know about the California couple who allegedly held 13 children captive

“These children who were chained to their beds for a great majority of their life finally are free, and then the county places them with ChildNet and puts them in another position where they are further abused,” Zektser, who is representing the two older Turpin siblings, told ABC News.

Some of the allegations made by the siblings claim that their foster parents hit them in the face with sandals, pulled their hair, hit them with belts and threatened to “return the children to their biological parents,” though David and Louise Turpin are both serving life sentences for 14 felonies.

The foster father is accused of victimizing some of the Turpins by “among other things, grabbing and fondling their buttocks, legs and breasts, kissing them on the mouth and making sexually suggestive comments,” both lawsuits read.

Brett Lewis, a spokesman for ChildNet and its Foster Family Network program, did not reveal any details about the lawsuit in an interview with NBC News.

“We look forward to providing the facts at the appropriate time in court,” Lewis said. “Our agency has been serving California’s most vulnerable, traumatized youth for over 50 years. We have a strong track record of providing excellent care and continue to demonstrate our commitment to these children.”

Meanwhile, Riverside County representative Gene Kennedy told NBC News: “We deeply care about the safety and wellbeing of every single child under our care.”

“Our hearts go out to the Turpin siblings. Any instance when a child is harmed is heartbreaking,” Kennedy added. “We continue to evaluate our practices with a critical eye and are committed to understanding and addressing the root cause. This includes expanding the availability of quality and safe placements for all children in foster care.”

The Turpins should never have been placed with this foster family to begin with, the lawsuit reads, claiming that Riverside County and ChildNet knew they were “unfit to be foster parents because they had a prior history of abusing and neglecting children who had been placed in their care.”

The lawsuits, which were filed in Riverside County Superior Court, also claim that the officials who should have been protecting the Turpin children “failed to report” the neglectful foster parents when they were warned of the abuse by one of the Turpin daughters and “actively withheld this information from the authorities.”

The siblings stayed in the foster home for three years until the foster family was arrested and charged with lewd acts with a child, inflicting injury on a child, willful child cruelty and false imprisonment — charges to which they have pleaded not guilty.

Tuesday’s lawsuits identify the foster family as Mr. and Mrs. O, a married couple who lived with their adult daughter who also allegedly joined in on abusing the Turpins. The Riverside County Sheriff’s Department has since identified the foster family as Marcelino and Rosa Olguin, as reported by the Los Angeles Times.

“It’s easy to be angry at the abusers themselves … but really when you have institutions or companies that allow abuse to go on and turn their eyes or their head and pretend like it’s not happening, that’s where we as a community should be upset,” Zektser said to ABC News.

Just two weeks ago, an external investigation found that the 13 Turpin siblings had been “failed” by the social security system that was supposed to have taken care of them. Even the seven older siblings who weren’t placed into foster care faced hardship with re-entering society, with the 630-page report finding that they suffered periods of housing and food insecurity.

Booth, the attorney representing the four younger Turpin siblings, spoke on the foster care system in California to ABC News.

“This case is one where the entire world was watching,” Booth said. “And yet, even in that situation, the county and ChildNet dropped the ball, which tells you, I think pretty clearly, what must be happening … with kids who aren’t famous, whose cases are not high-profile, who nobody knows about.”

According to Zektser, there is one main reason why the Turpin siblings are going forward with a lawsuit.

“They have highlighted that the most important thing to them is that this doesn’t happen to other kids,” he told ABC News. “I can’t even tell you how many times our clients have told us, ‘We just don’t want this to happen to someone else.’”

0:57
Sister of Louise Anna Turpin fights back tears as she addresses her sister – and her 13 children

Sister of Louise Anna Turpin fights back tears as she addresses her sister – and her 13 children – Jan 17, 2018