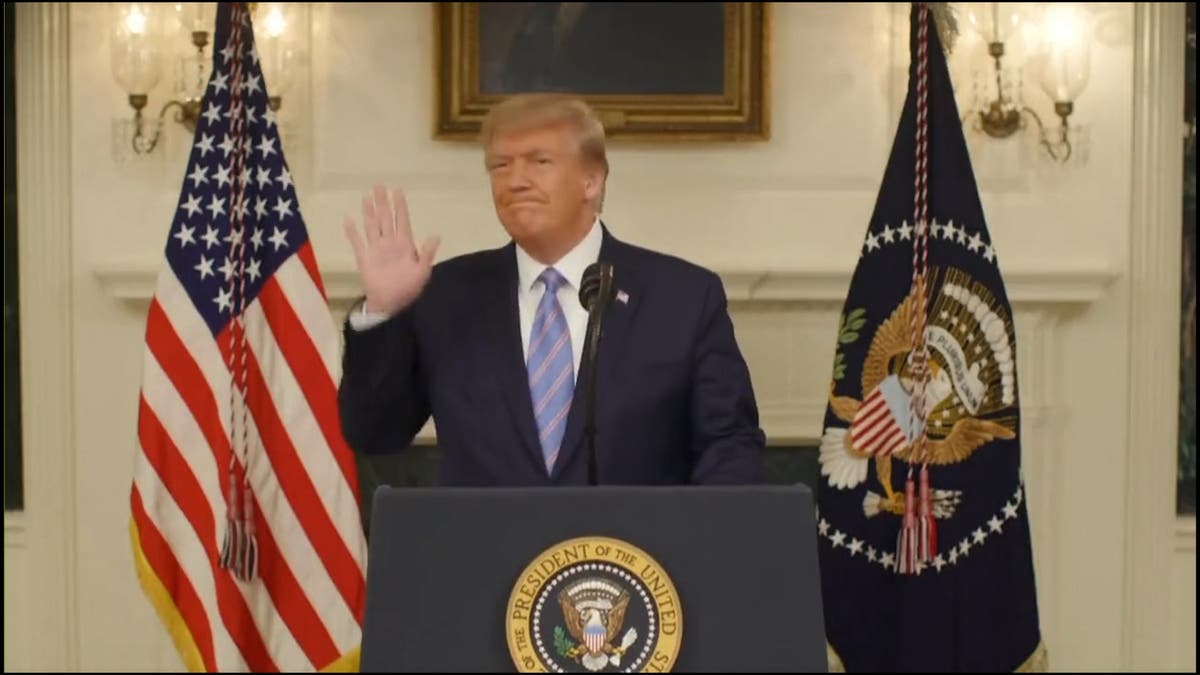 In a newly released video presented by the select committee probing the attack on the US Capitol, Donald Trump is seen literally unable to say he lost the 2020 election.

During the eighth of its televised summer hearings, the panel played outtakes from the recording of a 7 January 2021 speech in which the then-president was meant to condemn the violence that unfolded the day before.

His staff had urged him to draw a line under the events at the Capitol, but as shown on the footage, Mr Trump is seen refusing to go as far as they hoped – and repeatedly editing the written text in front of him.

At another point, he refuses to read a key passage: “But this election is now over, Congress has certified the results.”

He then struggles with the sentence: “My only goal was to ensure the integrity of the vote.”

As Democratic select committee member Elaine Luria, who co-chaired the hearing, summed up: “On January 7, one day after he incited an insurrection based on a lie, the President Trump still could not say the election was over.”

Earlier in the hearing, Sarah Matthews, a former deputy press secretary, called the day of the riot “one of the darkest days in our nation’s history”.

She said that while she had already decided to leave the administration because of Mr Trump’s response to the insurrection earlier in the day, a tweet he sent later in the afternoon convinced her to go ahead.

“I thought that January 2021 was one of the darkest days in our nation’s history,” Ms Matthews said, “and President Trump was treating it as a celebratory occasion with that tweet and so it just further cemented my decision to resign.”