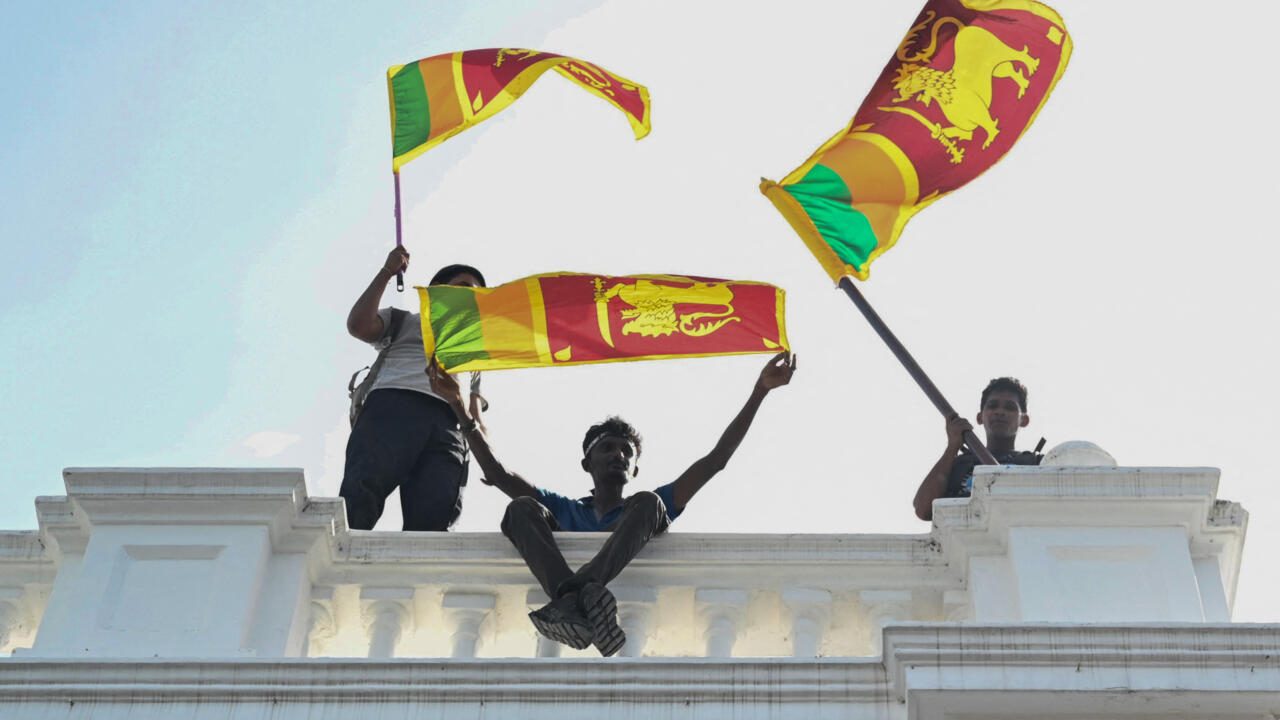 Sri Lanka’s anti-government demonstrators said Thursday they were ending their occupation of official buildings as they vowed to press on with their bid to bring down the president and prime minister in the face of a dire economic crisis.

Protesters overran President Gotabaya Rajapaksa’s palace at the weekend, forcing him to flee to the Maldives on Wednesday, when activists also stormed the office of Prime Minister Ranil Wickremesinghe.

Rajapaksa had promised to resign on Wednesday, but there was no announcement he had done so.

The premier, whom Rajapaksa named as acting president in his absence, had demanded the evacuation of state buildings and instructed security forces to do “what is necessary to restore order”.

“We are peacefully withdrawing from the Presidential Palace, the Presidential Secretariat and the Prime Minister’s Office with immediate effect, but will continue our struggle,” a spokeswoman for the protesters said.

A top Buddhist monk supporting the campaign had earlier called for the more than 200-years-old presidential palace to be handed back to authorities and ensure its valuable art and artefacts were preserved.

“This building is a national treasure and it should be protected,” monk Omalpe Sobitha told reporters. “There must be a proper audit and the property given back to the state.”

Hundreds of thousands have visited the compound since it was opened out to the public after Rajapaksa fled and his security guards backed down.

In a televised address after thousands of people captured his office in Colombo, Wickremesinghe declared: “Those who go to my office want to stop me from discharging my responsibilities as acting president.

“We can’t allow fascists to take over. That is why I declared a nationwide emergency and a curfew,” he added.

The curfew was lifted at dawn on Thursday, but police said a soldier and a constable were injured in overnight clashes with protesters outside the national parliament.

The attempt on the legislature was beaten back, unlike at other locations where the protesters had spectacular success.

The main hospital in Colombo said about 85 people were admitted with injuries on Wednesday, with one man suffocating to death after being tear-gassed at the premier’s office.

Rajapaksa remained in the Maldives on Thursday, reportedly awaiting a private jet to take him, his wife Ioma and two bodyguards to Singapore.

Local media reports said he had refused to take a commercial flight with other passengers after receiving a hostile reception when he arrived in the Maldives early Wednesday.

He was jeered and insults thrown at him as he walked out of the Velana International airport, and another group staged a demonstration in the capital in the afternoon urging Maldivian authorities not to allow him safe passage.

Maldivian media reported that he had spent the night at the Waldorf Astoria Ithaafushi super luxury resort.

They contrasted the opulent accommodation with the economic plight of his compatriots — four out of five Sri Lankans skipping meals because of the country’s dire economic crisis.

Security sources in Colombo said Rajapaksa was most likely to leave the Maldives Thursday and his resignation could be announced after he was airborne.

“The resignation letter has been prepared,” the source told AFP. “No sooner he gives the green light, the Speaker will issue it.”

Diplomatic sources said Rajapaksa’s attempts to secure a visa to the United States had been turned down because he had renounced his US citizenship in 2019 before running for president.