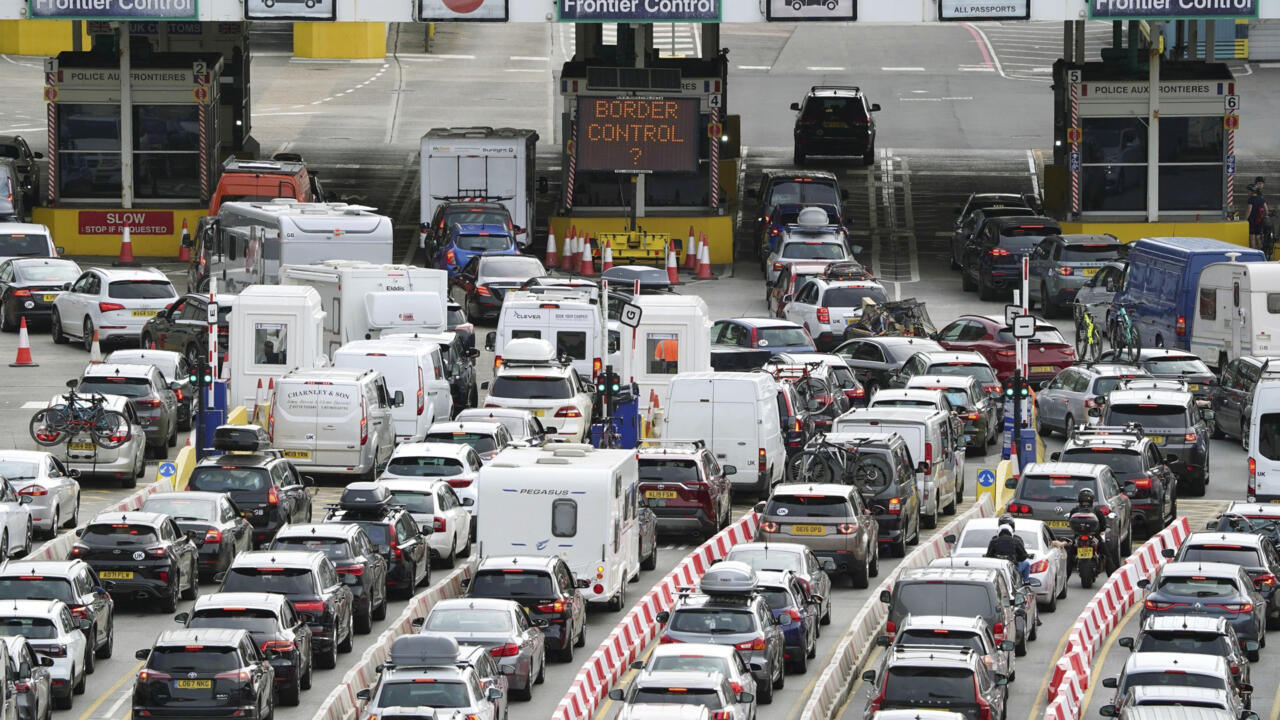 Bosses at the port — the key UK gateway to mainland Europe — declared a “critical incident” and urged travellers taking advantage of schools breaking up this week to reconsider their journeys as ferry companies warned of six-hour waits.

“Despite the Port of Dover… preparing over several months for the busy summer period, we are deeply frustrated that the resource at the French border overnight and early this morning has been woefully inadequate.”

Passengers need to go through border checks carried out by French officials in Dover before they can board a ferry to cross to northern France.

Most English schools start the summer holiday this week, making it one of the busiest periods for cross-Channel trips.

“We need action from France to build up capacity at the border to limit any further disruption for British tourists and to ensure this appalling situation is avoided in future,” she said in a statement.

Transport Secretary Grant Shapps took a more measured tone, tweeting that he was “working closely” with his French counterpart “to address the issues that caused tailbacks”.

“I welcome his commitment that both Britain and France will work closely to minimise further disruption so people can get away quickly,” he added.

Earlier, French authorities insisted they had anticipated the increased holiday traffic and put in place plans for maximum staff levels on Friday morning.

But they blamed an “unexpected technical incident” in the Channel Tunnel for delaying French personnel’s arrival by more than an hour, prompting the backlogs.

“Traffic flow at the port of Dover is the joint responsibility of various players, including in particular the shipping companies, the port of Dover and the British authorities,” said Georges-Francois Leclerc, prefect of the country’s northernmost Hauts-de-France region.

He added in a statement that French officials would “continue to work closely with all of them in order to manage the exceptional traffic expected” in the coming days.

However within hours Eurotunnel, which operates the cross-Channel train service for vehicles, rebuffed the explanation, saying it was “not responsible for the critical incident and the situation at Dover”.

It noted in a brief statement that the disruption there had started in the early hours of Friday, while a “minor signalling problem” at Eurotunnel had occurred many hours later.

Port of Dover chief executive Doug Bannister told BBC radio the situation had improved during the day and the traffic was beginning to ease.

But he admitted he did not know how long it would take to clear the backlog.

Aerial footage of the port showed around eight lanes of slow-moving traffic backed up for about 300 metres, while other images posted online showed cars queued back into the town of Dover and long lines of lorries on a nearby motorway.

“Please be aware that there is heavy traffic at border control in the port of Dover,” P&O Ferries told passengers.

“If you are booked to travel today please allow at least six hours to clear all security checks.”

Twitter users complained that there was total gridlock while waiting to board the ferries.

“I’m booked onto 8am ferry from Dover and it’s total gridlock. Moved 50 metres per hour,” wrote one.

Dover and its surrounding roads have previously been a bottleneck for delays since Britain left the European Union, its single market and customs union.

The queues have been blamed on increased checks and additional paperwork for freight traffic.

Local Conservative MP Natalie Elphicke said there had been “weeks of preparation”, much of it with French counterparts, for the tourist season.

“Despite all this, French border officers didn’t turn up for work at the passport controls as needed.” she said.