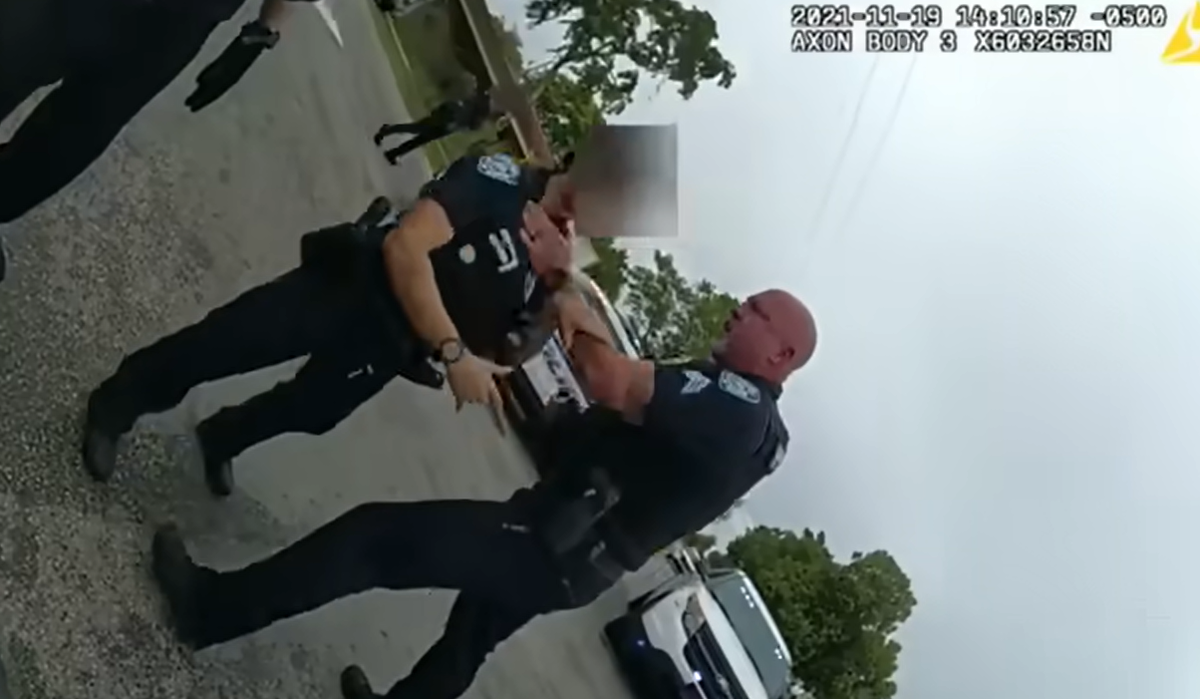 A Florida police sergeant who was caught on body camera footage last year grabbing a fellow officer’s throat during an arrest has been charged with battery and assault on a law enforcement officer, officials said.

Christopher Pullease was also charged Thursday with one count of tampering with evidence and assault on a civilian male, the Broward State Attorney’s office said in a statement about the 19 November 2021 incident.

The Sunrise Police sergeant was placed on administrative leave in January while the probe into the November incident was ongoing. It’s unclear what the officer’s status at the department was following the arrest.

In November, video footage captured the violent altercation the 47-year-old became engaged in with his 28-year-old female colleague when she attempted to pull the senior officer off a man who was being arrested for a reported violent felony.

The footage begins by showing the sergeant approaching the car where the arrested man is seen resisting arrest in the back seat.

The sergeant then is seen grabbing a container of pepper spray and brandishing it in front of the suspect before becoming engaged in a “verbal altercation”, Sunrise police chief Anthony Rosa said in a statement immediately following the incident.

At that point, Mr Pullease became aggressive with the man under arrest so the 28-year-old officer attempted to pull the senior officer off by grabbing his belt and pulling him away from the scene.

Moments later, Mr Pullease turns around on his colleague, grabs her by the throat with one hand and wields the pepper spray canister in the other.

The video, which blurred the faces of both officers and the man being arrested, doesn’t show the pepper spray being deployed.

In the final moments of the video, Mr Pullease is seen pushing the younger colleague up against one of the patrol cars.

After the footage was released, Chief Rosa commended the younger officer for doing what he characterised as the right thing.

“I’m very proud of this police officer. She took some definitive action. I can only imagine what she must be feeling. She’s a newer officer, and he’s a very senior sergeant,” he told WSVN 7 News.

Mr Pullease “approached and engaged in a verbal altercation with the suspect in a manner that I feel was inappropriate and unprofessional,” Mr Rosa added.

The Independent has contacted Mr Rosa for comment regarding the arrest of Mr Pullease.

In addition to the charges of battery and assault, Mr Pullease was also charged with tampering of evidence because he allegedly tried to “impair” his cellphone for his use in a criminal trial, according to a probable cause affidavit obtained by the South Florida Sun-Sentinel.