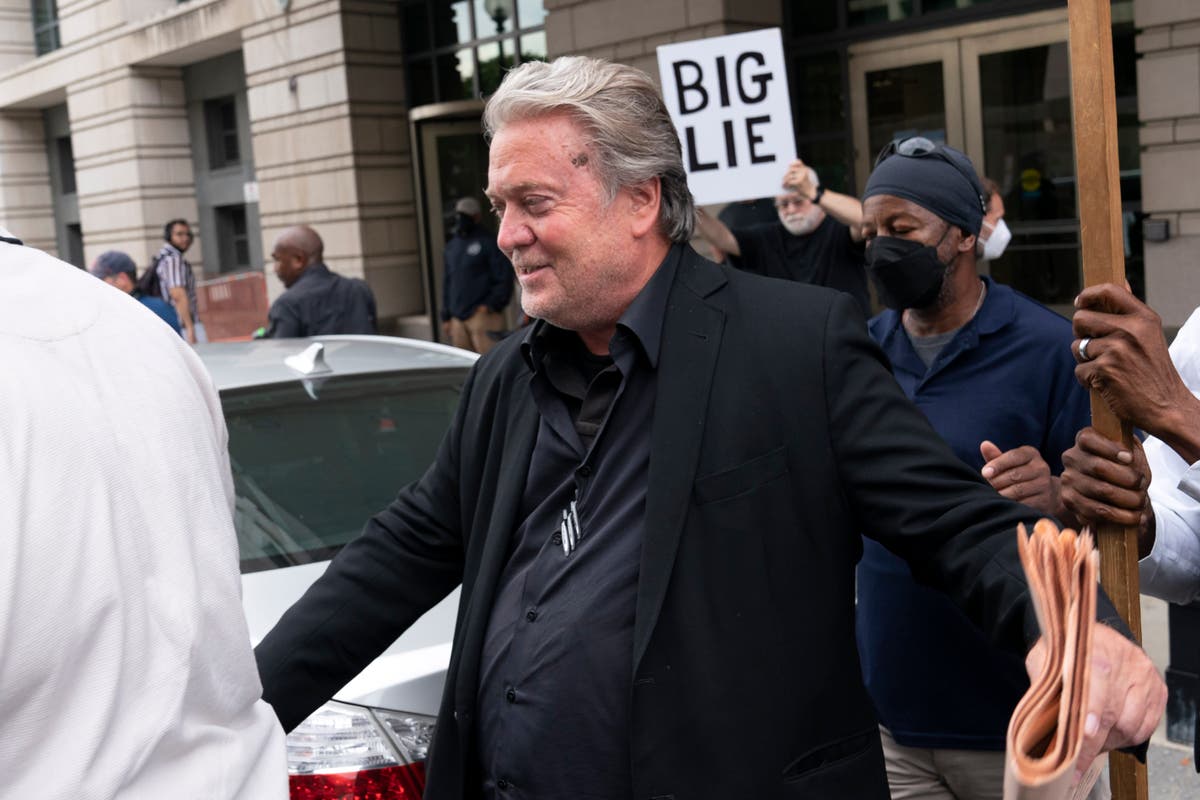 Steve Bannon has accused staffers of the January 6 House Committee of broadcasting lies on national television, just hours after his contempt conviction on Friday.

After a four-day trial, the former White House chief strategist was held guilty of contempt of Congress for ignoring a subpoena from the House panel probing the insurrection at the US Capitol on 6 January 2021. Bannon had pleaded not guilty.

Talking to Fox News TV host Tucker Carlson, Bannon said: “We have to have a real January 6 committee, including to get to the staffers now and see about the lies and misrepresentation they put on the national television to defame people.”

“I would tell the Jan 6 staff: right, preserve your documents because there’s going to be a real committee and this is going to be backed by Republican grassroot voters to say we want to get to the bottom of this for the good of the nation,” he said.

The longtime ally of former president Donald Trump was convicted on two counts — one for refusing to appear for a deposition by the committee and another for refusing to present documents as asked by the House panel’s subpoena.

Bannon now faces up to two years of imprisonment. Each count will entail a minimum sentence of 30 days in jail. His sentence is expected to be delivered on 21 October.

Reacting to the verdict, Bannon said: “We may have lost the battle here today; we’re not going to lose this war”.

Committee leaders have hailed the verdict against Bannon as “victory for the rule of law”.

However, Bannon’s lawyers have said that the verdict will not stand outside the courthouse.

“This is round one. You will see this case reversed on appeal,” David Schoen, one of his lawyers, said.

The 68-year-old was asked to testify by the House committee over his involvement in Mr Trump’s attempt to overturn the 2020 presidential election results.

But Bannon did not adhere, stating that his testimony was protected by the former president’s claim of executive privilege.

This was contested by the House panel and the Justice Department, which held that the protection claimed by Bannon was dubious as he was fired from the White House in 2017. As a result of expulsion from the White House, Bannon was rendered a private citizen at the time he was consulting Mr Trump in the events leading up to the riot on 6 January.

Bannon’s lawyers said that he did not refuse to cooperate, and that the dates “were in flux” during the trial hearing.

In the closing arguments, the prosecution said that Bannon willfully sidelined clear and explicit deadlines but the defence argued that the deadlines were flexible and subject to negotiation.