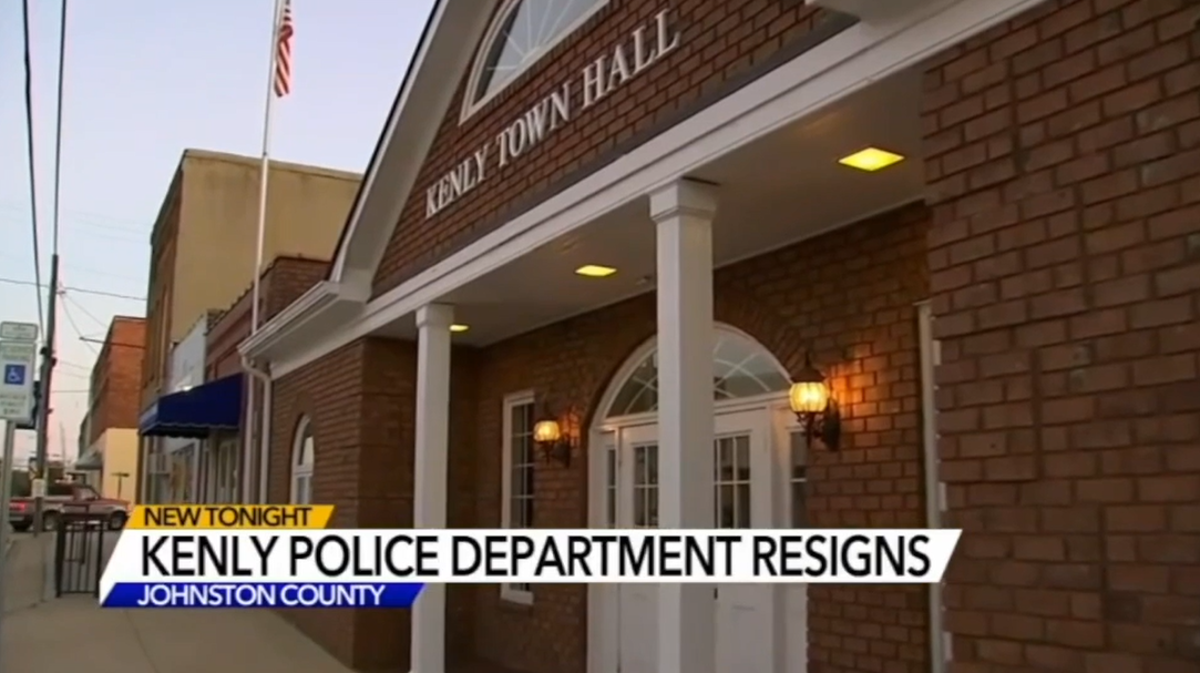 The entire staff of a small North Carolina police department has resigned, citing the work environment created by the town’s manager, prompting the town to hold an emergency meeting in response to the mass departure.

“I have put in my 2 weeks notice along with the whole police dept. Sharon Evans and Christy Thomas with the town of Kenly after 21 years of service,” Mr Gibson wrote in a public Facebook post Wednesday evening.

“The new manager has created an environment I do not feel we can perform our duties and services to the community,” the post continued. “I do not know what is next for me. I am letting the lord lead the way. I have loved this community.. it has become family and one of my greatest honors to serve.. God bless you all in Kenly.”

The full-time employees of the Kenly force all cited in their departure notices that they could no longer perform their duties because of the work environment created by the town’s manager, Justine Jones.

“All of us are very heartbroken that it had to come to this,” Mr Gibson told CBS 17 after submitting his notice of leave.

Ms Jones, who was appointed manager of the town with a population of about 2,400 people in May by the town council after they conducted a nationwide search of candidates that yielded 30 finalists. She began working in the position on 2 June.

In a statement announcing Ms Jones’ appointment back in May, she’s described as being responsible for delivering public services “effectively and efficiently” in local governments in Minnesota, South Carolina, North Carolina and overseeing budgets ranging from $5,000 to $61m.

“I am honored that the Council has entrusted me with the responsibility of being Kenly’s next manager,” Ms Jones said in a statement following the appointment.

“Kenly’s diversity and dynamic potential offers intriguing challenges and a promising future of growth and prosperity that I am excited to become a part of.”

The town announced that an emergency meeting would be scheduled on Friday at 7pm to discuss the mass exodus from the town’s police department.

In an interview with ABC 11, Mr Gibson expressed how he and the rest of the members of the force felt they were understaffed and the stress from the job was creating a toxic environment.

“It was just a lot of stress on a lot of us trying to maintain and keep coverage,” Mr Gibson said. “This is heartbreaking. The community has always been so tremendously so supportive of us.”

Typically, the department has eight officers on staff, WRAL reported, but it’s recently only been operating with a staff of five.

The Johnston County Sheriff Steve Bizzell told The News & Observer in an interview that his office will make sure that residents of Kenly are protected, noting that this is the first time that his office has had to contend with an entire police department submitting their two-week notices simultaneously.

“The Board of [County] Commissioners and I both agree that the number one priority of the government is public safety,” Sheriff Bizzell said. “We are going to be there for the people of Kenly if and when they need law enforcement.”

WRAL obtained the resignation letters of some of the employees who submitted their notice to the town, many of whom echoed the concerns that were picked up in Mr Gibson’s public Facebook post.

“I have enjoyed my time working at the Kenly Police Department and fully intended to remain employed with the town,” wrote Darren Pate, one of the officers who submitted their notice this week, in a letter obtained by WRAL. “But unfortunately decisions are being made which make me question what the future will hold for all town employees.”

The Independent reached out to Ms Jones and the town of Kenly for comment on the resignations but did not hear back immediately.

The Post and Courier reported back in May 2016 that Ms Jones, a Black woman, had previously sued her employer – Richland County, S.C. – alleging, in part, that she’d been fired from her position for being a whistle-blower about problems within the county’s transportation penny tax program.

Ms Jones, who was employed as a manager of research and an assistant director with the county, alleged in the lawsuit that she faced gender, racial, and disability discrimination after she was terminated.

The suit was initially filed in state court and then moved to US District Court before being voluntarily dismissed. Court records never disclosed why the case was dismissed, according to WRAL.