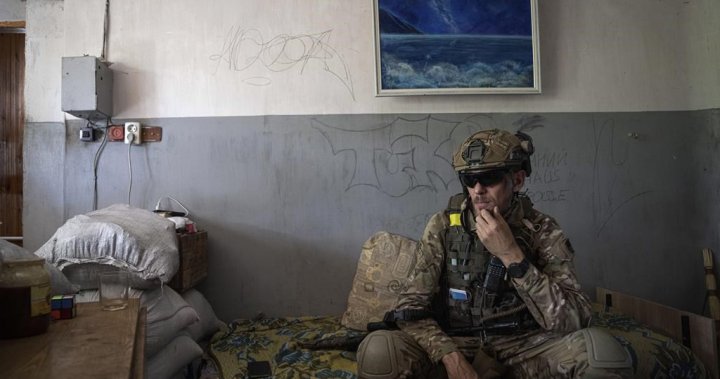 Russian missile strikes in Ukraine’s southern city of Mykolaiv killed at least five people, Ukrainian authorities said Wednesday, part of a series of artillery and missile barrages across the country in the past day that left at least 10 dead and dozens wounded in eastern and southern regions.

While Mykolaiv has repeatedly been the target of Russian fire in recent days, Russian missiles also struck the city of Zaporizhzhia on Wednesday, an attack that could signal Moscow’s determination to hold onto territory in Ukraine’s south as it aims to fully conquer the east. Ukrainian forces have stepped up actions in a bid to reclaim more territory in the south.

Also Wednesday, the top U.S. diplomat accused Russia of committing a “war crime” by forcibly deporting hundreds of thousands of Ukrainian men, women and children to Russia with the intention of changing Ukraine’s demographic makeup.

Some of the civilian deaths occurred in the Donetsk province, which is part of a region the Kremlin is intent on capturing. The city of Bakhmut faced particularly heavy shelling as the current focus of Russia’s offensive, Donetsk Gov. Pavlo Kyrylenko said.

In the adjacent Luhansk province, which Russian and separatist forces have all but conquered, Ukrainian soldiers battled to retain control of two outlying villages as they came under Russian shelling, Gov. Serhiy Haidai said.

Luhansk and Donetsk together make up the Donbas region, a mostly Russian-speaking region of steel factories, mines and other industries.

The Russians are “deliberately turning Donbas into ashes, and there will be just no people left on the territories captured,” Haidai said.

In the Russian attack on the southern city of Zaporizhzhia, two cruise missiles hit a factory and wounded 14 people, Ukrainian officials said. The regional governor posted a photo showing the rubble. The UNIAN news agency said the factory management had evacuated the staff to bomb shelters, which it said may have saved their lives.

“Russian authorities must release those detained and allow Ukrainian citizens forcibly removed or coerced into leaving their country the ability to promptly and safely return home,” Blinken said in a statement.

Blinken said an estimated 900,000 to 1.6 million Ukrainian citizens — including 260,000 children — have been interrogated, detained and deported to Russia, with some sent to the country’s far east.

Bliken cited mounting evidence that Russian authorities are detaining, torturing or “disappearing” thousands of Ukrainian civilians who Russia considers a threat because of their potential ties to the Ukrainian army, media, government or civil society groups. Some Ukrainians, according to reports, have been summarily executed.

“President Putin and his government will not be able to engage in these systematic abuses with impunity. Accountability is imperative,” said Blinken. “The United States and our partners will not be silent. Ukraine and its citizens deserve justice.”

Meanwhile, Ukrainian and Russian officials met face-to-face Wednesday for the first time in months. Military delegations from the two countries, along with Turkish and U.N. officials, discussed a potential deal to get grain out of Ukraine’s blockaded and mined ports through the Black Sea.

Ukraine is one of the world’s largest exporters of wheat, corn and sunflower oil, but Russia’s invasion has halted shipments, endangering food supplies in many developing countries and contributing to higher global prices.