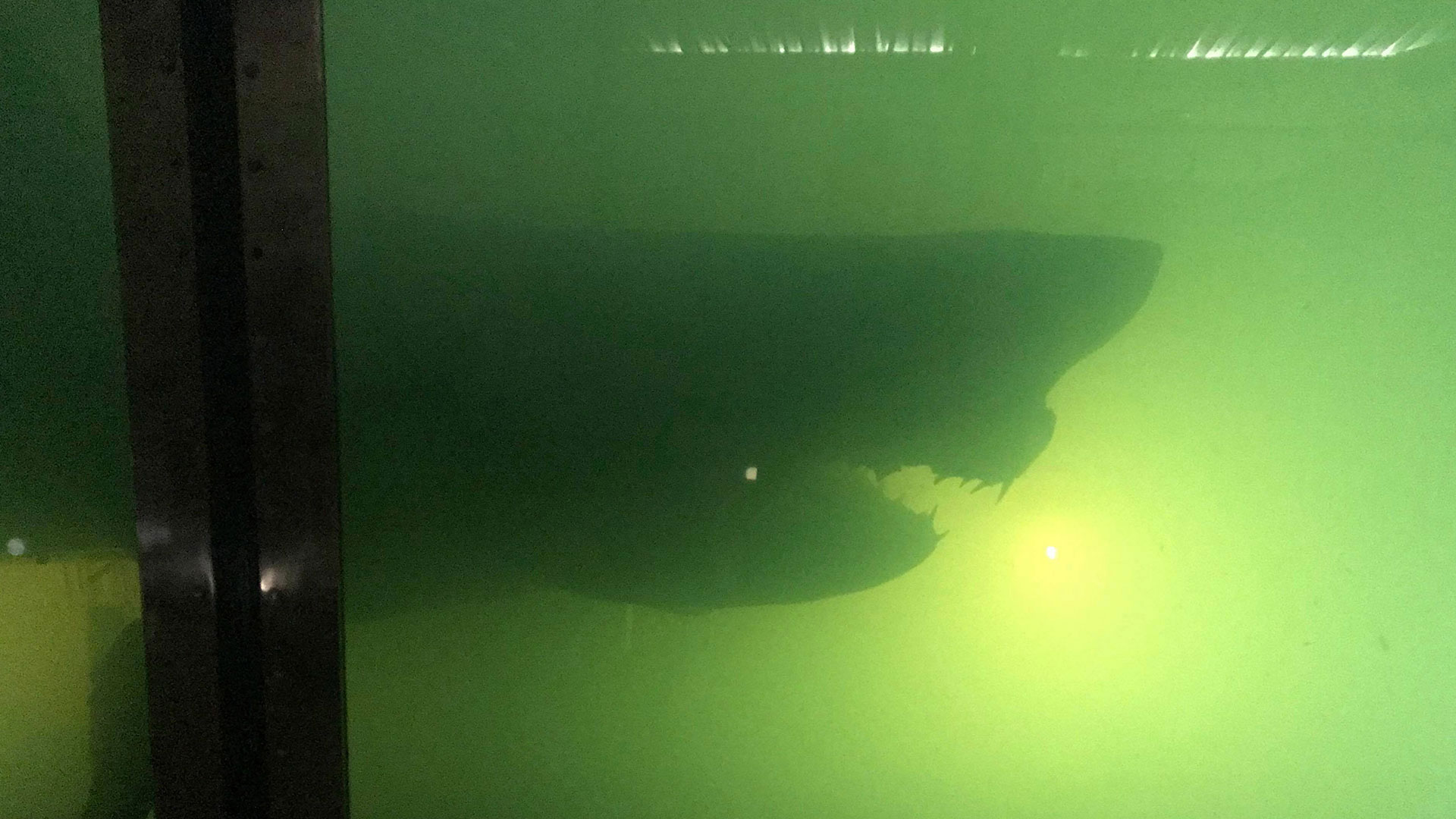 AN ABANDONED zoo where the remains of a great white shark were left floating in a tank have been pictured, 10 years after the attraction welcomed its last visitor.

Footage shows the huge four-metre predator nestled deep in the once bustling grounds of the Wildlife Wonderland Park in Victoria, Australia.

The taxidermy shark was suspended in a green tank of formaldehyde and had almost all of its razor-sharp teeth intact.

The eerie find had been captured by urban explorer Luke McPherson, who uploaded a video of the unlikely discovery to social media.

He said: “Once I got the light behind the tank I was like ‘wow that’s creepy!’

“The fumes were so bad you couldn’t last longer than a minute in that room, the formaldehyde must have been evaporating.”

He added: “The tank was huge and in bad condition, with a rusting metal frame and smashed panels of glass and trash thrown inside.”

The shark – who was later named Rosie – reportedly died in a fishing net in 1998 and was kept in the tank until the park was shut down in 2012 following concerns over animal welfare.

It then remained an unknown quantity until the trepid explorer’s post went viral – racking up more than 11 million views in a few months.

It sparked a surge of interest in the female white as some individuals attempted to break into the park after it was abandoned in 2012 to see the beast for themselves.

Meanwhile, others reportedly attempted to vandalise and destroy Rosie’s tank.

But, thanks to a public call for the shark to be moved to safety, she was rehomed at local Aussie business Crystal World and Prehistoric Journey in February 2019.

At the time an employee, Shane McAlister, told MaiOnline: “To bring her back and actually put her on show for people is a once-in-a-lifetime opportunity to do this and I’m just very blessed and proud to be a part of it.

“Rosie herself has had a pretty amazing journey.”

Trent Hooper, who founded the Save Rosie the Shark Facebook Page, also added his delight.

“She was close to being destroyed and thrown away,” he said.

“It’s such a great outcome. Australia rallied together to save Rosie and get her a forever home at Crystal World.”