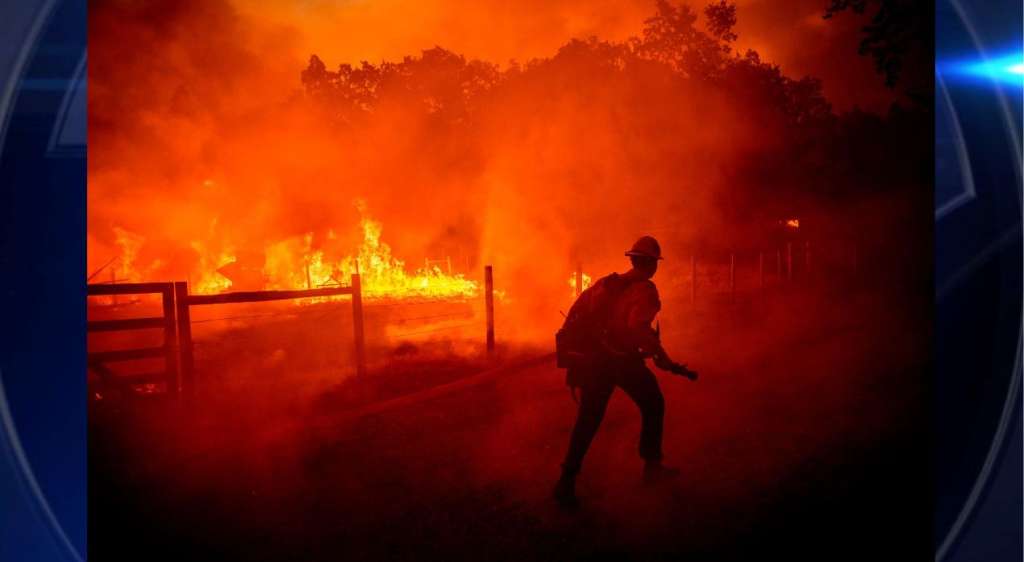 The fire began Friday in the foothills of the Sierra Nevada near the small community of Midpines, roughly a 9-mile drive northeast of the county seat, the town of Mariposa, state fire officials said.

Flames tore through trees and sent thick smoke into the sky Friday, and in at least one rural area burned close to homes and parked vehicles, video from CNN affiliates KFSN and KGO showed.

“(Authorities) came by … and told us everybody’s got to go,” Wes Detamore, a resident of the Mariposa Pines area, told KFSN Friday.

Electricity service in the area stopped at about 4 p.m. Friday, “and the fire has been coming towards us faster and faster,” Detamore said.

The fire has destroyed at least 10 structures, the California Department of Forestry and Fire Protection, known as Cal Fire, said Saturday without elaborating. The blaze is threatening 2,000 other structures, Cal Fire said.

It had burned 6,555 acres by Saturday morning and had no containment, Cal Fire said. Fire activity was extreme, and emergency personnel were working to evacuate people and protect buildings, the department said.

More than 400 personnel, as well as 45 fire engines and four helicopters, have been assigned to fight the flames, Cal Fire said.

Nick Smith told CNN his parents’ home burned down as a result of the fire. His parents, Jane and Wes Smith, lived in their Mariposa home for 37 years, he said.

“It’s pretty sad to see the house that I grew up in and was raised in gone,” he said. “It hits hard.”

Smith told CNN that his father is a Mariposa sheriff and was working on the fire when his mother, Jane, had to evacuate. She had time to load their horses and get out of the area, according to Smith.

“They had just the clothes on their back and the shoes on their feet,” he added.

In the meantime, the couple is staying with friends and family. Smith created a verified GoFundMe to support his parents and help them overcome their loss.

“They lived in their home for over 37 years, and now have lost everything,” Smith wrote on the GoFundMe. “37 years of memories, generations of family treasures, and countless more sentimental things. Although these are materials, it is devastating to lose everything literally in the blink of an eye without notice.”

Evacuations have been ordered for certain areas in Mariposa County south and east of the fire, as shown in an online map. The evacuation zones did not include the town of Mariposa.

A Red Cross evacuation center has been established at an elementary school in Mariposa, Cal Fire said.

The blaze is a few dozen miles southwest of Yosemite National Park’s southern edges, though the park is closer when measured by a straight line.

The Oak Fire is the largest of California’s currently active wildfires of note, which numbered at least six Saturday morning, according to Cal Fire.

The second-largest, the Washburn Fire, has burned in and near southern Yosemite National Park for more than two weeks. It had burned more than 4,850 acres and was 79% contained by Saturday morning, according to InciWeb, a US clearinghouse for fire information.